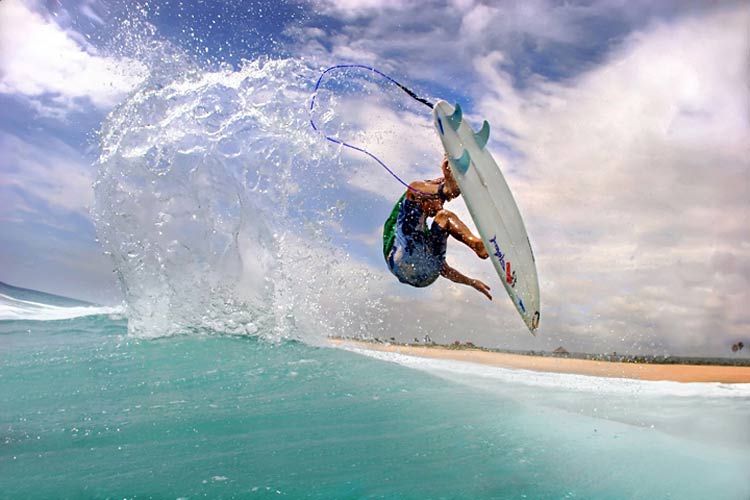 Thanks to Patrick Ruddy / Creative Commons BY NC ND

A surfer scoring some unreal surf on a remote beach break in Cabo.

Heading to Baja California? Here's where to find the best waves

Beginners, experienced and even pro surfers make their way to the shores of Los Cabos every year to ride its waves. Not only is the popular Mexican destination fairly cheap to visit and has warm waters year round, it also affords some of North America’s best and most diverse point breaks for different skill levels. 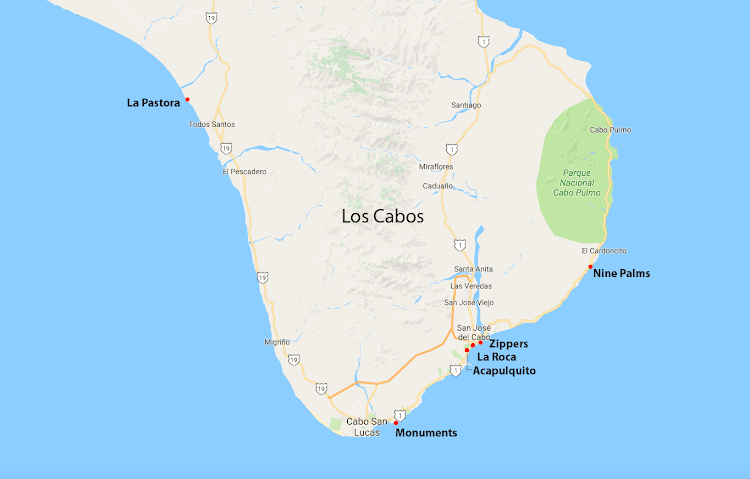 Cruiseable mapBest beaches in Los Cabos for surfing and for watching surfers. Click to enlarge.

There are over 20 breaks in Cabo, spanning Baja California’s southernmost coast from the East Cape all the way to Todos Santos in the Pacific, but these six are among the best. 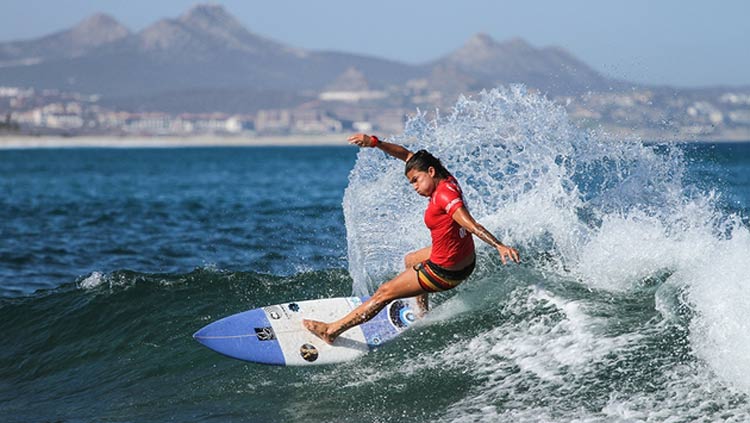 At Zippers in San Jose del Cabo, you'll find good Mexican food, live music on the beach and challenging, fast-breaking waves. This point break, which has been playing host to the annual Los Cabos Open of Surf since 2013, boasts nice and long speed waves that are popular with surfers in the area. It can get pretty crowded, however, and quite competitive, so if you’re not quite ready to tackle its waves, it’s best to stay out of the way and stick to watching the more experienced surfers do their think. Be sure to grab some fish tacos to eat at the restaurant right on the beach.

It’s about an hour’s drive north from Cabo San Lucas to just outside of Pueblo Mágico Todos Santos on the west side of Baja California, but La Pastora — considered the area's marquee big-wave spot — is definitely worth the drive. This unspoiled spot offers super-fun big right breaks on northwest swells and at times really good left ones. Because of its rocky bottom and big winter swells, it may be best left for the more experienced lot. After your session, a short visit of Todos Santos may be worth your time, especially with the number of top-notch restaurants they have in town. 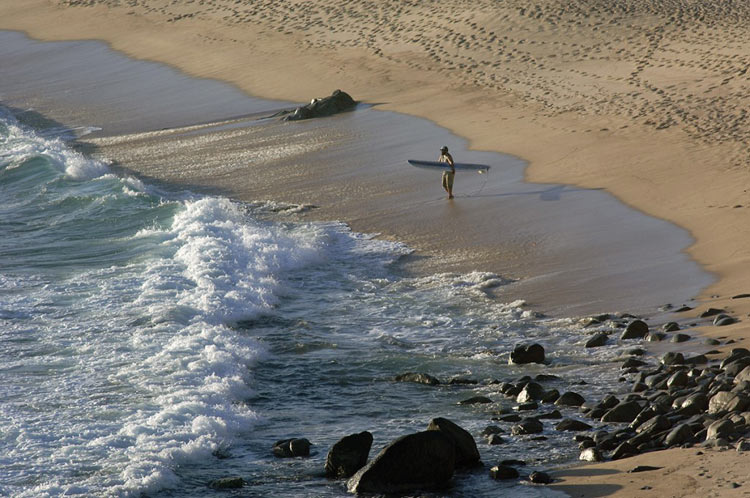 Monuments, like the two mentioned above, is best left to the seasoned surfers. This cove has some good-size yet tricky left point breaks as well as an abundant number of massive rocks that protrude out of the water, making it treacherous for non-experienced surfers. The good news is it’s only about 10 minutes east of Cabo San Lucas, located right next to Missiones del Cabo, so it’s an easy surfing spot to get to when you’re ready to tackle its waves. For sight-seers, this is your most convenient spot to see some great surfing action.

Also called Old Man’s because of the older locals that used to frequent it, this point break directly in front of Mike Doyle Surf School may get mostly smaller and slower waves. But it is worthy of a mention because it’s the best spot in town for beginners to learn the sport. There are other great breaks for beginners of course — like Los Cerritos and Pescadero — but this one is perhaps the best. Its gentle waves and the fact that there are fewer sea urchins here make it a perfect choice for students and surf instructors. 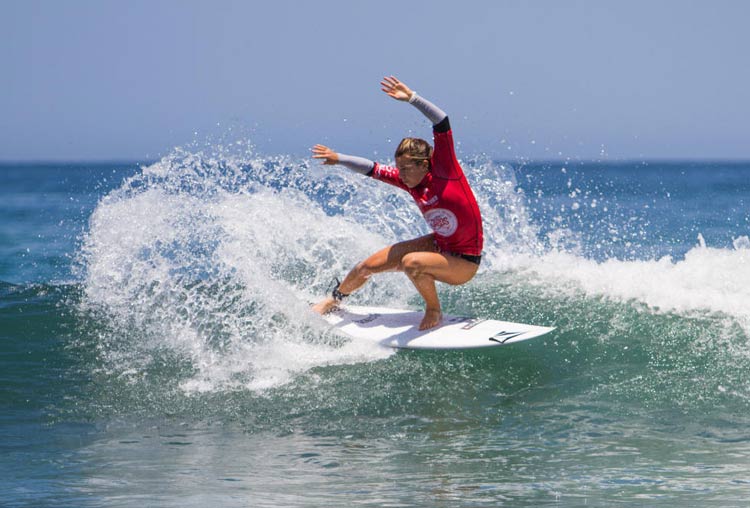 Courtesy of ITravelCabo.comA surfer competes in the Cabo Surfing Championship at La Roca.

Within paddling distance of Acapulquito along Costa Azul is La Roca (The Rock), a right point break that produces waves faster than Acapulquito. Three- to four-foot waves gain a bit of extra speed here and may get up to 10 feet due to tropical storms. The Rock can also produce barrels, making it a favorite among the more advanced surfers.

Perhaps fathest afield, Nine Palms (9 Palmas), according to Gabriella Calero Capderila of Costa Azul Surf Shop, has breaks for all skill levels, even beginners. Also called Rancho Santa Elena, this right point break on the Eastern Cape not only has consistent waves that give surfers nice, long rides. It’s also a favorite among locals because there are barely any people around and it’s great for an overnight surfing trip with friends.