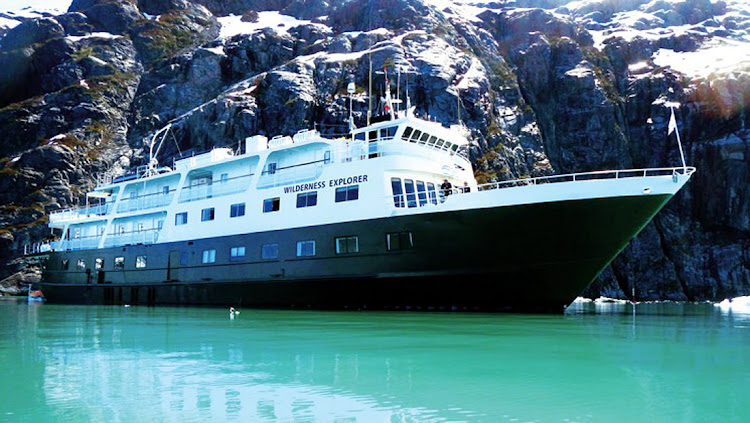 Imagine seeing so much on your first few days in Alaska that by day six you're bored when you see only three whales and four bald eagles. Crazy, right? 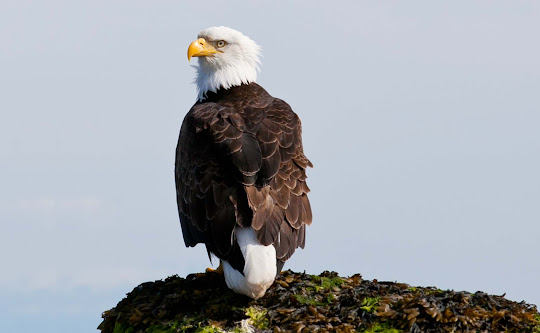 JD Lasica / Special to CruiseableHalf of all bald eagles in the world live in Alaska.

I'm not saying that's how it went during my weeklong sailing with Un-Cruise Adventures, but we got so spoiled that we expected to see something amazing every day.

That feeling of entitlement was all because of how our first day unfolded during our cruise in Southeastern Alaska on the Wilderness Explorer. For many of the three dozen passengers, the destination had been on their wish list for a long time.

And like most visitors to Alaska, they had specific animals and natural phenomena that they hoped to see. They just didn't expect to knock off so many within the first 20 hours or so of the voyage. Here is how that fantastic first day went, with the next highlight almost always better than the previous one, as if Un-Cruise had scripted the events to create a brochure.

Day 1 out of Juneau

We woke after a night of sailing away from our port in Juneau to find that we had made it to Tracy Arm Fjord. (I'll boldface each of the highlights to call them out.) Cracking open our cabin doors, the sight of large ice chunks and "bergy bits" (pieces of icebergs) floating past the boat elicited plenty of oohs and aahs. We were now in remote Alaska on our way toward Sawyer Glacier.

Harbor seals and arctic terns were spotted resting on the ice formations floating past. Bald eagles swooped through the skies.

After breakfast we gathered at the bow of the boat, which has a spacious outdoor viewing platform. Capt. Clark Smithson, who has plied Alaskan waters for 30 years, made an approach toward a raging waterfall streaming down a rock wall. The boat slowed, and the captain positioned us directly in front of the waterfall, giving opportunities for great pictures. Then, we crept closer. And closer. Closer still, until we were seemingly able to reach out and touch the flowing white waters. The walls were carved millennia ago from glaciers and sit at such a sheer angle to the fjord canal that boats can get incredibly close. 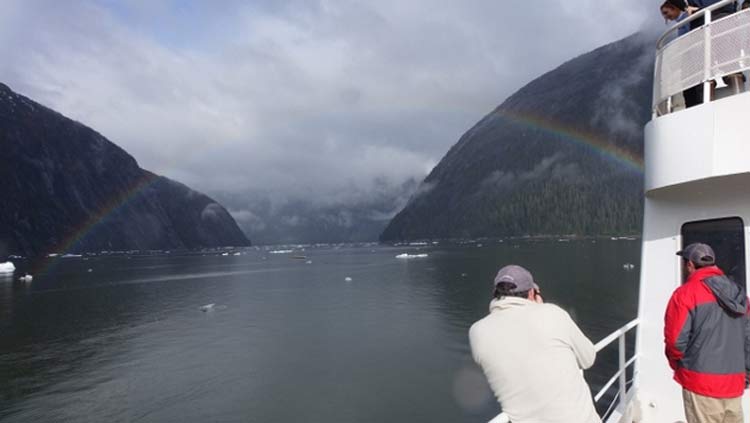 Photo by John RobertsA rainbow stretched across the channel as we made our way toward Sawyer Glacier.

We loved it! Then, just as we reached the nearest point to the falls, the sun started to break through the clouds and a rainbow stretched from end to end over the width of the fjord, perfectly framing the Wilderness Explorer.

Huge chunks of ice dropped into the waters below … and two seconds later, we heard a thundering sound. Boom!

We ventured a little deeper into the canal, but the volume of ice increased and blocked our path. We wouldn't be able to get to Sawyer Glacier. Undaunted, the captain and crew called an audible. We would sail to Endicott Arm with the goal of reaching Sawyer Glacier. Like I said, things worked perfectly for us on the first day of sailing, so you it's no spoiler here to let you know that our forced diversion worked out brilliantly.

We had a few hours of sailing to reach the new destination, so we had time for lunch. On the way to Endicott Arm, our expedition guides and fellow passengers kept alert for any wildlife in the waters or onshore. We spotted a couple of gray whales and made a brown bear sighting, too. The creature was grazing for food along the shore off our port side, and we idled for about 30 minutes to watch his movements. (This ended up being the lone bear sighting of the trip.) 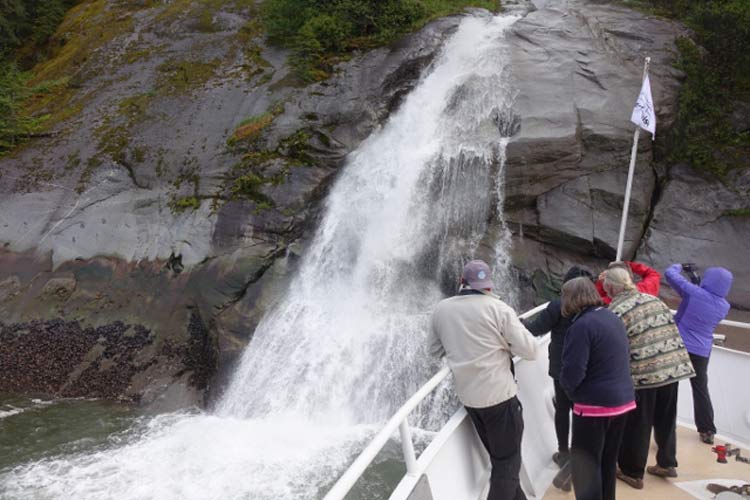 Photo by John RobertsA waterfall streams down a rock wall, almost close enough to touch, during our cruise on Wilderness Explorer.

At Dawes Glacier, nature in the raw

Our initial day in Alaska was turning out to be incredible, and the cherry on top was when we arrived at Dawes Glacier and boarded skiffs to get even closer to the massive ice formation. We viewed more birds and waterfalls and dipped our hands in to scoop out and examine a few giant compressed glacial ice cubes. The air was noticeably colder as we got near the glacier.

Then, as we passed back and forth about 400 yards from the face of Dawes Glacier, we spotted movement near a massive blue-colored ice cave at the base. More falling ice, and the calving started. Huge chunks dropped into the waters below … and two seconds later, we heard a thundering sound. Boom! The large piece at first submerged them launched back out of the water — a "shooter." We had just witnessed an iceberg being born. Waves radiated toward our small boat. The glacier calving continued for another hour, as different sections of Dawes crumbled into the waters.

By now, we had returned to the boat from our skiffs to warm up, have a beer and watch from the lounge. Waves gently rolled the ship, which sat about a half mile away as the calving continued.

A final act of a magical first-day performance by the Last Frontier reaching its crescendo!

John Roberts, founder of In the Loop Travel, wrote this for TravelPulse.

John Roberts
Travel writer John Roberts is the founder of In The Loop Travel, offering expert tips, tricks and reviews on cruises and active adventures.