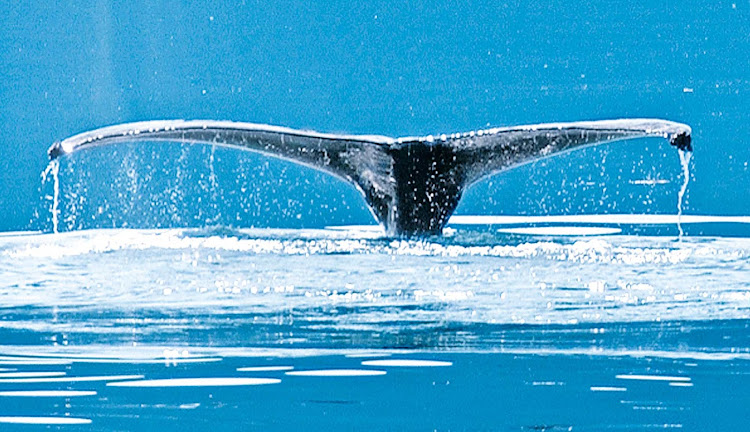 A humpback whale off the coast of Alaska during a Princess Cruises sailing.

Take in these magnificent creatures, from whales to wildebeests

People are not the only travelers on the planet. Animals like to get around, too. And their migrations make for some of the most fascinating nature shows that cruisers and adventure travelers can take in.

No two journeys are alike since some take place below the ocean's surface and some on land, but if you do encounter these wild adventures, their magnetic movements will guarantee a lifetime of profound memories. So take a trip to the wild side and explore the way these migratory animals travel for food, to nurture their babies or simply need an escape for the winter.

Not only do people enjoy Hawaii’s idyllic weather, so do humpback whales.  That’s why the sea giants have made Hawaii’s warm blue depths their winter home.  Traveling thousands of miles to escape the Gulf of Alaska’s frigid waters in December to May, no other sea animal puts on a performance like the humpback whale in the Pacific.

Along with acrobatically rising out of the water for air and splashing, their harmonious song resonating below the surface is just as elegant as the movements of the animals. And if they’re not splashing and spouting huge amounts of the Pacific into the air, they are caring for their calves.

The whales typically grace all the islands of Hawaii with their presence, but to fully capture their beauty, whale watching on the shores of the Auau Channel — between Molokai, Lanai and west Maui — or on a ship may be your best bet.  Either way, a pair of binoculars will come in handy.

Peak season: From mid-December through mid-April

You’ll have to brave cold conditions to get a front row seat of this trek, but some chilly temps might be worth witnessing the emperor penguin waddle across the ice.

This remarkable journey may be shorter than many migrations across the globe, but it is definitely one interesting show. The penguins migrate up to 100 miles to breed around March. Once they reach their new home for about a year, the females lay their eggs and then leave them under the protection of the males while they head to the sea for food.

About four months later the eggs will begin to hatch, and once the females return with full stomachs, the males then head to the ocean to feast. But before they return, females take one last dip before they begin their parenting roles of alternating feeding trips to the ocean and caring for their young ones.

Whether on TV or entertaining a crowd with their tricks and flips dolphins have always captured our hearts. And the same can be said when they are left free to roam the ocean.

The bottlenose dolphin never ceases to amaze its spectators — especially in the months of May to September when North Carolina’s Outer Banks are buzzing with activity. Not just by tourists who enjoy basking in the state’s idyllic luxuries, but by these friendly marine animals that grace the Atlantic with their presence to birth their babies. Dolphin-watching from boats is a popular pastime of the islands, and from the shore seeing their fins sliver along the sea is always an exciting sight.

Peak season: May to September

When it comes to making that yearly round trip, northern elephant seals take first in the mammals category. That’s because they have not one but two migration periods and can travel an astonishing 13,000 miles. The northern elephant seal’s migrations might just be one of earth’s most exquisite natural displays that doubles as a journey of preservation because it's one of the very few species of the seal left. Nevertheless, their extraordinary strides for food frequently go unnoticed by many people because their journey often takes place beneath the Pacific Ocean.

But in between diving a few thousand feet and swimming for about an hour at a time, when they do finally pop their heads out of the water, the males can be seen hunting in the cold Gulf of Alaska while females venture a bit farther. After they have sampled the seafood of the ocean, they return to the seaside cliffs of California and Mexico to breed and begin their journey to the north once again in December.

It's beast vs. beast in this amazing race to find water and food during the Great Wildebeest Migration. And by the hungry look in their eyes and the rumble of their feet treading across Africa’s landscape and swimming across vast waterscapes, this herd is on the loose.

Charging their way through Masa Mara, Serengeti and other parts of Africa, this migratory show, which features more than 1 million wildebeests, is an extraordinary adventure for lovers of nature from July to October. It is also a survival of the fittest for these wildebeest as they not only brave the wet and dry seasons of this endless journey, but have to keep a watchful eye for predators like crocodiles, lions and hyenas hoping for a midnight snack.

There are several ways to get up close to this natural wonder — whether it is on land or way up in the sky. From safari operators to hot air balloon trips and jeep excursions, the Great Wildebeest Migration is an amazing spectacle you'll never forget.

This article was compiled from Cruiseable news services and staff research.