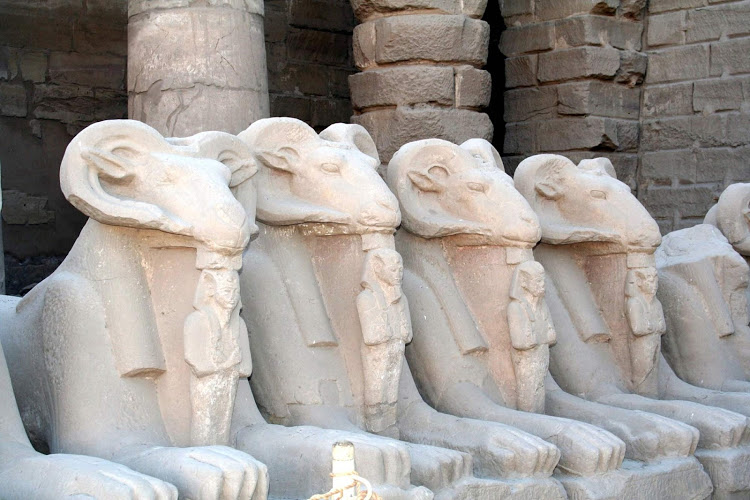 Ram statues at Karnak Temple complex at Luxor, Egypt, near the banks of the River Nile.

7 wonders of Egypt to see on a cruise

I put my feet in the warm brown sands of the Sahara. I had finally made it to Egypt, land of so much history and so many mysteries.

I found that a 12-day trip with Viking River Cruises is the perfect way to explore the country and all of its ancient relics, structures and fascinating tales of pharaohs, wars and shifting religions.

Whether you are visiting on a Nile cruise, exploring with a land-based tour or just wandering through the desert on your own, don't miss these seven wonders of Egypt — all require entry fees of between $5 and $10. 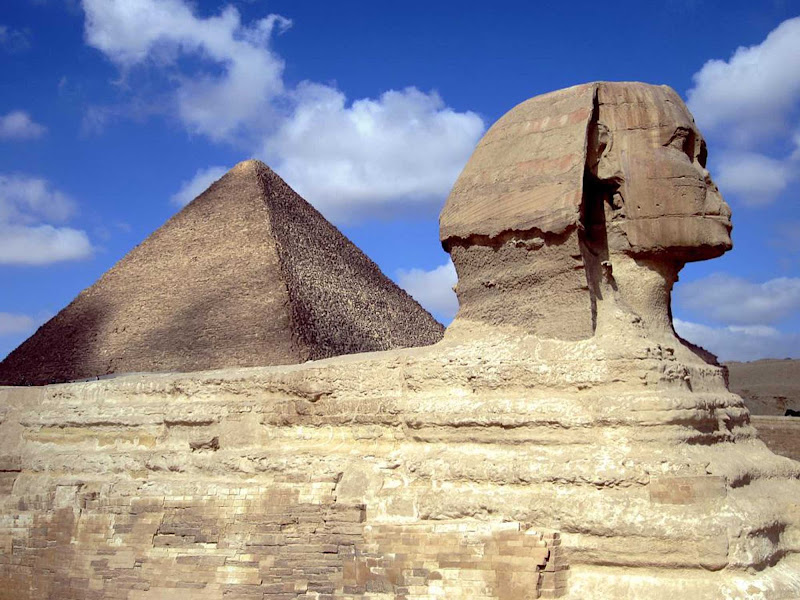 One of many sphinxes you'll see in Egypt, the Great Sphinx is the noseless icon looming near the Pyramids of Giza complex — carved from the bedrock of the Giza plateau and comfortably stretched out on the sands with the head of a human and body of a lion.

Much about when and why the Sphinx was constructed is unknown, but the most popular theory says it dates to the around 2,500 B.C. and was commissioned by King Khafre of the 4th Dynasty. It measures 66 feet high, 241 feet long and 63 feet wide and is one of the few monuments from Ancient Egypt with no inscriptions. Myths state that Napoleon's army shot the nose of the Sphinx, but drawings show the nose was missing prior to Napoleon's arrival in Egypt. Instead, it is likely the Turks used it for target practice. 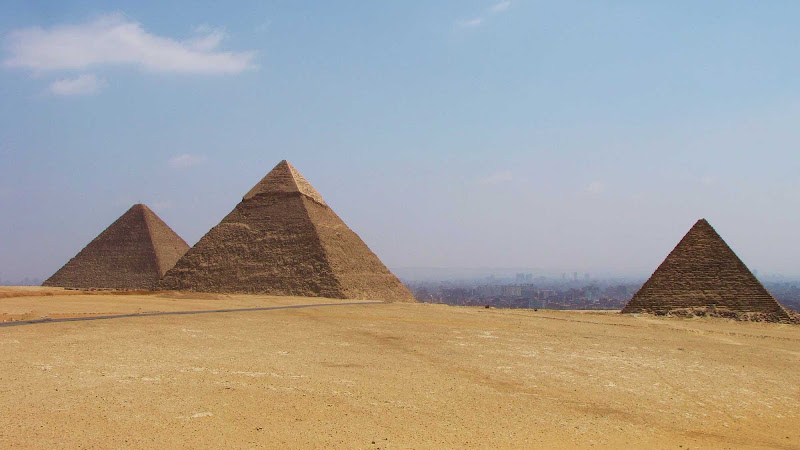 Egypt is home to 123 pyramids (discovered so far), and none are more famous than the three famous stony triangles that fill the skyline over the desert in Giza and our notions of what Ancient Egypt looks like in pictures. They were built in the 25th century B.C., and viewing them in person is amazing. You can walk right up and touch the centuries-old structures we know from the pages of our history books.

The largest, Great Pyramid, is the oldest of the Seven Wonders of the Ancient World and the only one that remains mostly intact. You can pay a fee to venture inside a passageway all the way up and to the center of the Great Pyramid. 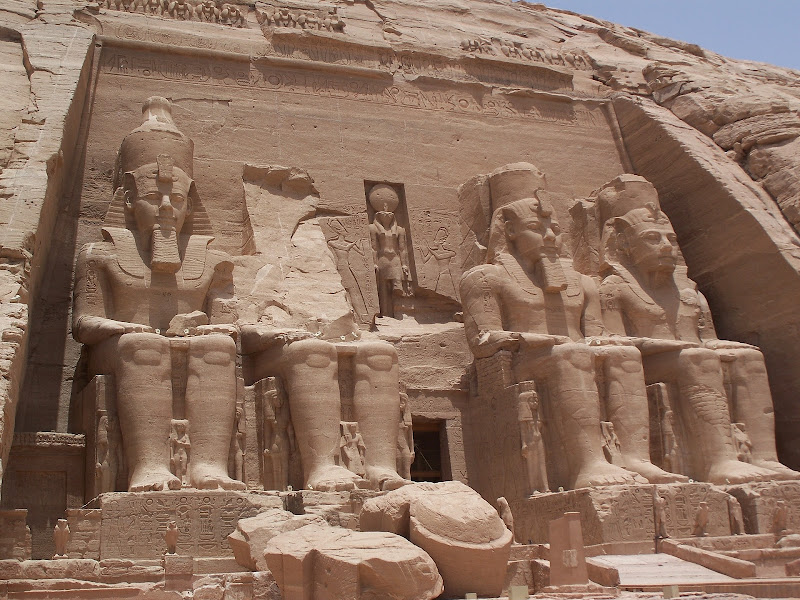 Two temples were cut into solid rock cliffs along the Nile River in southern Egypt in the mid-12th century B.C. and honor the country's longest-ruling pharaoh, Ramses II, and his favorite wife, Nefertari. The scope and size of the 10 statues that rise more than 30 feet high at the entrances of the temples is impressive enough.

But the story behind how this complex was cut into blocks, moved from its original location and reassembled in the town of Abu Simbel is even more incredible. Engineers and workers from around the world worked fast to save this site and other temples from Nile flooding that created Lake Nasser in the 1960s during construction of the Aswan High Dam. 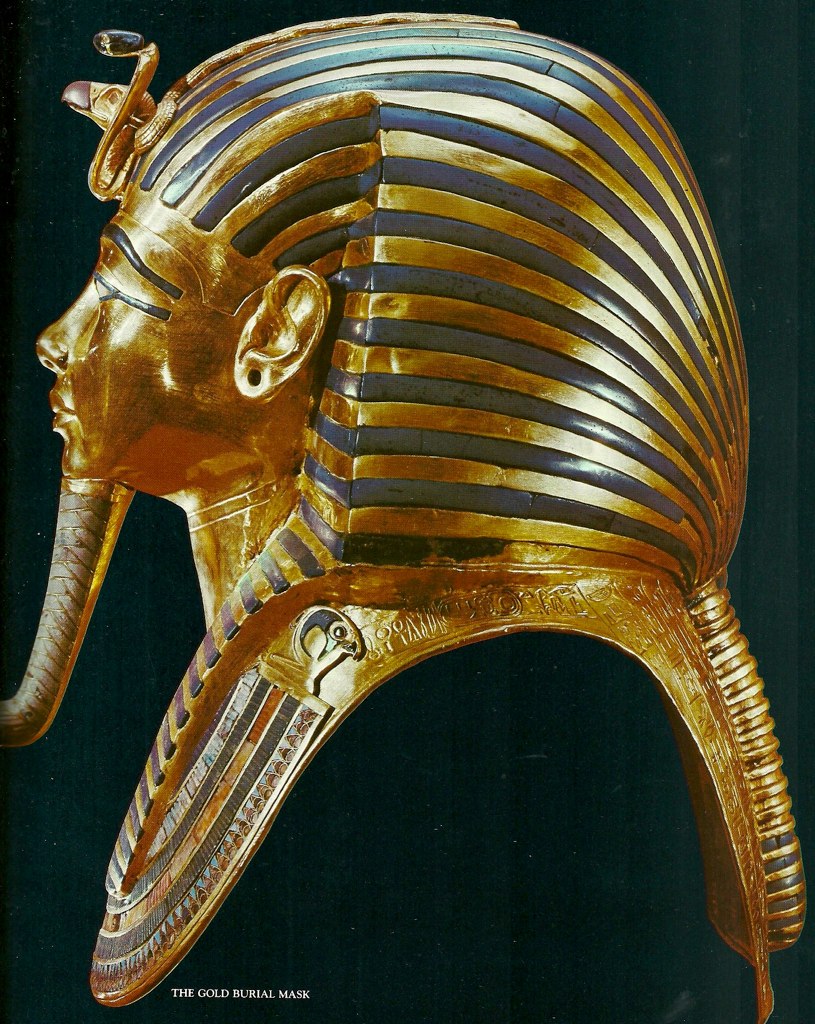 Nathan Hughes Hamilton / Creative Commons BYThe golden burial mask of King Tutankhamen, from about 1323 BC, at the Egyptian Museum.

Swing by the Egyptian Museum in Cairo to see all manner of Egyptian history on display (pay a camera fee to take pictures). The museum is packed with mummies (human and animal), statues, artwork, furniture, tools and the jewels and funeral mask of King Tutankhamen, the boy king who died at 19 after ruling for nine years. 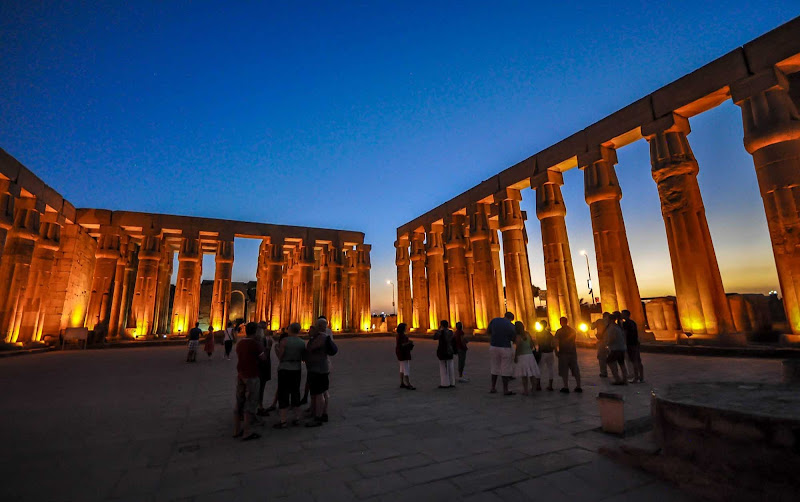 Jorge Láscar / Creative Commons BY-SAVisit Egypt and relive the magnificence of the Temple of Luxor, built by Amenhotep III near the banks of the Nile. (Click to enlarge.)

Valley of the Kings

In Luxor, this scenic valley was used for burial chambers of nobles and pharaohs for nearly 500 years between the 16th and 11th centuries B.C. So far, 64 tombs have been discovered, and you can walk through the complex and descend into the resting places, which include that of King Tutankhamun.

In 1922, Howard Carter, an English archaeologist, discovered the tomb. Tut is so famous because his tomb is the only one that was discovered unplundered by thieves, thus yielding a trove of valuable relics that are on display at the Egyptian Museum.

Tut's mummy remains in his tomb, which is an added fee to access when visiting the Valley of the Kings. You'll be stunned by the preserved color carvings and etchings on display in all the tombs you can visit at this site. While in Luxor, check out the Temples of Karnak and Luxor, too! 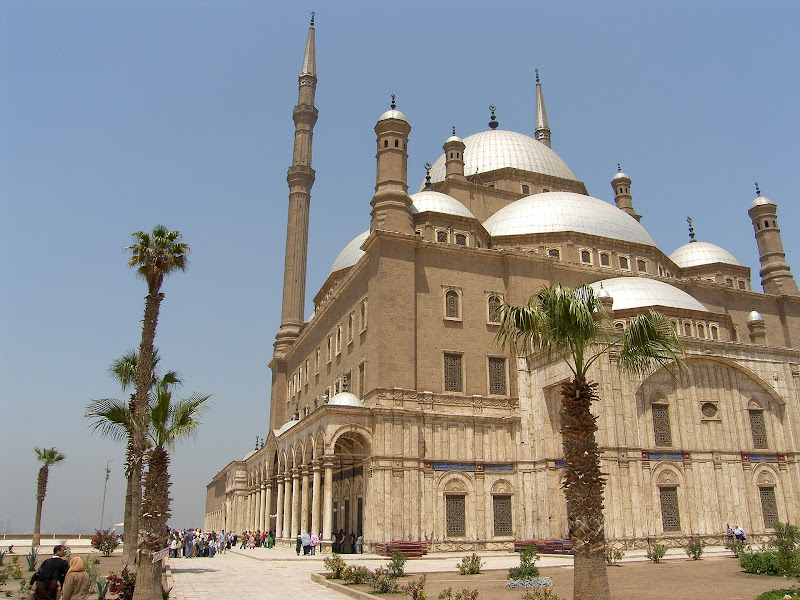 lyadThe Mosque of Muhammad Ali in Cairo. (Click to enlarge.)

This alabaster Mosque of Muhammad Ali is a cool photo opportunity, as it sits high up in the Citadel of Cairo. A city landmark, the Mosque of Muhammad Ali was completed in 1848 and features a lovely courtyard from which you can look out over Cairo. Muhammad Ali, who is regarded as the founder of modern Egypt, built the mosque in honor of his oldest son, who died in 1816. 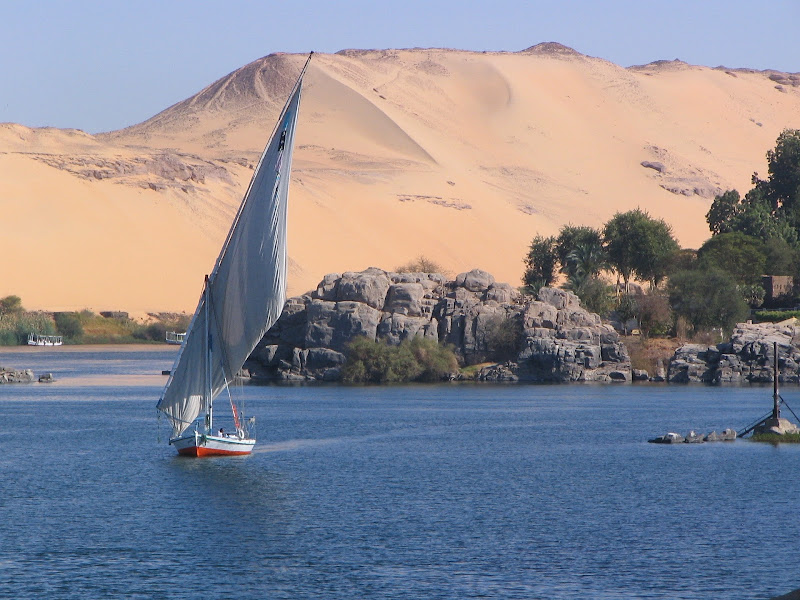 KHGrafView of Lake Nasser created as a result of the construction of the Aswan High Dam across the waters of the Nile between 1958 and 1970. (Click to enlarge.)

A hugely important project for Egypt, the dam was completed in 1970 and allowed the Nile flooding to be controlled, creating a major impact on the economy as irrigation was generated as desired for distinct agricultural planting seasons. The dam birthed Lake Nasser behind it, which generated several negative side effects, too. Thousands of peasants and nomads in the region of Nubia in southern Egypt and northern Sudan had to be relocated from their ancestral lands.

Safety: The State Department recommends that U.S. citizens traveling in Egypt avoid the Western Desert and the Sinai Peninsula beyond the resort town of Sharm El-Sheikh.

Cruise options: Viking's MS Mayfair and Uniworld's River Tosca are among the cruise ships that call on Upper Egypt.

John Roberts
Travel writer John Roberts is the founder of In The Loop Travel, offering expert tips, tricks and reviews on cruises and active adventures.