St. Petersburg port guide: What to see in Russia's most beautiful city

Fashioned by Peter the Great as Russia’s window on the West, St. Petersburg recalls the heyday of the tsars, yet is cosmopolitan and up-to-the-minute. Whether you're visiting for just a few hours on a cruise stopover or spending a couple days in St. Petersburg, this Russian port on the Baltic Sea has turned into a major European cultural center.

Perched on the banks of the Neva, the city is crisscrossed by canals. In the course of a single day, a visitor will come across Imperial palaces, superb art museums, historic churches and inspiring architecture. Russia's second largest city awaits visitors with a breathtaking cityscape that you'll long remember. This is Russia's most beautiful and Western city, and even when crazy stuff is happening elsewhere, business and art go on as usual in St. Petersburg, the longtime cultural soul of Russia. 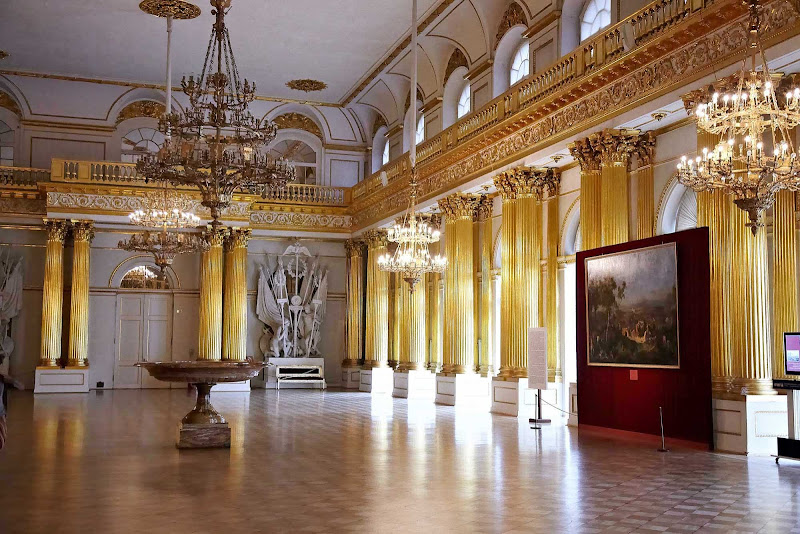 Courtesy of Royal Caribbean InternationalTake a tour of the magnificent Hermitage Museum during your shore excursion in St. Petersburg.

Top things to do & see in St. Petersburg

After the Louvre, The Hermitage is the second largest art museum in the world and is a treasure trove with whole rooms of works by Leonardo da Vinci, Rembrandt, El Greco, Goya, the Impressionists and many more. It’s also the former winter palace of the tsars, so the rooms themselves are sights to behold. Among them is the Malachite Room, with its personal items from the Romanov family.

The huge gold dome of the immense 19th-century St. Isaac’s Cathedral, the largest in the city, is a landmark that took over 40 years to build. Inside, you’ll see magnificent mosaics and splendid city views form the top of the colonnade.

Church of the Resurrection of the Christ

Church of the Resurrection of the Christ was modeled after St. Basil’s Cathedral in Moscow and is a marvel of onion-shaped domes, mosaics and an altar studded with semi-precious gems.

Many of the Russian czars are buried in the Peter and Paul Fortress, built in 1703 by Peter the Great to protect the city against Sweden and other Western powers. It served as a prison up until 1917, with inmates that included Peter the Great’s son, Alexei, who was charged with treason. The complex includes the Baroque-style Cathedral of Saints Peter and Paul. 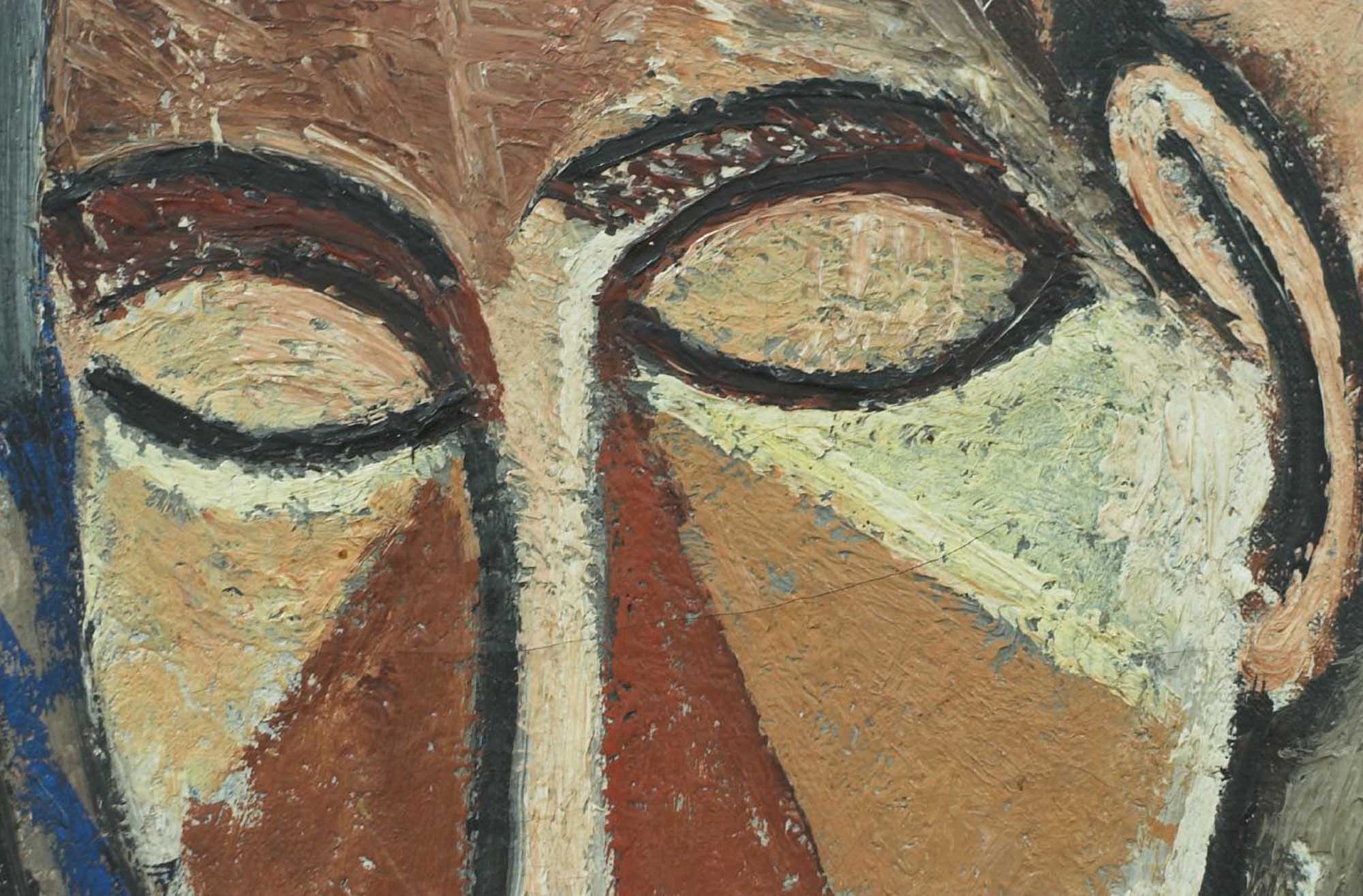 My Past / Creative Commons BY The Hermitage in St. Petersburg, Russia, has two entire rooms filled with Picasso paintings.

Great artworks, religious icons and other artifacts pertaining to the history of Russia from the 12th century onward are displayed in the Russian Museum. It is housed in a former palace with lovely adjacent gardens to stroll around in.

Both of the Peterhof and Pushkin Palaces are located outside of the city and can be toured together or separately. Peterhof, built by Peter the Great, is often called the Russian Versailles because of its magnificent interiors, including the tsar’s original Oak Study Room and gardens. Catherine the Great’s palace in Pushkin is equally sumptuous, especially notable for its Amber Room, which took 20 years to recreate after it was plundered by the Nazis during World War II.

Brightly colored nesting dolls, which come in designs from traditional to contemporary, and lacquer boxes are among the most popular local souvenirs. St. Petersburg is also a good place to find amber jewelry and religious icons. The Hermitage gift shop is an especially good place to browse for quality items. The many street vendors throughout the city, most prevalent along Nevsky Prospekt, the main commercial thoroughfare, are good sources for inexpensive souvenirs. The Galeria is the city’s main shopping mall, offering 290 shops as well as cafes and restaurants.

Fans of the opera or ballet will not want to miss the chance to see a performance of the Opera or Kirov Ballet companies at the famous Mariinsky Theater, a green and white confection dating back to the 19th century. Many cruises also offer excursions to see Russian folkloric dance and music performances.

The Imperial Porcelain Manufactory is not only the best place to shop for the hand-painted cobalt blue china sold throughout the city, but it offers a museum filled with porcelain treasures that are part of the Hermitage collection. 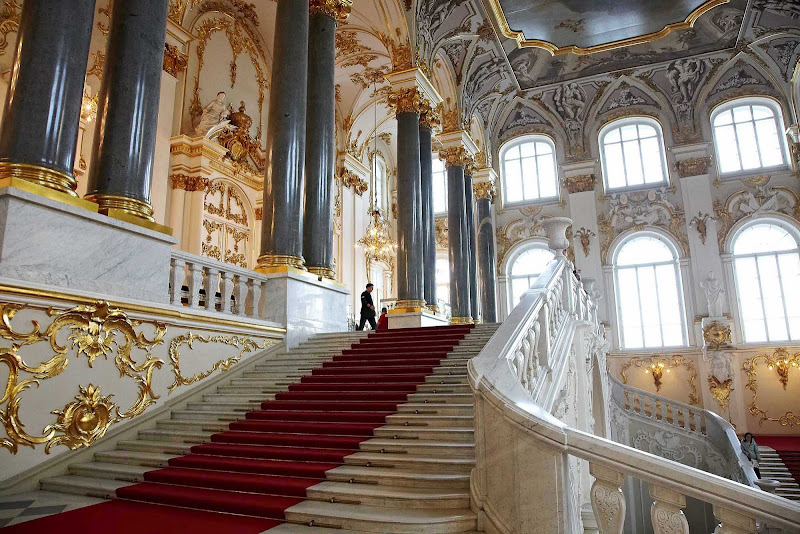 Cruise ships dock at the Sea Façade located at the mouth of the Nevis River, about a 15-minute taxi ride to the city center. The terminal offers an information center, café, ATMs and other services.

Taxis are available at the major hotels and attractions; it’s a good idea to negotiate the fare beforehand, and do not close the door until it's agreed. Drivers may not speak English, so it’s wise to have the name of the ship’s berth location written down in Russian. You can also sometimes negotiate with a taxi driver at the pier to give you a city tour. St. Petersburg also has an efficient metro system, worth checking out to see the elegant stations with chandeliers and Soviet-era artwork. 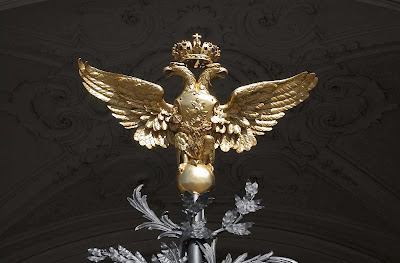 My Past / Creative Commons BYA double golden eagle at the Winter Palace in St. Petersburg.

Language: Russian is the official language. English is not widely spoken.

Currency: The ruble, but many shops and street vendors accept dollars or euros.

Safety: It is not recommended that you drink the tap water in St. Petersburg; however, bottled water can be purchased cheaply from any store, and there are vending machines with mineral water, but you need to supply your own cup.

Have you been to St. Petersburg? Please share a story, tip or discovery. And photos, if you have some in sharp focus. What was the highlight for you? Did you bring home a notable souvenir?

“Feel like lounging on the beach with a fruity cocktail, catching some rays or playing some badminton? Then visit Dunes, St. Petersburg’s first beach bar, complete with sand, hammocks and beach chairs. That this outdoor café is located in a crumbling courtyard (with no sea in sight) only adds to the charm.”

“The Hermitage is a museum on an impossible scale, much of it housed in the Winter Palace (there are four more buildings along Palace Embankment). This was the formal  home of the Russian czars, the absolute center of power, its physical expression in gold, marble, and malachite.”

“If time allows, attend a concert, opera, or ballet at the Hermitage Theatre. Built in 1783 for Catherine II, this cozy and impressive theater is one of the oldest in Russia.”