St. John, US Virgin Islands, travel guide: What to see & do

St. John is the smallest, least populous and, many argue, the prettiest of the U.S. Virgin Islands because of its world-class beaches. Two-thirds of St. John consists of Virgin Islands National Park. The quiet nature of the island gives it an unparalleled tranquility, making a trip to this island feel like a true getaway.

The coastline of St. John is rich with of white-sand beaches and crescent-shaped bays. While a lot of the coast is rocky and looks imposing from afar, it offers ample opportunities for exploration, hiking, as well as participation in a number of water sports. The island also provides sanctuary to a variety of wild species of plant and animal life that are unique to the island. Along with miles of hiking trails, the ruins of the early 18th-century Danish sugar plantations offer plenty to study for an armchair archaeologist.

The people of St. John Island are always eager to share the history of their communities and culture. Everywhere you look throughout this beautiful island you’ll get a glimpse of the islands history and a feel for the people.

Note: St. John was severely hit by both Hurricane Irma and Hurricane Maria in September 2017. The island has rebounded, and the New York Times reported on Nov. 25, 2018: “Cruise ship arrivals are back to pre-hurricane levels, all beaches are open and nearly all restaurants are back in business.” 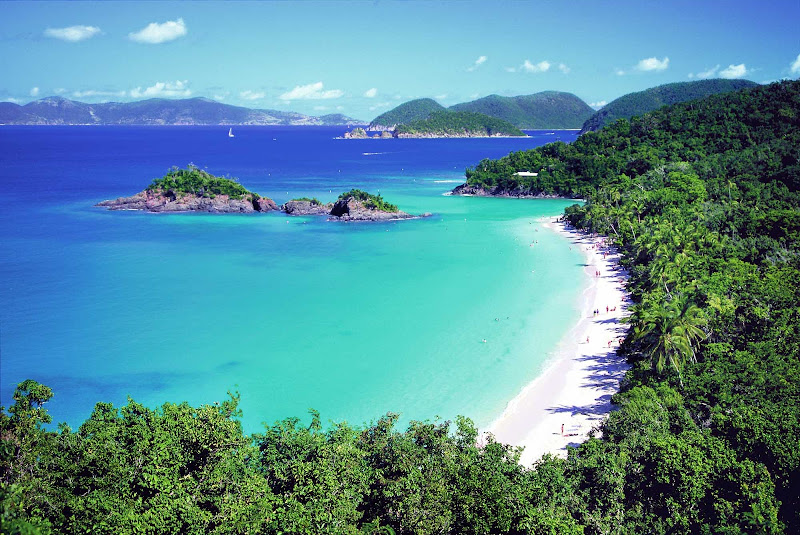 US Virgin Islands Dept. of TourismThe overlook at Trunk Bay, with its vivid vista of jungle and water, may be one of your top highlights when visiting St. John in the U.S. Virgin Islands.

Top things to do & see in St. John

Half of the island is known as the Virgin Islands National Park, with the the park's beaches as the can't-miss attraction. Virgin Islands National Park covers two-thirds of the island, with 7000 acres of hills, valleys and beaches and 20 miles of hiking paths to explore. The park is also home to pre-Columbian archaeological sites that contain petroglyphs and artifacts from the Taino people. The Visitor Center in Cruz Bay offers an exhibit that highlights St. John's natural and cultural resources along with examples of the diversity found in the island's coral reefs.

The library and museum is located near Cruz Bay in a restored plantation great house. Guests will be impressed by the photographs and newspapers that display the fascinating details of the island’s history. Work done by local artists such as paintings and drawings is also on display, hanging on the walls throughout the museum.

Once host to a lucrative sugar industry, the mills and plantations are now ruins, but still accessible to the visitor. Visit the Catherineberg Sugar Mill, Annaberg Sugar Plantation or Cinnamon Bay Sugar Mill ruins and explore the rich history of the island’s agriculture. The ruins also play host to many exhibitions throughout the year as well as concerts and arts and crafts fairs.

St. John is definitely a sleepy island, so don't expect a plethora of nightlife activities. When the sun goes down you can still enjoy a wonderful dinner on the patio of one of the fine restaurants, but as far as rocking clubs and loud bars, that just isn't St. John's style. Woody's Seafood Saloon just off the dock in Cruz Bay is a great option for happy hour as well as late drinks. 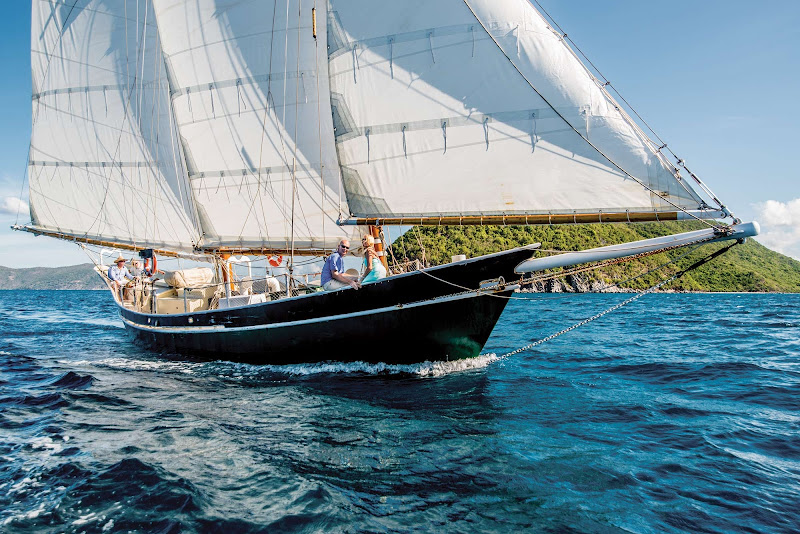 The relative quiet of St. John doesn't mean that eating out is an issue. More than 30 restaurants on the island cater to a variety of tastes and range from chic and expensive to cheap and funky.

The weather in St. John is pleasant year-round, but hurricane season occurs between June and November, so the winter months are usually the best times to visit.

Cruise ships dock at the Charlotte Amalie Port in St. Thomas, where a ferry will then take you to the island of St. John.

The Vitran bus service on the island of St. John's that will take you between Cruz Bay and Coral Bay for only $1. Opt for the surrey taxis or open-air vehicles on nice days (which is usually all the time) for approximately $7.

Locals recommend leaving your windows down and taking everything with you, rather than locking it and risking a broken window.

Have you been to St. John? Please share a story, tip or discovery. What was the highlight?

“ZoZo's northern Italian cuisine is what enticed my palate. What kept my gaze? The sunset view of St. Thomas and the BVI from the open-air dining room inside the ruins of Caneel Bay, St. John's 18th-century sugar mill — inspired dining at its finest.”

“Jungle trails wend past petroglyphs and hermit crabs unfazed by curious guests. The park even extends underwater for 5,600 acres — see 225 yards of it on Trunk's Bay snorkeling trail, where damselfish slide through sea fans and parrotfish glow almost neon.”