Ontario travel guide: What to do & see

Ontario supposedly derives from an Iroquoian word meaning “shimmering” or “glittering lake.” Bordered by Lake Ontario and Lake Erie to the southeast, Lake Huron to the south, Lake Superior to the southwest and Hudson Bay to the north, the Canadian province of Ontario is framed by numerous crystal clear waterways, including almost countless smaller inland lakes.

Niagara Falls dominates as Ontario’s premier water feature, but there is plenty of other aquatic adventure to be discovered by the intrepid traveler. Nearly 5,000 miles of interlocking canoe trail wait to be navigated in the area of Lake Temagami. Waterfalls abound in Hamilton while walleye wait for fishermen and around the Bruce Peninsula, and divers can find numerous coves and shipwrecks to explore. Add this to the major city attractions of Toronto and Ottowa, and Ontario has plenty to offer both the adventurous and cosmopolitan traveler.

Cruise ships in the region are chiefly found along the St. Lawrence River, with more sailings taking place in the eastern provinces of Quebec, Newfoundland, Nova Scotia and occasionally Labrador. 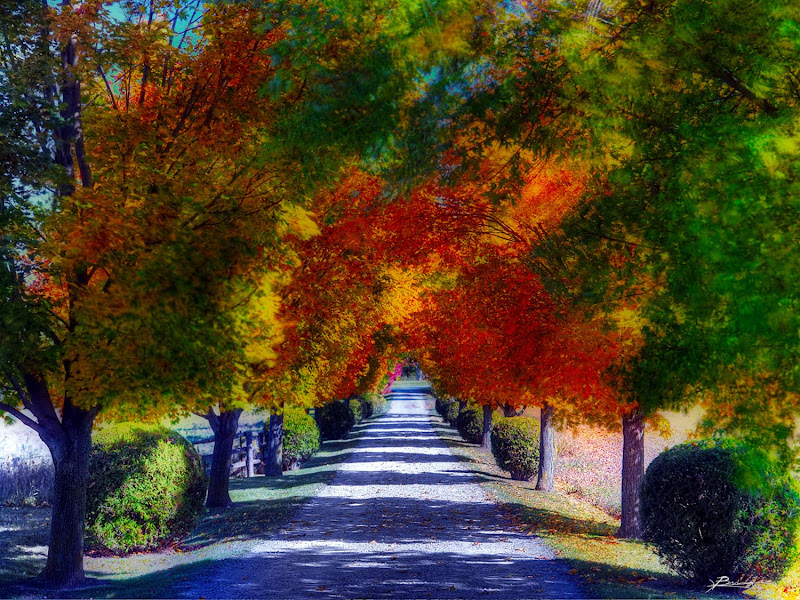 Things to do and see

This famous grouping of three waterfalls has been the stuff of legends. Located on the border of the United States and Canada, this landmark is best viewed on the Ontario side of the falls, which attracts millions of tourists on a yearly basis. There are numerous observation towers and attractions that have been built up around this natural wonder, so don't be afraid to take a peek.

The largest city in Canada, Toronto features a variety of museums, shopping, entertainment and more. It's a great walking and biking city to visit and explore, and whether you're into the numerous sports teams in the city or the different cuisines the city has to offer, this multicultural epicenter of Canada, and in turn Ontario, is sure to please almost everyone.

The capital city of Canada, Ottawa owes a lot of its character to its history with the British empire, as Queen Victoria established Ottawa in 1857 as the country's capital. Parliament Hill is a major attraction, as is its regular Changing of the Guard at 9 a.m. every day. However, there are numerous museums all about the history of Canada and dealing with its government.

Due to Ontario's natural beauty, this province is also home to plenty of wildlife. If you love bird watching, head to Pelee Island, Canada’s southernmost point. Moose, caribou, bears, wolves other northern wildlife are abundant at the enormous Chapleau Crown Game Preserve and Algonquin Provincial Park. Many places in Ontario offer camping opportunities, so don't feel afraid to commune with nature while in the province. 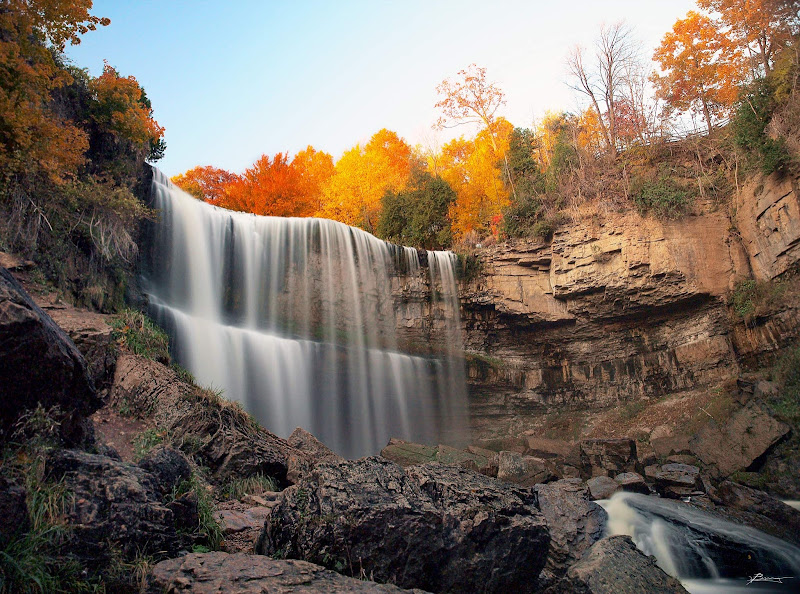 paul bica / Creative Commons BY A pretty waterfall at Webster's Falls on the Niagara Escarpment in Dundas, Ontario.

Whatever type of food you're looking for, be it fast food or fine French, Ontario is sure to have it available, particularly in bigger cities like Toronto or Ottowa. However, Ontario is known just as much for its beers and has a huge variety of microbreweries and ales that you'll never find in the United States. It is also growing in its production of ice wines, or dessert wines from grapes that have been left frozen on the vine.

Summer months are beautiful throughout Ontario, with the southern part hot and humid, although not overwhelming. In the north, summers are cool and sometimes see sudden, dramatic temperature changes in all seasons. However, summers throughout Ontario are short and can quickly give way to winter snows.

The main port in Ontario is located in Toronto at the Port of Toronto.

Toronto is a major international airport that travels into Ontario, but there are also multiple international airports in southern Ontario that make air travel into the province convenient; however, access to them is limited outside of major cities. The same can be said for rail travel, as in the cities there is a large network but in the outskirts it is limited — though if you have the time, a scenic train ride through northern Ontario is a treat worth indulging in. Driving around Ontario is not a bad option, but the roads can get treacherous during the winter months.

Passport: All United States citizens will need a valid passport on entry.

Language: English predominantly, but some areas of the province speak French, particularly in the areas closer to Quebec.

Currency: The Canadian dollar, but the U.S. dollar is also accepted.

Safety: Ontario is considered safe. However, as in all major metropolitan areas, care should be taken not to flash money and to stay in well-lit areas at night.

Have you been to Galveston? What was the highlight? Have any tips or photos? Please share.