Helsinki travel guide: What do see & do

Finland’s busiest port, Helsinki draws more than 400,000 travelers during the summer months. Born as a trading post in 1550, the city now stands out as a world design capital and European cultural center. Compact and elegant, Helsinki is home to some 800,000 friendly and helpful citizens, is laced with green parks, fabulous sculptures and fascinating squares. Residents describe it as their "big village," and they are always pleased to share it with visitors.

Located on the southern coast of Finland, Helsinki is surrounded by water on three sides. With each season comes a different version of the city. During summer, the Finnish capital's daylight hours can stretch to more than 20 hours, and locals take full advantage of the extended sunshine, flocking to outdoor cafes and bars. Bundle up, however, if you are visiting in winter.

Whenever possible, touring Helsinki on foot is your best bet, supplemented by the efficient public transportation system. Whether you are attracted by the city's architecture, museums, galleries or shopping, everything is easily accessible.

Helsinki is a pristine and inspiring city with an unusually high quality of life. If you like your cities clean and organized, yet quirky, this is a place you'll want to visit. It's no wonder the city is nicknamed Pearl of the Baltic.

Cruise ships that call on Helsinki

Top things to do & see in Helsinki

Many visitors come to Helsinki for its refined and minimalist architecture, with a Nordic twist. The city's buildings represent a variety of styles, including neoclassical, neo-Renaissance, Art Nouveau, Byzantine-Russian and national romanticism.

Helsinki hosted the 1952 Olympics, and the 40,000-seat Olympic Stadium is the largest in Finland. The impressive sports palace is located at Paavo Nurmi 1 (09/440-363). The stadium is currently open to the public, although tours are restricted when athletic competitions are scheduled. 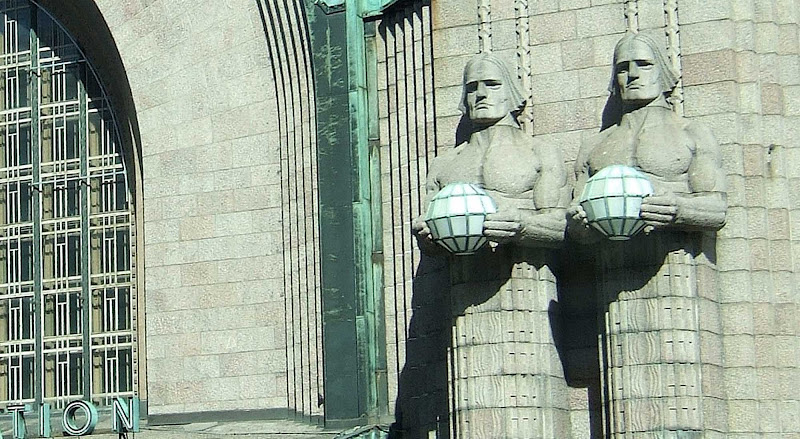 The National Museum of Finland, located at Mannerheimintie 34 (09/4050-9544, www.nba.fi), houses a historical collection spanning prehistoric times to the present. The building, a romantic-style neo-medieval castle, is a tourist attraction in and of itself. Exhibits and treasures include archaeological displays, coins, silver, weapons, folk art and the ceiling frescoes of the entrance hall.

Church of the Rock

One of the most famous sights in Helsinki, the Church of the Rock (09/494-698), located at Temppelinmaki Hill in downtown Helsinki, is built into the rock of the hill. During daylight hours the interior is bathed in light. An acoustic masterpiece, the church is a favorite concert venue in the city.

Aesthetically pleasing Helsinki is full of greenery. The Pihlajasaari Recreational Park (09/630-065) is a favorite of joggers and birdwatchers. This gorgeous location is home to an extraordinary amount of bird life with a number of viewing areas where you can watch the graceful creatures. In the summer, you can sit on the grass in a dreamlike state for hours and never get bored. The beaches lining the shores of the park are ideal for the whole family, with gentle waves and great conditions. 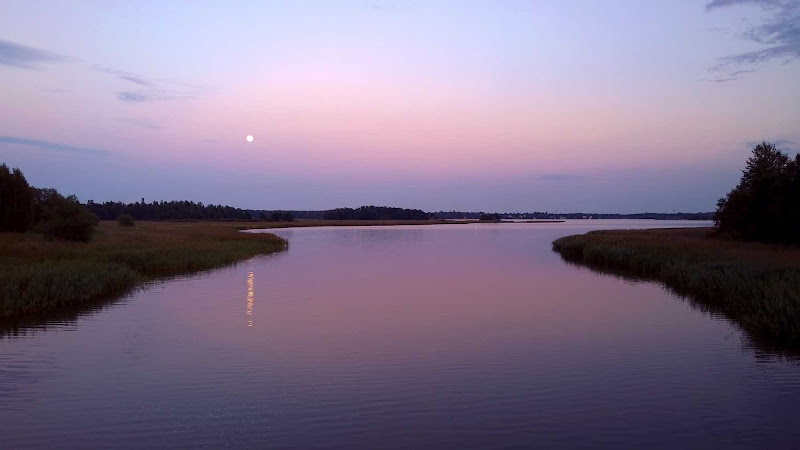 The old Ateneum, a neo-Renaissance palace from the 19th century, is one of the city's major historical buildings. Helsinki’s three major theaters are the Finnish National Theatre, the Helsinki City Theatre, and the Finland Swedish Svenska Teatern. The city's main musical venues are the Finnish National Opera and the Finlandia concert-hall. Bigger concerts and events usually take place at one of the city's two big ice hockey arenas — the Hartwall Arena or the Helsinki Ice Hall.

The city offers everything from haute cuisine to more budget-oriented restaurants. Favorite Finnish foods include reindeer, seafood and cloudberries.

Finland was named a World Design Capital in 2012. While it is famous for such items as colorful Marimekko fabrics and Iittala glass, you can find many other fine items there as well. Ryijypalvelu at Abrahamink 7 (09/660-615) sells outstanding Finnish rugs and other woven goods. Hackman Shop at Pohjoisesplanadi 25 (0204/393-501) is the premier shop for cookware and cutlery. Visit the Arabianranta neighborhood for art tours and visits to the Arabia ceramics factory, the Iittala outlet and the Museum of Technology.

Suomenlinna Fortress. This World Heritage Site is a military architecture monument. It is built on a cluster of seven islands and includes underwater sites. What makes it unique is that it's an inhabited district of the city of Helsinki.

The city has a cold climate but  enjoys long days in summer. If you visit in winter, you'll want to be sure to schedule a visit to a sauna; after all, Finland probably invented the custom.

Helsinki has multiple ports. Many cruise ships dock at the Port of Helsinki, with convenient road access to the capital city from the port. Viking Ocean ships leave from South Harbor on Katajanokka, while Baltic-bound Tallink & Silja Line leaves from West Harbor on Jätkäsaari.

For about $20, you can purchase a Helsinki Card, which allows for unlimited travel on the city's trams (which we prefer), buses, ferries and subways for 24 hours. In addition, the card can be used to gain free admission into more than 50 of the city's museums.

Have you been to Helsinki? Please share a story, tip or discovery. What was the highlight for you?

“It was midsummer's eve in Helsinki and I was high on light. For days, there had been an excessive amount of the stuff, and every day there was a little more. When the sun eventually did set, at around 11 p.m., it would take a couple of breaths and then ascend again, so that by 3 a.m.  yet another sparkling, pellucid day had begun.”