Labadee, Haiti, travel guide: What to do & see

Haiti occupies the mountainous western end of the island of Hispaniola, which it shares with the Dominican Republic. Its location, tropical climate and pristine beaches shaded by lush vegetation once made it a potential tourism hot spot just 25 years ago, but decades of poverty, violence, dictatorships, instability and depleted natural resources have taken a toll. It’s now the poorest and most densely populated destination in the Western Hemisphere. In addition, the nation was hard hit by recent devastating tropical storms and the earthquake in 2010, leaving thousands homeless.

It’s unfortunate, since travelers could miss out on engaging with the welcoming Haitian people. Haiti travel offers a unique culture which shines in its religion, music and cuisine. Haiti saw the only successful slave revolution in colonial history and so it has wholly embraced its African roots. This has evolved into a complex and fascinating culture, with the practice of voodoo at its core, accented by a marriage of French and Creole cuisine and language and such music as kampa and zouk.

That said, the reality is that the vast majority of cruise passengers visiting Haiti hardly realize they're in Haiti. Labadee is the private port destination on the north coast of Haiti operated by Royal Caribbean, and visitors come for the sun, surf and beaches — traveling inland isn't practical on a day trip. 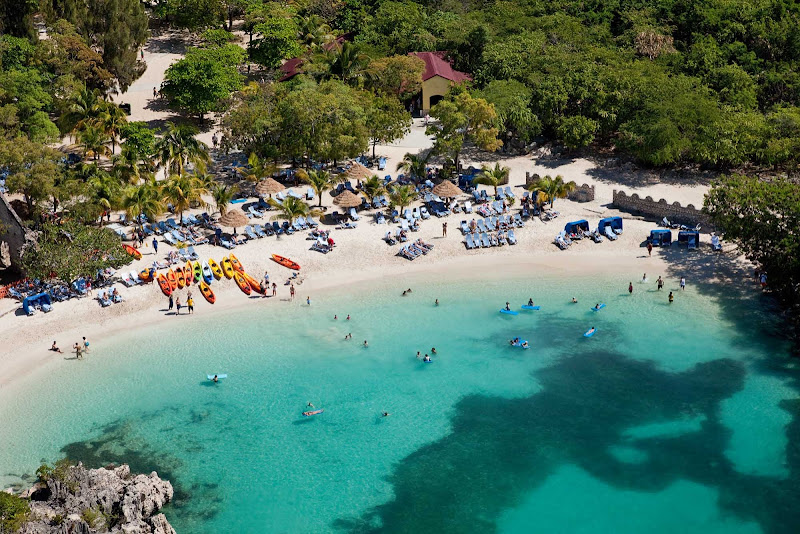 Top things to see & do in Haiti

Developed by Royal Caribbean Cruises, this resort in Northern Haiti has a private beach, water park, and other activities for families, you can spend a stress free day in Haiti. Enjoy jet skis, volleyball and kayaking while remaining safe in this port area.

The capital Port-au-Prince is a natural harbor and bustling city, whose Iron Market is busy with bargainers, whether looking for voodoo artifacts or food such as fresh turtle. The Musée du Panthéon National Haïtien offers  a chronology of Haitian history, including the anchor of the Santa Maria, Christopher Columbus's flagship.

Also known as the Citadelle Laferrière, this fortress is located high in the mountains of northern Haiti, overlooking the city of Milot. It was build around 1820 by newly independent Haitians to protect from the French. It is a Haitian national symbol, featured on currency and stamps throughout the country.

Haitian cuisine is Caribbean métissage, or a mix of French and African cuisines. It is highly spiced and, of course, features the local fruits and fish, along with other meats. Try kabrit (roast goat), the fried pork griot, the poulet creole (poultry with a Creole sauce) poulet creole and the du riz jonjon (rice with wild mushrooms).

It is best to avoid Haiti in hurricane season, which is between June and November. 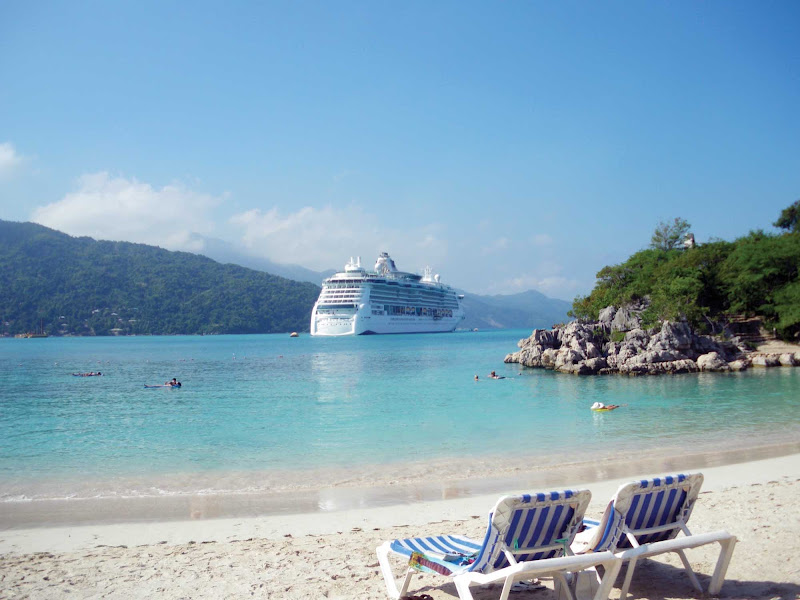 Courtesy of Royal Caribbean InternationalJewel of the Seas during a shore excursion in Labadee, Royal Caribbean's private resort on the north coast of Haiti.

At this time, Royal Caribbean moors to the pier in Labadee.

If you are traveling away from Labadee, tap-taps are local buses used throughout Haiti to get around. They are usually modified vans with bright colors. Taxis typically are about 500 gourdes and should be used only during daylight. After dark, prices rise substantially, and you are at substantially greater risk for being mugged.

Documents: All U.S. and Canadian citizens will need a passport.

Have you been to Labadee? Please share a story, tip or a photo or two. What was the highlight for you?

“There is still a lot of recovery work to be done in Haiti. Interested in lending a hand? Organizations such as Habitat for Humanity and United Nations Volunteers are still leading trips for disaster relief.”