Australia travel guide: What to do & see

There are a lot of natural wonders Down Under, and the best way to experience a lot of them is by cruise ship. Whether you venture into the wild or visit a nature preserve, it's a memorable experience to observe wild parakeets, kangaroos and koalas or to explore the incredible reefs below the surface of the sea. More civilized pursuits abound as well, including wine tasting, fine dining and myriad ways to enjoy the visual and performing arts.

Australia's Gold Coast, on the eastern side of the country, is home to magnificent beach resorts providing access to the famed Great Barrier Reef. The winery districts of South Australia and New South Wales offer more romantic spots to stay and explore. Adventures await those who head to the Outback and Australia’s wilder side.

Australia has become one of the fastest-growing cruise markets in the world over the past few years, with Aussies themselves boarding ships to take in different parts of their country alongside Americans, Canadians and other travelers who fly to Australia or visit it as part of a cruise through the South Pacific or Southeast Asia.

Cruise lines that call on Australia 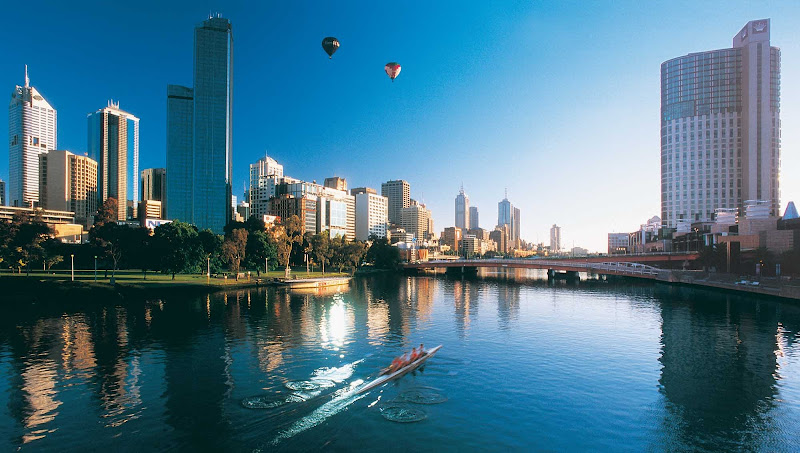 See Cruiseable's Guide to Sydney for a roundup of things to do and see in Australia's capital and surrounding New South Wales area.

Melbourne, on the southeast coast of Australia, has a more proper English vibe than Sydney yet is equally cosmopolitan, and it boasts a lively, culturally diverse city center. Ships dock at Station Pier, which has good tram and taxi connections to downtown, about 20 minutes away. For a stellar view of the city, head up to Eureka Skydeck 88 on Riverside Quay, then grab a bite at Queen Victoria Market, one of the world’s most bountiful food pavilions. Other outstanding sites include the Royal Botanical Garden, which features 50,000 plant specimens from around the world; The National Gallery of Victoria, which houses the premier collection of Australian art; and Sovereign Hill, a recreation of the region’s Gold Rush heyday of the 1850s.

Moving a bit farther west, Adelaide, capital of the South Australia province, is known for its restaurant scene as well as its proximity to Australia’s most important wine region. Ships dock at Port Adelaide, with good taxi and bus connections to downtown. For an intro to the Australian wine industry, visit the National Wine Centre, which includes an interactive exhibit where visitors can try their hand at winemaking. Fans of Edwardian and Victorian architecture will want to stroll along North Terrace and also visit Ayers House, which offers period rooms and two restaurants. The South Australia Museum offers the largest collection of Aboriginal art and artifacts in the world.

On Australia's far western edge lies remote Perth, the capital of Western Australia, with its beautiful beaches, idyllic climate, laid-back vibe and subtropical landscape that recalls the coast of Southern California. Ships dock in nearby Fremantle, which offers plenty of attractions of its own, including the Western Australia Maritime Museum, home to a winning America’s Cup yacht, and Fremantle Prison, providing a glimpse into Australia’s convict past. Excursion options include visits to the Swan Valley wineries and a ferry ride out to Rottnest Island, a nature preserve with wildlife that includes small, adorable marsupials called Quokkas.

Hobart, the capital of the island state of Tasmania, offers a delightful and walkable area of cafes, galleries and brewpubs to explore just steps from the pier. Shopping for locally made arts and crafts in the restored warehouses at the Salamanca Place and Salamanca Arts Centre, touring the Cascades Brewery or driving up through scenic forests to the top of Mt. Wellington are among its many diversions. Northeast of Hobart, the Bonorong Wildlife Sanctuary offers the chance to see unique Australian creatures, including Tasmanian devils. 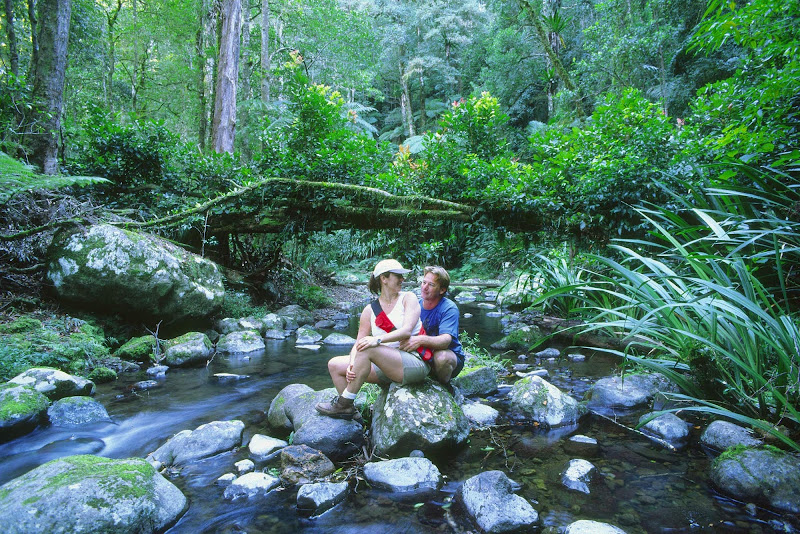 Along Australia's easternmost coast, Brisbane is best known for its superb surfing beaches and coastal enclaves. But it also offers a compelling city center with such sights as Brisbane City Hall, with its city museum and clock tower, and RiverWalk, a pleasant meander through botanical gardens and mangroves.

Cairns, in northeastern Australia, is the nation's closest port city to the Great Barrier Reef, with multiple half-day and full-day excursions available out to the Reef for incredible snorkeling or diving. Cairns is also known for its seafood restaurants along the Esplanade and for the Cairns Tropical Zoo, where visitors can interact with wildlife, including cuddling koalas and feeding kangaroos. Two hours north of Cairns, the Daintree Rainforest is a wonderland of tropical vegetation and wildlife.

Darwin, the capital of Australia’s Northern Territory, is surrounded by a wild and rugged tropical environment. Among the day trip possibilities are Litchfield National Park, with its waterfalls, giant termite mounds and primeval forests. In town, the Darwin Botanical Gardens and Museum and Art Gallery of the Northern Territory also give a taste of the region.

Among local specialties to look for are aboriginal arts and crafts, including wooden bowls, ceremonial items and paintings, which are available in galleries in many ports. Australian opals are also a good buy. 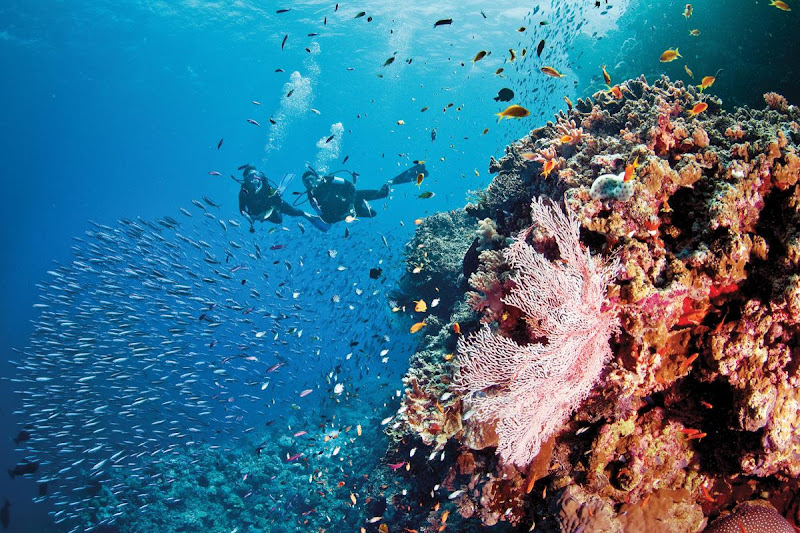 Outside of Adelaide, the Cleland Wildlife Park offers the chance to stroll among kangaroos and emus, cuddle koalas and walk through an aviary of native birds.

Melbourne’s State Library of Victoria has fascinating exhibits from its rare book collection and a magnificent Reading Room modeled after the one in the British Museum.

Climates vary widely across the vast island continent of Australia. Think opposite seasons than the States when booking travel here, with December through February being hot, humid summer months for most of the country, and the wet season in the tropical north. The Australian winter is from June to August but is generally mild.

In southeast and southern coastal areas such as Sydney, Melbourne and Adelaide, the spring months of October through November and fall months of March through April offer idyllic weather, but even the winter months bring mostly sunny days. Perth in Western Australia offers a Mediterranean climate that is comfortable year round. The best time to visit Cairns and the Great Barrier Reef is during the dry season (April through October) when temperatures are lower in heat and humidity and the waters are free of stinging box jellyfish that plague divers at other times of year.

Documents: U.S. citizens will need a valid passport and an Australian visa.

How about you? Have you been to Australia or planning to go? Which destinations were your favorite? I'd love to hear about your experience or see your photos!

“French fries are called hot chips, chickens are chooks, sausages are known as snags and if you want ketchup, ask for tomato sauce.”

“An insider’s tip for barhoppers: befriend a local if you really want to know the happening spots.”