April 25, 2016
Have you sailed on Ovation of the Seas? We'd love to hear your take and see your photos. The following information was curated by Cruiseable.

Ovation of the Seas, the third ship of the Quantum class from Royal Caribbean, launched in April 2016 — just don't look for any Caribbean getaways in the near future. The ship sails in the Far East and its home port is in Sydney, Australia.

Ovation features most of the same venues and attractions as its sister ships, Quantum of the Seas and Anthem of the Seas, with features such as North Star viewing pod, a skydiving simulator, a big poolside digital movie screen, an indoor rec center with bumper cars and roller skating, Flowriders (surf simulators), those cool virtual balconies for inside cabins and high-speed Internet. You'll also find a circus school, Broadway productions, and the innovative entertainment space Two70, which integrates HD-digital technology with singing, dancing and aerial shows.

Who will like sailing on Ovation of the Seas

This latest addition to the Royal Caribbean lineup is made to order for the digital generation, who will like the ship's high-speed Internet, and those who want to explore China or Australia. For those looking for nonstop entertainment, Ovation is a good choice, with its sky-diving simulator, roller skating, bumper cars and aerial artistry. And if you like the latest and greatest on the high seas, you can escape from the crowds in the adults-only Solarium pool area.

Where Ovation of the Seas sails

Ovation of the Seas cruises around China, Singapore, Australia and the South Pacific.

A two-minute preview of Ovation of the Seas from Royal Caribbean.

Royal Caribbean is sticking with Dynamic Dining, at least for now, for its Quantum Class ships. That means dining on Harmony has no set dining times, no assigned seats and no required formal nights. (It hasn't gone so well on Quantum of the Seas so let's hope the Ovation experience fares better.)

Ovation of the Seas offers 18 different dining options, so you can try a different restaurant nearly every night.

The five main restaurants are all included with your fare:

For an extra fee, guests can dine at alternative restaurants such as:

Courtesy of Royal Caribbean InternationalRide bumper cars at the Seaplex aboard Ovation of the Seas.

If you're interested in a cruise on Ovation of the Seas, contact a Cruiseable travel advocate at 1-877-322-3773 or by email. We can usually offer a better deal than you can get by contacting the cruise line directly.

SEE ALL OVATION OF THE SEAS SAILINGS

How about you? Have you sailed on Ovation of the Seas yet? What did you think? 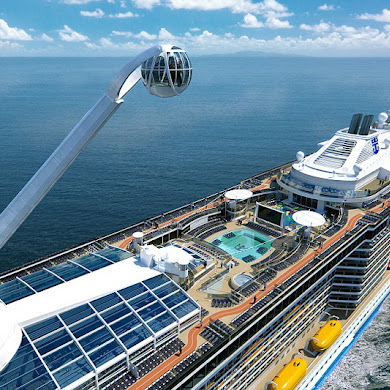 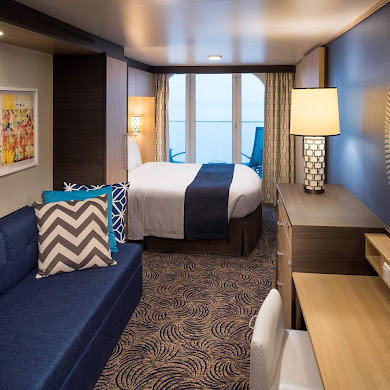 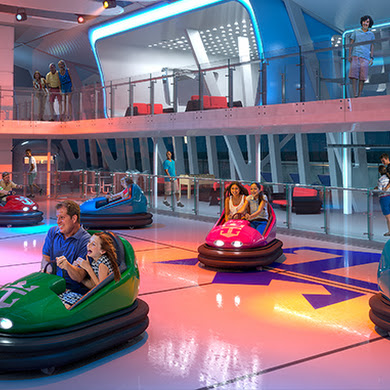