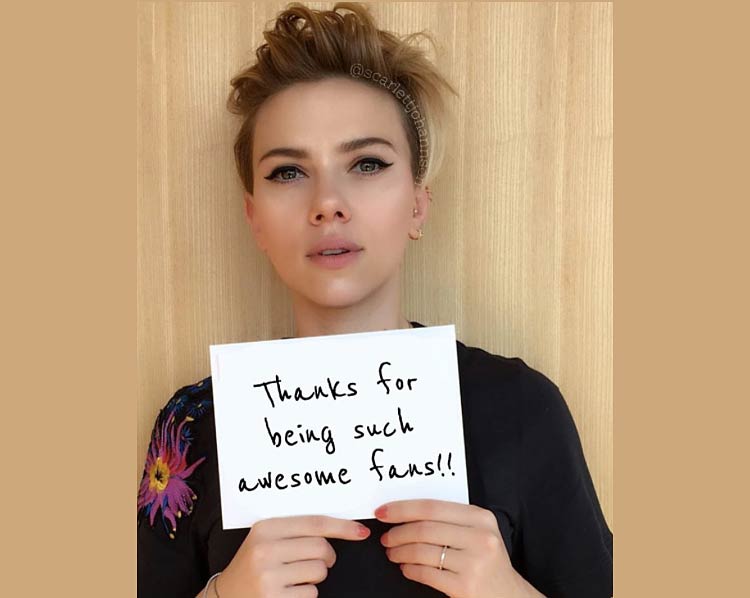 Scarlett Johannson from an Instagram fan site. See Hollywood stars at one of these 10 restaurants that attract the celebrity set.

10 restaurants for celebrity sightings in LA

During port days, here are your best bets to glimpse Hollywood stars

If you only have a day or two in Los Angeles before or after your cruise and you’re ready for some celebrity watching, here's your ticket to enjoy fine dining and — if you time it right — see some Hollywood stars.

Contrary to popular belief, movie and TV stars rarely venture into Hollywood except during the Oscar presentations at the Dolby Theatre and during film premieres. But the stars do come out during the day for lunch and at night for dinner — often during those social-business meals where they're working the rooms.

So if you’re headed to the City of Angels and have a yen to mingle with the A-list, here are a few safe bets where you’ll likely see them, as long as you're cool with a hefty lunch or dinner bill. Please keep in mind that celebs like their privacy, so don’t ogle or interrupt, just look discreetly. And for heaven's sake, resist the temptation to sneak a photo with your smartphone. 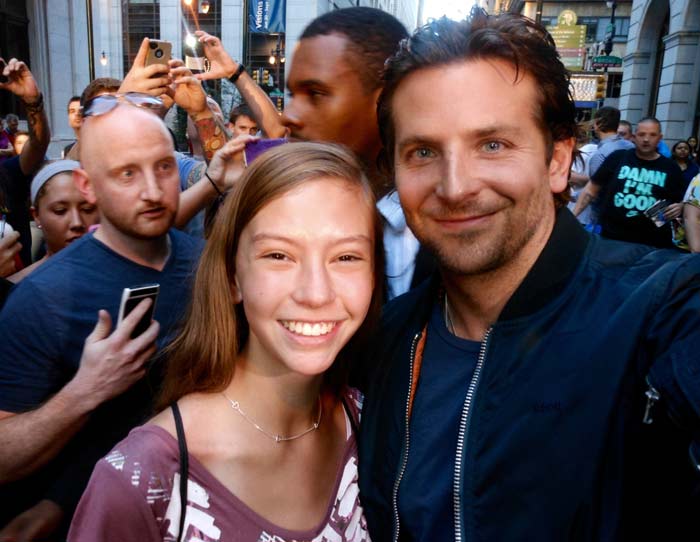 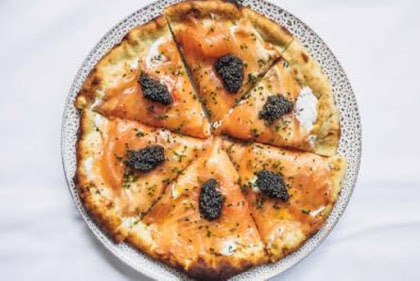 Spago Beverly Hills, one of the most famous of Los Angeles’s celebrity-centric dining venues this brainchild of uber-star chef restaurant entrepreneur Wolfgang Puck is a magnet for power players, film, TV and music industry notables. The stylish restaurant has hosted an eclectic elite crowd from Justin Bieber to Bill Clinton, Bradley Cooper, Larry King, Nancy Reagan, and the late Tony Curtis. Wolfie actually gained his stars when he opened the original Spago on Sunset Strip in West Hollywood many years ago selling a new concept of designer pizzas which caught on like wildfire. After he closed the lucrative doors there he opened at his current location on Canon Drive in Beverly Hills with a stream of celebrities following right behind. The food is always superb and the stargazing celestial. Young and old Hollywood flock there for lunch on the patio. Call for a reservation well in advance at 1-310-385-0880. 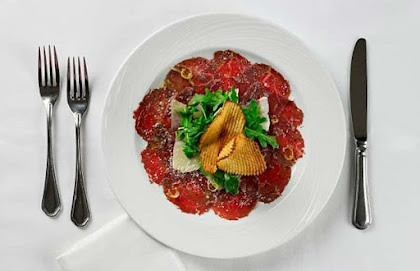 Courtesy of The PalmCarpaccio of beef tenderloin at The Palm (click to enlarge).
2

The Palm in Beverly Hills is part of a famous steakhouse chain. When the branch in West Hollywood closed, the company opened another Palm in Beverly Hills in 2014, and its superstar regulars and other celebrities flocked. Today the joint overflows with stars at lunch and dinner, many of whom work the room. The Palm is so popular with stars that one of the members of the family that owns the chain, Bruce Bozzi, Jr., presents a special celebrity corner at lunch where he sits down with a high profile guest for a Channel 102 Sirius radio segment called ‘‘Lunch With Bruce’’ that airs on Fridays at 2 pm Eastern and 11 am Pacific time. Not long ago we spotted Reese Witherspoon and her entourage. Other A-listers seen dining there include Scarlett Johansson, Meryl Streep, Gwyneth Paltrow, Nicole Kidman, Ron Howard, Cate Blanchett, Keith Urban and Neil Patrick Harris. Reservations: 1-310-550-8811.

Kim Kardashian in one of her stepping-out outfits 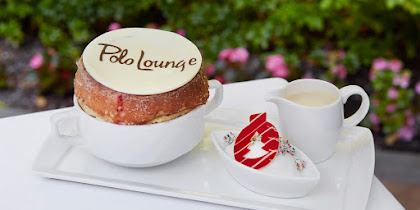 The Polo Lounge at the Beverly Hills Hotel has always been a mecca for celebrities. It lost its luster temporarily a few years back when the hotel closed for renovations and its elite clientele dispersed in search of other watering holes and dining spots. (Many settled in at the Peninsula Hotel Bar in Beverly Hills.) There will always be a famous face or two to spot at the Polo Lounge from models (Heidi Klum) to moguls (Lorne Michaels) to celebrities including Kim Kardashian, Harry Styles, Tia Mowry, Tamera Mowry, Michael Douglas, Nicole Kidman and Warren Beatty. Back in the day, before cell phones, there was a page at the Polo Lounge who would bring a phone to your table when someone called. It was a status symbol to be called during lunch and pretend that it was your agent or a producer offering you a role (occasionally, it was for real). The hotel is affectionately known as the Pink Palace because of its colorful façade. Reservations: 1-310-887-2777.

Ellen DeGeneres on the streets of Hollywood 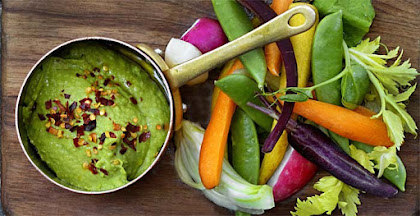 Cecconi's, located on trendy Melrose Avenue in West Hollywood, is a hot spot that serves up tasty Italian/California/ Mediterranean fare such as a black truffle burger, chicken paillard, garganelli bolognese and an heirloom tomato pizza. Cecconi's caters to a highly visible clientele, who prefer to sit on the covered patio, such as Ellen DeGeneres and Gwen Stefani, models, moguls and movie stars. Reservations: 1-310-432-2000. 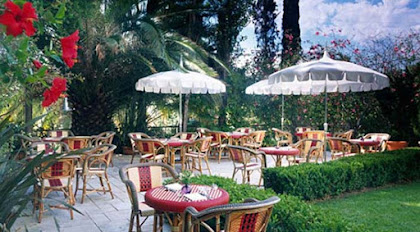 Château Marmont on Sunset Boulevard in West Hollywood has the unfortunate distinction as the place where ‘‘Saturday Night Live’’ and acting great John Belushi lost his life. The hotel and restaurant both attract a huge cast of superstars who bed down there and/or go to dine. The food is above average, and the place gets four stars on Yelp. Most luminaries choose to dine al fresco on the patio terrace where, depending on the day, you might spy Katy Perry, Christopher Walken, James Franco, Kit Harington, Lana Del Rey, Dakota Johnson, Russell Brand or even Lady Gaga. Do not under circumstances try to take a photo because it is strictly forbidden. Reservations: 1-323-656-1010.

Jon Hamm on the streets of LA 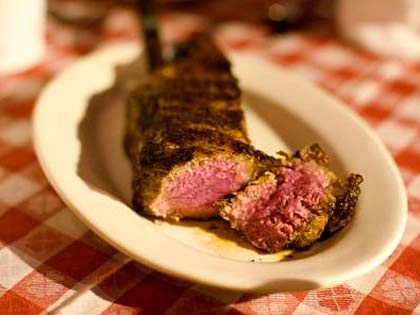 Dan Tana’s is where anybody who is anybody in Los Angeles is a regular or has been at one time. There are a whole lot of notables mixing and mingling at tables in this dark, New York-style room or the popular bar. The Italian food is consistently excellent and many dishes are named after stars such as veal cutlet Milanese a la George Clooney, Steak & Peppers Sinatra (Ole Blue Eyes and his Rat Pack were regulars back in the day). We’ve spotted the hunky Jon Hamm, the gorgeous Olivia Wilde, brat pack leader Lindsay Lohan and bad boy Sean Penn there. Reservations: 1-310-275-9444.

Thank you Mom for giving me a beautiful life. #happymothersday @tinersimpson

Jessica Simpson with her mother 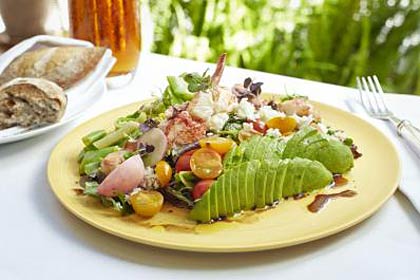 Wolfgang Puck at Hotel Bel-Air attracts its share of tinsel town types even though many of them picketed the place a year or so ago because of anti-LGBT sentiments by the hotel’s owner, the Sultan of Brunei. But they came back because of celebrity chef Wolfie (as he’s called by friends) and it’s a good spot to be seen. In the old days, Nancy Reagan and Robert Wagner were regulars. Today Wolfgang Puck attracts folks like Jessica Simpson, Christina Aguilera, Beyonce, Jay Z, Geena Davis, Sharon Stone, Dennis Quaid, Gwen Stefani, a few Real Housewives, Wolfgang Puck (natch), music industry greats and young Hollywood stars. Reservations: 1-310-909-1644. 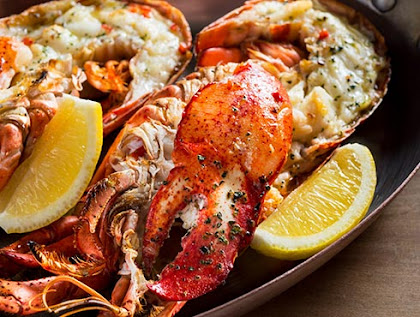 Although a newcomer to restaurant scene, Pump Restaurant Lounge on the Sunset Strip has a huge celebrity and LGBT following largely because the owner is “Real Housewives of Beverly Hills” star Lisa Vanderpump, who wanted to create a sexy spot to dine. The place took off in a flash about the minute she opened the doors to this chic but casual dining venue. It’s become the “it” restaurant for the in crowd and it’s perennially packed and loud, especially at the bars and on the terrace. The food’s great and the star gazing good anytime for a selection of TV personalities with a sprinkling of Hollywood stars, including Jennifer Lawrence and Lady Gaga. Reservations: 1-310-657-7867.

Bruce Willis on the streets of LA 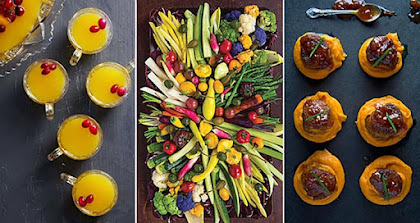 The uber-popular neighborhood restaurant Il Piccolino sits just off Robertson Boulevard in West Hollywood across the street from another celebrity favorite, The Ivy. The Italian/Mediterranean food is fantastic and the clientele a mix of old and new Hollywood. Bruce Willis often goes in with his mom. Halle Berry and Clint Eastwood have been spotted there, too. The rest of the crowd includes power players such as film directors, screenwriters and other well-heeled diners. The menu at this intimate, charming, upscale restaurant offers recipes made with only the finest and freshest ingredients — I know because we not only dine there often, we know the owners. Everything on the menu, from fish to fowl, pasta, soups and desserts, is simply divine. During a recent evening the room was filled with behind the camera notables happily dining on the fall fare, some of which includes broccoli and truffles, Burrata with black caviar, vitello tonnato, foie gras, whitefish cannellini and much more. Order the chocolate mousse for a sensory experience. Reservations: 1-310-659-2220. 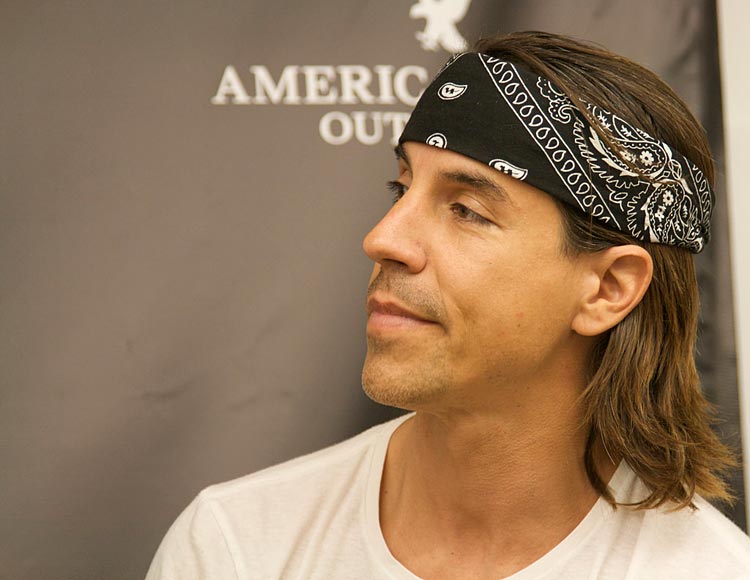 Cavatina at the Sunset Marquis 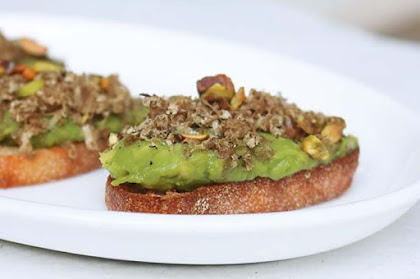 Courtesy of CavatinaAvocado toast with burgundy truffle, chive and pistachio at Cavatina (click to enlarge).

10Cavatina at the Sunset Marquis has a surprisingly fantastic restaurant (for a hotel) that’s run by innovative celebrity chef Michael Schlow and up-and-comer chef Chris Turano, who really know how to please the palates of their elite clientele. On any given night you’ll see famous faces, many in the music business because of its long association with rock ‘n‘ roll greats dating back to 1963. Steven Tyler, lead singer of Aerosmith, is a regular, and the Red Hot Chili Peppers’ Anthony Kiedis has been here more than once. Ozzy Osbourne, Green Day, Dave Grohl (Foo Fighters), Chris Cornell (Soundgarden), Heart and Morrissey have all stayed at the Sunset Marquis. The restaurant serves breakfast, lunch and dinner. Reservations: 1-310-358-3759.

Of course, there are many other celebrity-centric dining spots such as Nobu Malibu, Doma in Beverly Hills, The Four Seasons hotels on Wilshire and on Doheny Drive, and others, but we only have so much space, and the ones I selected are also some of my favorites. You don’t have to be well-known to get a table, but advanced reservations help, especially if you use OpenTable.com.