St. Maarten/St. Martin travel guide: What to do & see

Philipsburg is considered one of the Caribbean’s best shopping towns. There are also many beautiful beaches to relax in, including a famed "clothing optional" beach. And since there is no real border, visitors can easily go between the two sides of the island to experience the differences.

Note: St. Maarten was severely hit by Hurricane Irma in September 2017. Many venues that were catering to tourists have been rebuilt while others have disappeared, so be sure to check into the current state of services you're planning to use. 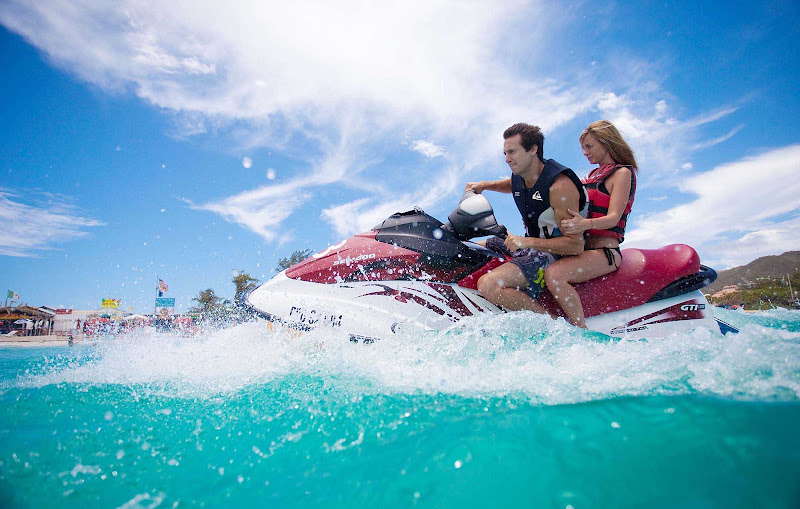 Top things to do & see on St. Maarten

There are two capital cities on the island, one for the Dutch side, and one for the French. Phillipsburg, St. Maarten, is by far the largest city on the island and the No. 1 destination for cruise ship passengers. Founded in 1763 by John Phillips, the city has evolved into a major port of call.

Stroll through the town and visit Front Street, where you can shop for everything under the sun and enjoy some of the very best bargains anywhere in the Caribbean. The city is a hustling and bustling capital that is the epitome of the progress this island has made in recent years.

As you head north to the French side of the island you will come across Marigot, St. Martin. Here you'll be treated to a far more serene town that will remind you of a small French seaside village.

One of the main reasons that Philipsburg is such an attractive cruise port of call is because of its fabulous duty-free shopping. Here you can find terrific bargains on all sorts of items, including liquor, clothing, jewelry, Irish linen, leather goods, etc. Front Street, in downtown Philipsburg, is the center of this duty-free trade.

Yet there are other shopping hot spots in the area as well. Old Street and Plaza del Lago feature many fine boutiques and shops as well. If you are on the lookout for local hand crafted goods, pay a visit to the Gingerbread Galerie (590/87-73-21) in the St. Martin capital of Marigot. Greenwith Galleries, at 33 Front St. (599/542-3842) has a great collection of local Caribbean artwork. Greenwith Galleries is located in downtown Philipsburg. 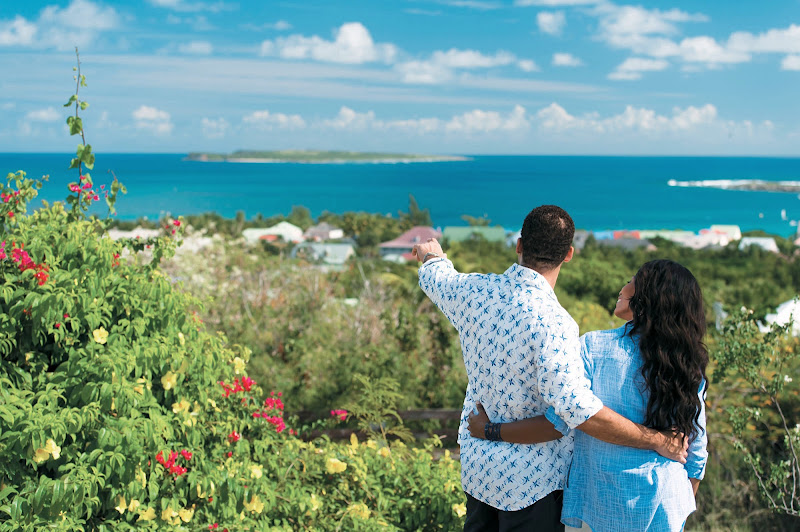 Tim McKenna / Courtesy of Paul Gauguin CruisesThe view from the Marigot on St. Maarten, one of the stops on your cruise through the Caribbean aboard Tere Moana.

On to the beaches. There are 37 beaches on this very small island, some beaches are easy to reach, others take some planning to get there, whether on foot or on pony.

The beach closest to the Dutch capital of Philipsburg is the Great Bay Beach. As you head west of the Great Bay Beach, you will hit Little Bay Beach. This stretch of coastline is very popular with the tourists, but a main and worthwhile draw here is the hike up to Fort Amsterdam. This is a nearly 400-year-old fort that features breathtaking views of the Caribbean. A great beach for a swim is Dawn Beach, also famous for its spectacular sunrises and as a snorkeling haven.

On the French side of the island, be sure to visit Baie Longue, never crowded and always beautiful and inviting. If you would like to visit the islands only official nudist beach, head to Orient Beach. Here you will find live Caribbean music, water sports galore, and terrific restaurants. 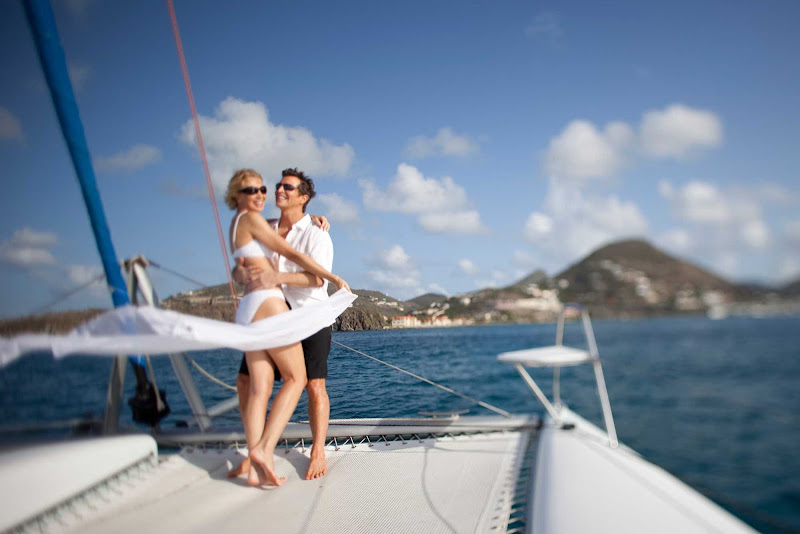 An incredible array of sportfish can be found in the surrounding waters of St. Martin! Catch anything from yellowtail and red snapper to a giant grouper or a mammoth marlin on one of several deep-sea fishing trips offered on the island. Rudy's Fishing (14 Airport Rd., 599/545-2177) or Sailfish Caraibes (590/87-31-94) can outfit you for this adventure.

With year-round warm waters and great visibility, St. Martin is a premier scuba diving location. Visit the wrecks of the tugboat Annie, marvel at the marine life in abundance at Creole Rock, or visit the famed Proselyte Reef. Leeward Island Divers (599/544-3320) in St. Maarten's Simpson Bay can assist you in your scuba diving plans. St Martin's Octoplus (590/87-20-62) in Grand Case offers certification course as well as one and two-hour dives.

One of the most unique attractions on the island is the Butterfly Farm. Located next to Orient Bay, you and your family can enter a lavish garden where butterflies of all shape and sizes surround you. For you insect lovers, this is a destination that surely can't be missed!

Nestled in the foothills and grazing pastures of French St. Martin is the town of Grand Case (pronounced gran cause). Known as the "Restaurant Capital of the Caribbean," it is a lovely little town that features cuisine from all over the world. In addition, directly adjacent to the town is the Grand Case Beach Club and its two beautiful beaches; a perfect spot to take an afternoon swim and work off your delicious lunch!

While in St. Maarten, be sure to sample some of their local Guava Berry treats. Guavas, grown locally on the island, are whipped up into some truly fabulous deserts and rum drinks that you will surely partake of with delight.

For a great place to sit down and enjoy the glorious views of Simpson Bay, head to Saratoga (599/544-2421). A mix of Asian, Southwestern, and other cultures, the menu is constantly revolving, but the food is always great. Saratoga is closed August through September, and on Sundays as well.

Bistrot Nu, at Allee de l'Ancienne Geole (590/87-97-09) in downtown Marigot, is a simple, no frills restaurant featuring traditional French cuisine. Popular among tourists and locals alike, it is open until 2am nightly, except for Sunday. For a taste of local Creole cuisine, head to the Claude Mini-Club (590/87-50-69) in Marigot. A colorful and vibrant restaurant, it features a terrific dinner buffet on Wednesday and Saturday nights. 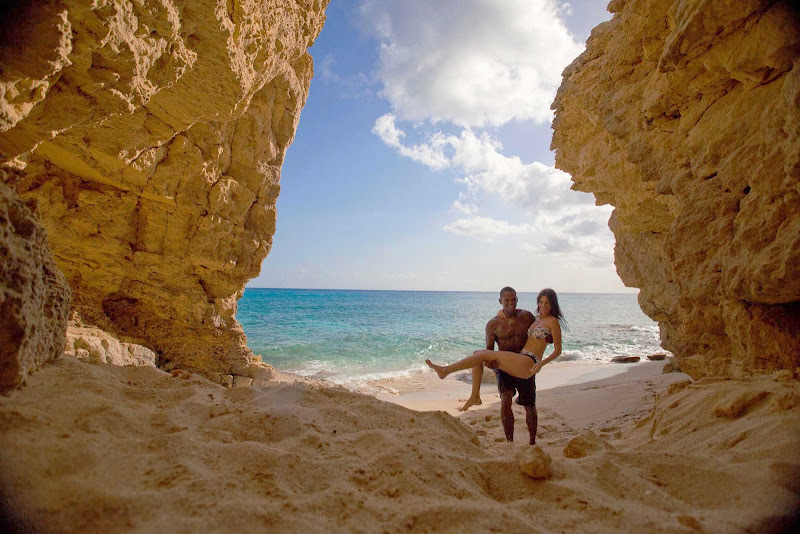 St. Maarten Tourist BureauShore excursions on St. Maarten can include a boat trip to Red Bay.

If time permits, then a small drive to Grand-Case is well worthwhile. Here you will find a quaint fishing village that has escaped the over-development of other parts of the island. Instead, you can soak in the beauty of the Caribbean surroundings in relative tranquility and dine on some of the best local cuisine available.

One of the best ways to explore this scenic island is by horseback. Whether it's a quick gallop on the beach or a longer guided tour through the inland hillsides, there are several outfitters that can assist you in this adventure, including Bayside Riding Club (590/87-36-64).

The best time to visit St. Martin and St. Maarten is May and June or between November and mid-December. The island's weather is pleasant year-round, but these are times when rain showers are less likely. Summer and early fall are not good for a vacation; this is considered the off-season and there's a chance of hurricanes. 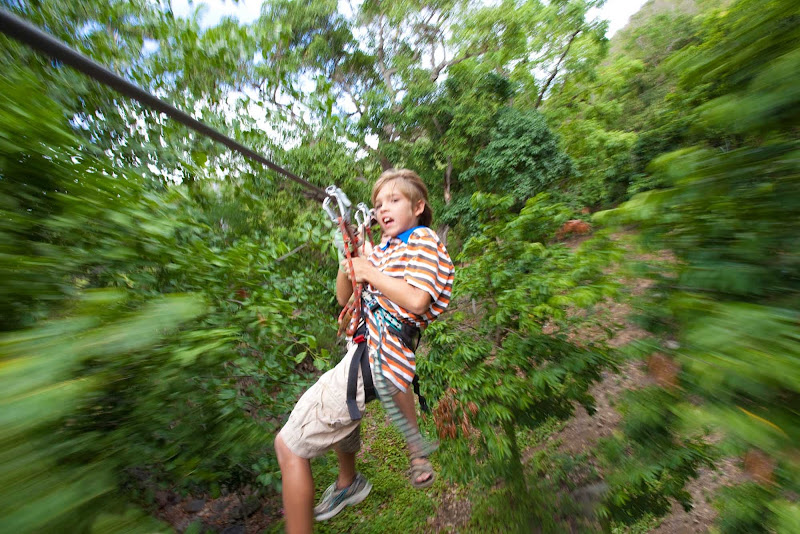 Cruise ships dock at the port in Philipsburg at the new cruise terminal. You can stroll directly into the town or hail a taxi to take you to French St. Martin or to any destination on the island.

Taxis are plentiful on the island, and they are the most popular way for tourists to get around. In both St. Maarten and St. Martin, the taxis are unmetered, so it is wise to get specific rate information before you depart for your destination. Contact the Taxi Service and Information Center (590/87-56-54) and they can assist you with any questions you might have about cab service. The island has an affordable bus system that, although crowded, is efficient in taking you nearly everywhere you will desire to go. Fares range from $1 to $2, and it is the best way to make a run from one capital city to another.

A water taxi operates between the cruise pier and the heart of downtown Philipsburg; tickets cost $3.00 each way (a roundtrip discount price of $5.00 is often available). Alternatively you can hike the 20-minute route into downtown Philipsburg. There is a sidewalk all the way to the boardwalk which is also wheelchair friendly – just the views are not scenic.

There is wifi access in most restaurants on the boardwalk in Philipsburg. You will need to purchase something to eat or drink in order to get the password.

Documents: A passport is required.

Language: Dutch and French are the official languages on their respective sides of the island. Some locals speak a form of pidgin that is often difficult for visitors to understand. English is an official language of the Dutch and is widely spoken on both sides, especially in tourist areas.

Currency: The two official currencies on St. Martin are the Euro on the French side and the Florin (Netherlands Antillean guilder or florin) on the Dutch side. US dollars are also accepted across the island.

Tipping: Bargaining is allowed, in a genteel fashion. Negotiate amiably and you can save! In restaurants and hotels, service charges of between 10% and 15% may be added to bills. Especially in restaurants, be sure to ask if a tip is included.

Safety: Crimes against visitors are very low with the exception of theft. Tourists tend to be targets, so don’t flash valuables or cash, and do not leave anything valuable in a car or on the beach.

Have you been to St. Maarten/Saint Martin? Please share a story, tip or discovery. What was the highlight?

“At cafes near the water's edge, waiters deliver chilled rose under beach umbrellas. In Grand Case, I swear I'm in the south of France.  The beach here may not be prettier than the isle's 36 others, but it has the added attraction of excellent eats.”

“After alighting in Philipsburg, hop in a cab and jet off to Orient Beach on the island’s French side for a less crowded experience in St. Martin.  Try Kontiki for a shaded lunch break during a dedicated day of beach lazing.”

“The southern Dutch  half of this Caribbean jewel boasts sprawling hotels and casinos on its coastal lagoons and sand spits, while the northern French side offers cozy boutique hotels and topless beaches (which could be why it's a major Caribbean tourist spot).”