Shanghai is a paradox, both an anachronism and a look toward the future. The Pearl of the Orient has a rich history, replete with multiculturalism and international intrigue. After the Communist takeover, Shanghai hibernated, before beginning to reemerge in the past decade. Since Deng Xiaoping proclaimed Shanghai to be the head of the new Chinese dragon, the city has undergone a complete facelift, with a booming economy that accounts for nearly 20% of China's gross national product.

These happy days are reminiscent of Shanghai's past. The city was divided up into small, independent, autonomous concessions, with a British section, a French section and an American section. While part of Shanghai remained Chinese, many locals chose to interact with the Westerners, and Shanghai became known as the Paris of the East. The Communist Party was born in Shanghai, and after it came to power in 1949, the city closed its doors to the outside world — until recently.

Today, more than 20 million people call Shanghai home. Cruise passengers will enjoy a city that's poised to become China's international face of the future, with a construction boom that's fueling feeling. The Pudong New Area is being transformed from farmland into the city's economic center. Shanghai's stock market is found here, along with some of the tallest buildings in the entire world. In just 15 years, the number of high-rise office buildings has increased tenfold, and that number is still growing. This burgeoning economy has again attracted people from around the world, allowing the old spirit of Shanghai to re-infect people. The city has come full circle.

Cruise ships that call on Shanghai 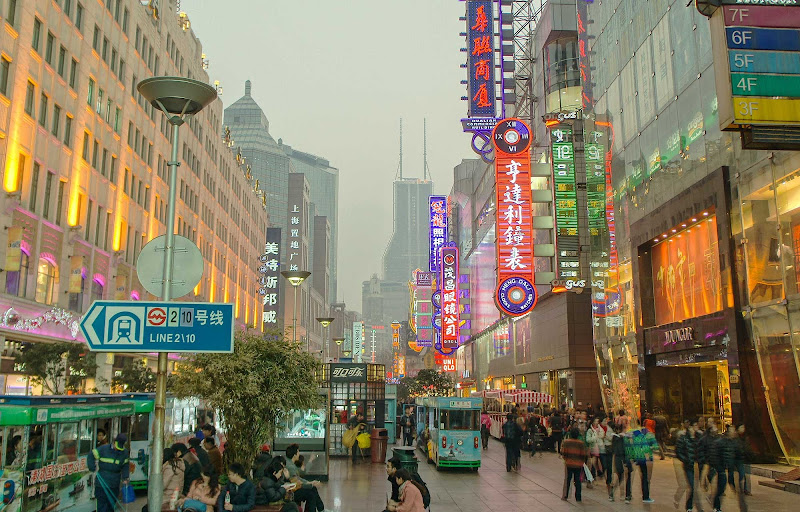 Top things to do & see in Shanghai

Shanghai is ever-changing, and the list of things to see and do here expands seemingly every day. However, there are some landmarks in Shanghai that will remain forever unchanged. Here's an abbreviated list of Shanghai's best attractions.

Yuyuan (Old City) is one of the city's main centers. Yu Garden dates back to the 1700s, and it still stands as a social and economic meeting place. A throng of shops surrounds the area, catering mainly to tourists. You must pass through the shopping area to enter the gardens, but once there you will forget Shanghai's bustling pace while you enjoy the serenity that engulfs you.

Architecture fans will think they've arrived in their own personal nirvana when visiting Shanghai. Very few cities around the world offer the diversity that Shanghai does, and the seamless combination of old Art Deco-style buildings and today's mega-skyscrapers is enchanting. For a taste of old Shanghai, check out Heping Fandian (20 Nanjing Dong Lu, 021/6321-6888), one of two side-by-side hotels that evoke memories of the Shanghai of the early 20th Century. An old bank, Pudong Fazhan Yinhang (12 The Bund, 021/6329-6188), is home to a beautiful ceiling mosaic.

The Bund is an avenue that epitomizes the combination of old and new in Shanghai. Before the Communists took over, The Bund was a dynamic street, a center of international diversity, architecture, and trade. The Bund has experienced a renaissance of sorts in recent years, with locals flocking here to enjoy the riverfront ambience.

In the center of the city, Shanghai's signature museum, Shanghai Bowuguan showcases the region's history. The huge art gallery houses one of the world's most impressive bronze collections, along with artifacts from ancient China. Jingan Gu Si (1686 Nanjing Xi Lu, 021/6256-6366) is a Buddhist temple dating back over 1,500 years, but it's a newer Buddhist temple that draws visitors from all over. The Yufo Si (170 Anyuan Lu, 021/6266-3668) is home to 70 monks, but more importantly, a bejeweled Buddha that sits over six feet tall and weighs over 400 pounds!

Shanghai trails only Hong Kong in Chinese sophistication, so you should have no problem finding exactly what you are looking for. Shrewd negotiators will find bargains, but if you hold your tongue, you'll pay through the nose!

Shanghai has tons of large shopping malls that sell everything you're looking for, plus some things you're not. Hongqiao Friendship Shopping Centre (6 Zunyi Lu, 021/6270-0000) is government regulated, while Babaiban Department Store (501 Zhangyang Lu, 021/5830-1111) is privately operated. Both stores have almost anything, from souvenirs to cosmetics to automobiles!

Shanghai antiques are popular, but make sure your antiques are not too antiquated. Chinese law prohibits artifacts that were made prior to 1797 from leaving the country. Off Xizang Lu, Dongtai Lu Market offers a wide selection of antiques, as does G-E-Tang Antique Company, Ltd. To ensure authenticity, you can shop at the government run Shanghai Antique and Curio Store (192-246 Guangdong Lu, 021/6321-4697 ext. 301). 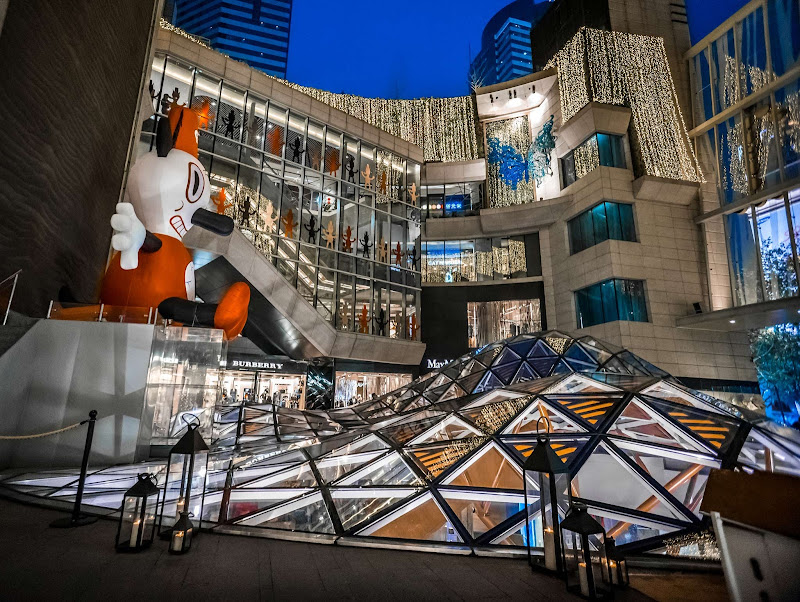 Shanghai's dining scene is diverse, with menu options ranging from the obvious Chinese restaurants to a smattering of world cuisine that befits a thriving metropolitan city. You will have plenty of excellent Chinese restaurants to choose from, but try not to miss the Peking duck at Feng Zhe Lou (170 Nanjing Xi Lu, 021/6327-5225). Shanghai specialties are also on the menu at Big Fan (1440 Hongqiao Lu, 021/6275-9131 ext. 268).

You wouldn't expect to find Cajun food in China, but Bourbon Street (191 Hengshan Lu, 021/6445-7556) will do its best to take you back to New Orleans. M on the Bund belongs to the same franchise that opened the more celebrated M on the Fringe in Hong Kong, but this branch is gaining fast in terms of dining reputation. If you know the right people, you can try and score the best seat in the house, a special table with a view of the entire street. Park 97 (2 Gaolan Lu, 021/5383-2328) and Dragon and Phoenix Room are two more excellent choices for dining in Shanghai. Japanese food in China is outstanding, and you'll find none better than Yamazato in the Garden Hotel, although you can expect to pay a heavy premium for the quality. For a more moderately priced Japanese meal, visit Itoya (1515 Nanjing Xi Lu, 021/5298-5777). 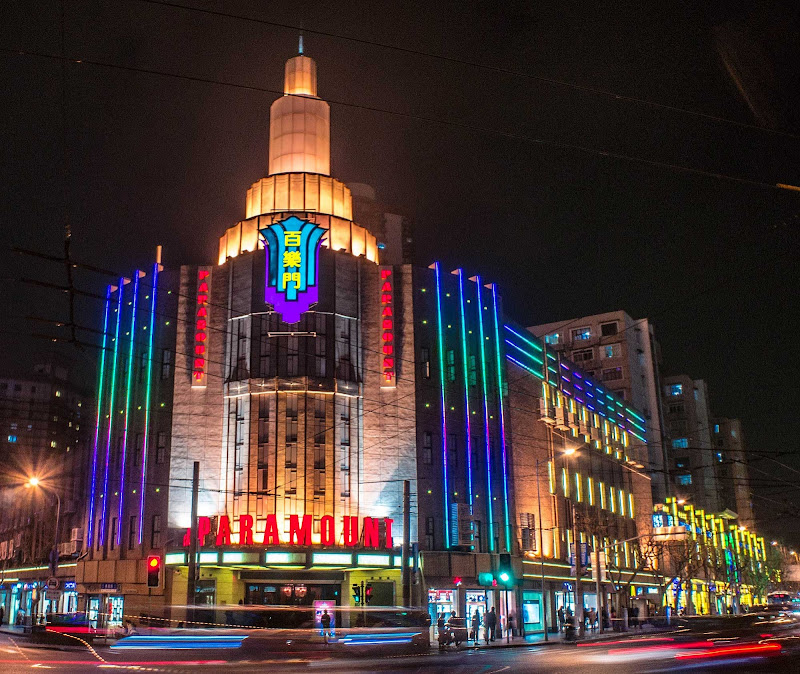 Except for the windy, chilly winter months, Shanghai teems with tourists and travelers, most notably May through October. July and August are unpleasantly hot and humid as a rule. September and October are really the ideal times to visit, but they're also popular times for meetings and conventions.

Cruise ships dock at the Port of Shanghai. The Shanghai airport is about 15 miles away, and access to the rest of the city is easily available from the port.

Buses are generally overcrowded and stuffy in Shanghai. However, they are very efficient, and you should have no problems getting anywhere you need to go. Shanghai's subway system is in its infancy, but promises to be a very effective way to get around in the very near future. As is the case in most major cities, taxis remain the best way to get around the city. Call Friendship Taxi Company (021/6258-4584) for a cab. Many of Shanghai's best tourist attractions are concentrated in small areas, so exploring on foot is an option.

Language: Mandarin is the official language.

Safety: Shanghai is a fairly safe city and violent crime is rare. However, petty crimes like pickpocketing and bike theft are common. Pay extra caution before the Chinese New Year (in January or February, depending on the lunar calendar), as thieves may be more active in looking for new year money.

How about you? Have you been to Shanghai, on a cruise or otherwise? What was the highlight? Have any tips? Let's see your photos!

“An innovative breed of mixologist is bringing cocktail culture to Shanghai.
Heyday: With its cushy banquettes, terrazzo floors, and waitresses in qipaos, this just opened  club is an homage to Shanghai's 1930's jazz era. Speak Low: This speakeasy-style bar offers a trio of distinctive drinking dens. Flask: A vintage Coca-Cola vending machine inside a sandwich shop conceals the entrance to this whiskey mecca from Taiwanese bartenders Allen Hsu and Bear Weng.”