As with any world-class city, San Francisco offers both iconic landmarks as well as hidden jewels. Travelers who parachute in and out without staying a couple of days on either end of a cruise are missing out on a wide range of sights and experiences in this diverse, vibrant city that is home to a number of world-class landmarks that adorn what may well be the world's most beautiful bay.

So, yes, spend an afternoon riding one of the storied cable cars and even visiting Fisherman's Wharf if you must. But set aside some time for the San Francisco that locals know and love.

I've lived in the Bay Area for 20 years, and the city is quite a storybook. You can find echoes of the Gold Rush, the rough and tumble frontier town that Mark Twain covered, the Great Earthquake of 1906 and the Beat Generation. You can visit former military outposts like the Presidio or swing by The Haight to capture the hippie vibe of the Summer of Love (1968).

The city is renowned for its cold summers and fog, so be sure to wear layers of clothing to protect from the chill you may feel on many summer and winter days. And be aware that the city is probably Exhibit A in the nation's growing income gap, with well-off tech workers gentrifying some downtown neighborhoods while homelessness is going up.

San Francisco is not just a port of call but also a port of departure for cruises to Alaska, Hawaii and the Mexican Riviera. The city's opening a new cruise terminal in September 2014 that can handle ships up to 4,000 passengers means we're starting to see more arrivals and departures, especially from Princess Cruises. Ships that call on San Francisco include: 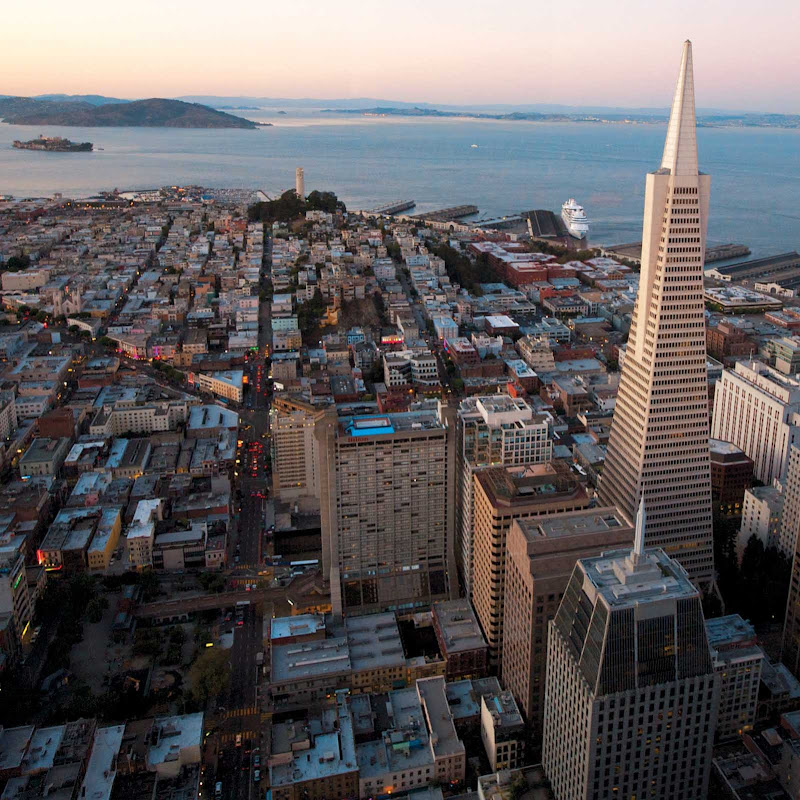 San Francisco at its core

Diversity and tolerance are the twin credos that infuse city life. (And it's a diverse populace of 884,000 where Asian-Americans will outnumber non-Latino whites in the not too distant future.) This is what makes San Francisco such an extraordinary place to live and visit: Everyone is welcome, and walking through the city you'll encounter folks eager to help you on your travels.

Top things to do & see in San Francisco

Walk north: Your ship will likely dock on the Embarcadero at Pier 27. Your first choice is whether to head north to Pier 39, a small amusement park featuring a carousel from Italy with 1,800 lights, a bungee trampoline, 60 specialty shops and the family-friendly Aquarium of the Bay. One Pier 39 highlight: the Crab House (No. 203), where you can find fresh crab and butter, crab chowder and more. Nearby are fun if touristy Fisherman's Wharf  (0.6 miles away), the Cannery, Ghirardelli Square and lots of barking sea lions. 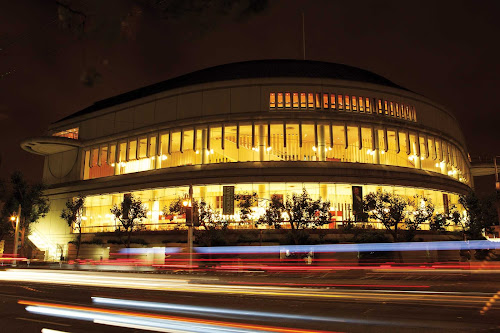 Walk south: Or, you can head south and pop into The Exploratorium at Pier 15, a kid-friendly hands-on science fair, before arriving at the Ferry Building (1 mile away), filled with food shops and cafes — and a good launchpad for your forays into San Francisco. Now, you can decide whether to head farther south, beneath the sumptuous Bay Bridge, grab a hot dog and cold brew at divey Red's Java House (Pier 30) and spend time around newly trendy China Basin and AT&T Park, home of the San Francisco Giants.

Walk downtown: A better choice is to head straight out of the Ferry Building and stroll down Market Street through the heart of downtown. From there, it's a couple of blocks to Union Square and all that fabulous shopping and people watching. Or you can take the BART train to Civic Center near Twitter headquarters, City Hall, the Asian Art Museum and War Memorial, home of the San Francisco Opera and Symphony.

Drive north: If you're keen on seeing the majestic Golden Gate Bridge, you might take a ferry across the bay to Marin County. But if you want a closeup view, grab an Uber and head to the Presidio — a former military base and now part of the Golden Gate National Recreation Area — for postcard-worthy photos, or walk, bike or ride-share across the bridge, with its 746-foot tall towers, which attracts more than 10 million visitors a year. 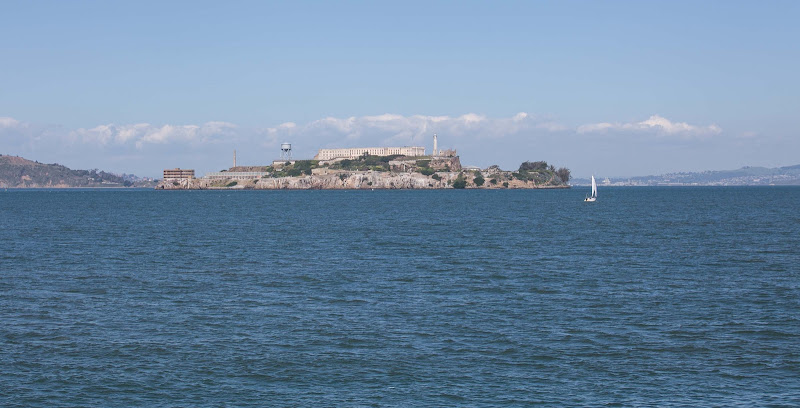 You can't take in all that San Francisco offers in the course of a day, so decide which attractions and landmarks to see: 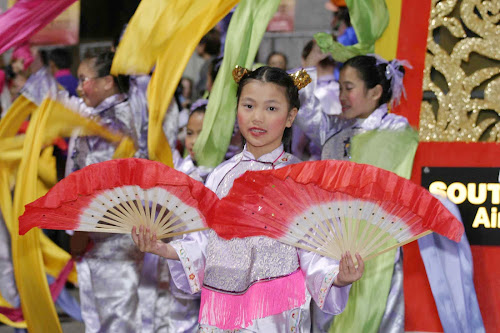 Jack Hollingsworth / Courtesy of San Francisco Travel AssociationLocals usher in the Chinese New Year with a colorful parade in San Francisco's Chinatown each January or February. 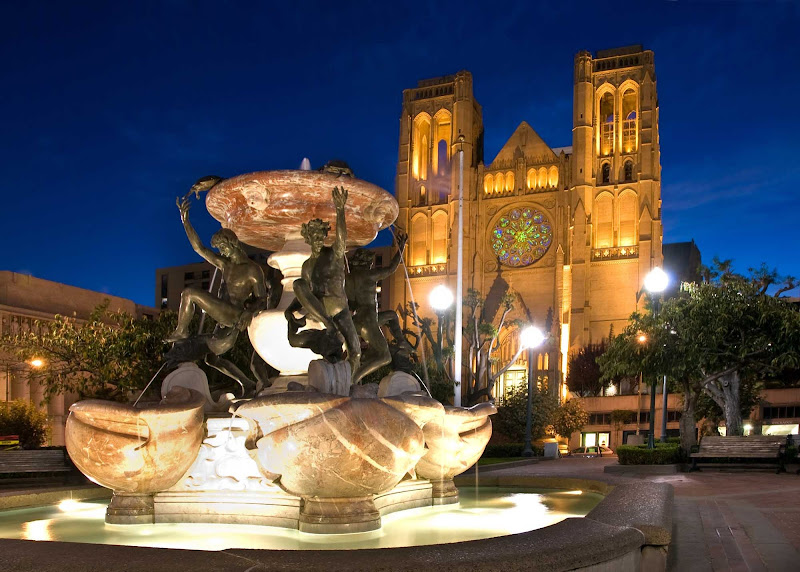 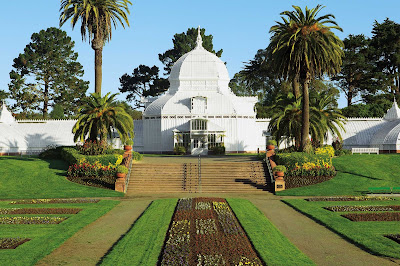 San Francisco's dining scene is not only vibrant — I'd put it just behind New York and on par with Los Angeles for some of the best dishes you'll find in the U.S., so I'll map out a lot of choices. Here are some that I can vouch for or that received high marks from local superstar food critic Michael Bauer, who says the city's restaurant scene has never been so good. 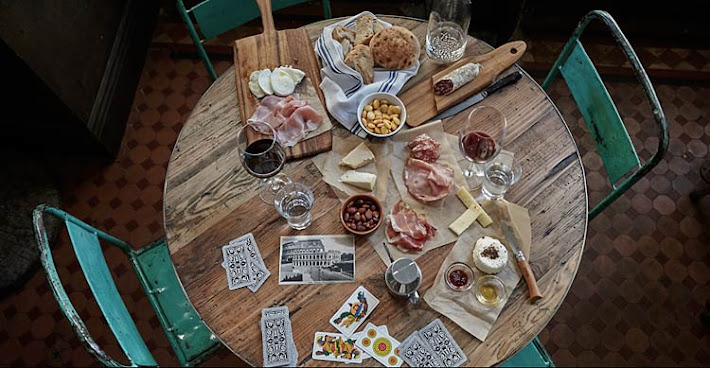 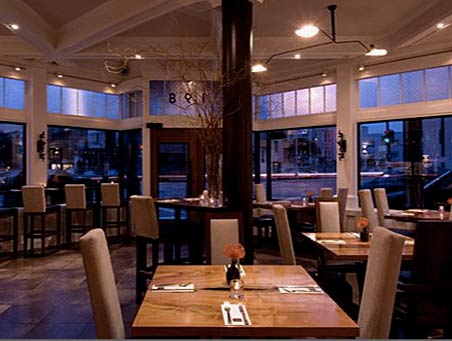 If you just have time for a weekend brunch, here are some good choices: Rose's Cafe (2298 Union St.) offers breakfast pizza and al fresco dining; Palm House (2032 Union St.) is considered one of the best outdoor dining spots in the city; Mission Beach Cafe (198 Guerrero St. at 14th St., the Mission) is a gem of a corner cafe with a personable service and good food; Bar Tartine (561 Valencia St., the Mission) offers a light-filled, airy space with natural woods and dishes with Scandinavian and Japanese influences.

If you're just hankering for a coffee drink, skip the Starbucks and head to the venerable Café de la Presse (Bush St. & Grant Ave.), trendy Blue Bottle Coffee (66 Mint St. and two other locations) or The Creamery (685 4th St. at Townsend, SoMa), where startup deals go down. For an exquisite neighborhood wine bar, head to the Marina for a tart or burrata at A16 (2355 Chestnut St.).

Some of the dishes served at Californios. 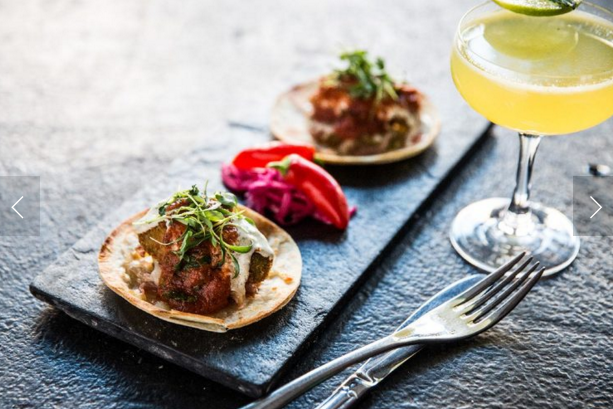 A dish from the family-owned restaurant Loló.

A gallery of images from Rich Table. 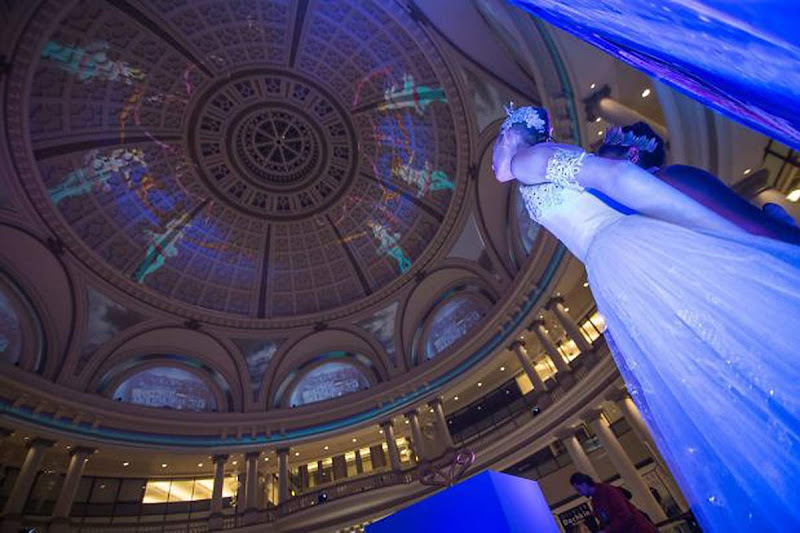 Not far away, Bloomingdale's and Nordstrom anchor the Westfield San Francisco Centre (865 Market St.), the other shopping hotspot in town.

For distinctive boutiques and shops that are less crowded, I like to window-shop along Chesnut Street, Union Street in the Marina, Hayes Valley and the Valencia Corridor of the Mission. 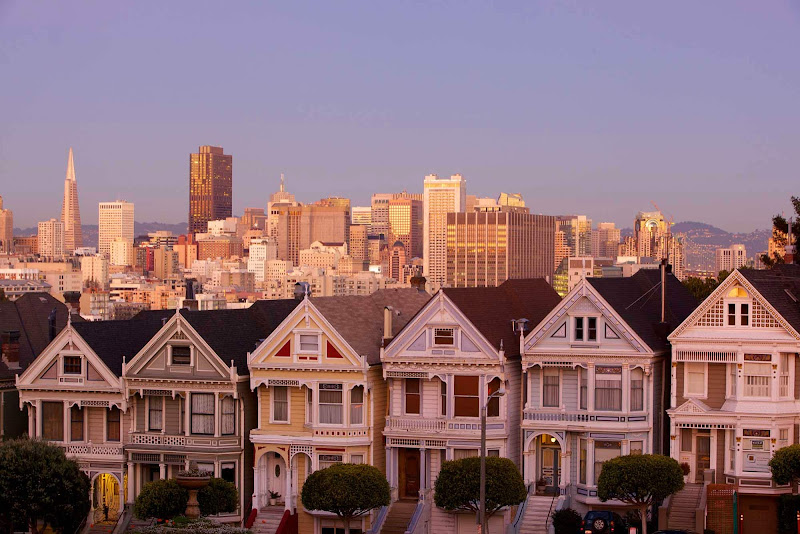 Fall, winter and spring are the best times to visit San Francisco — September and October are especially glorious. Note: It really does get freezing cold in July and August because of the fog rolling in so leave the short sleeve shirts at home and bring a jacket, people! Average temps: 51°F in January, 57°F in May, 63°F in September.

The most expensive place to rent an apartment in the U.S.? Not New York. The average one-bedroom apt. in SF goes for $3,460 a month.

Cruise ships dock at Pier 27, the new James R. Herman Cruise Terminal on the Embarcadero. If Pier 27 is occupied, your ship may dock at Pier 35. 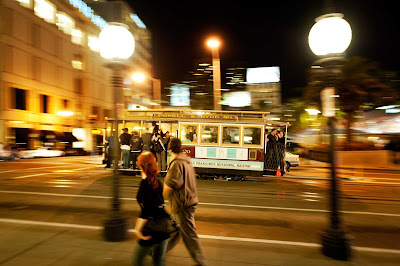 Unlike, say, Los Angeles or Miami, San Francisco is very walkable, if you're up for climbing a few hills. Two national publications named San Francisco as the second most walkable city in the U.S., after New York. Unless you're traveling far afield, you won't need a rental car here. Just hail an Uber on your smartphone — the startup was born here and Uber cars now outnumber taxis by about a 3-1 ratio. Lyft is another low-cost ride-sharing service.

BART is a fast, inexpensive way to take an underground train to different areas of town and to the East Bay. If you're up for a bus ride, Muni has stops throughout the city.

Cable cars offer an exciting way to see the city. Most visitors try to hop on cable cars at Powell and Market or near Ghirardelli Square or Fisherman's Wharf. Be prepared for long lines in summer months.

Ferries depart from the Ferry Building, south of the cruise terminal, to Tiburon and Sausalito, in case you want to explore Marin County.

Free Wi-Fi: San Francisco is one of the most wired cities in the United States. Businesses offer free Wi-Fi all over the city, particularly cafes and coffee shops.

Store hours:  Stores are typically open weekdays from 9 am to 9 pm with earlier closures on weekends.

Tipping:  As in most U.S. cities, a 15 percent tip on restaurant and taxi bills is standard, but it's really up to you.

Safety:  Overall, San Francisco is a safe city, though thefts and car break-ins are common, so be aware of your surroundings.

How about you? Have you been to San Francisco? Have any tips for visitors? I'd love to hear about your experience and see your travel photos. I've sprinkled a few of mine in the photo gallery at top.

Help improve this article! See anything wrong? What did I mess up? Be a co-creator!

“Golden Gate ferries operate from the Ferry Building to Sausalito (30 minutes). The transit company also runs buses across the Golden Gate Bridge to the G.G. National Recreation Area, Sausalito, and many coastal and inland destinations throughout Marin County.”

“Perusing a map of San Francisco has never been so much fun (or as delicious) at it is at Trick Dog, a Mission District cocktail bar that tops our list of places to drink in a city full of excellent watering holes. The menu lists the bar's libations — all 13 or which are named for local landmarks — on a loverly watercolor map. The Lombard Street, named for the infamous hairpin lane, is a smoky citrus mix of Pierde Almas mezcal, chili liqueur, and manzanilla, while the Painted Ladies — made with vodka, melon soda, honey and mint — pays tribute to the city's iconic pastel-hued Victorian houses.”