With arguably the best weather in the United States, picture-perfect waves, a steady stream of visitors and some of the friendliest people around, San Diego is nothing if not unrelentingly pleasant. San Diego’s downtown area may have skyscrapers and countless rows of bars and restaurants, but the majority of the city is made up of beautiful outdoor parks and sandy beaches. From Balboa Park and the Gaslamp district to endless stretches of boardwalk, San Diego is both a good-time hotspot and a beach lover’s paradise.

Featuring 70 miles of glorious coastline and lovely temperatures all year, San Diego is a great place for cruise visitors. It is a prime spot for swimming, windsurfing, snorkeling, kayaking, bicycling, and skating. Balboa Park and three world-famous animal parks are located here, and the nightlife in this city is booming. Although once a small Navy town, this city has become a cultural mecca for those in search of a great time. 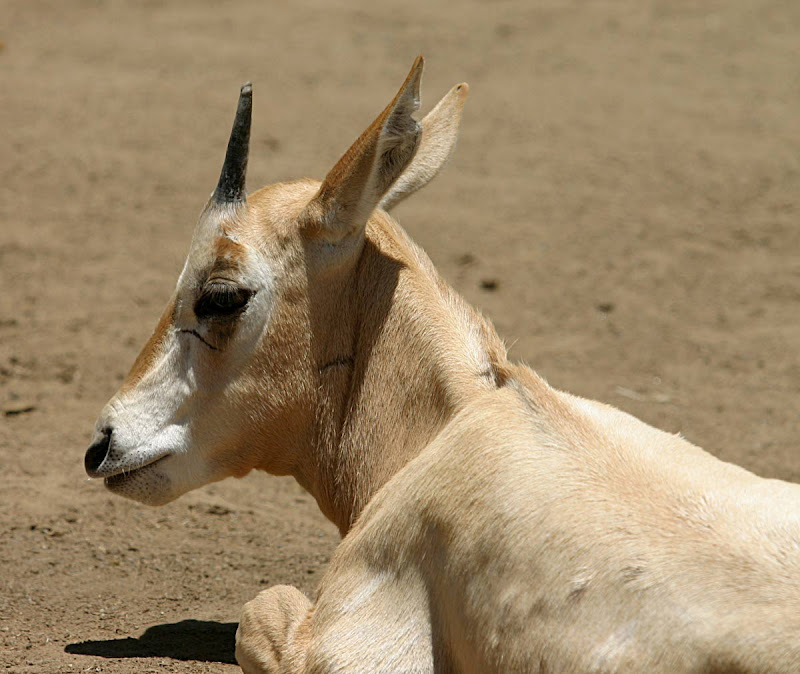 Cburnett / Creative Commons BY SAA young scimitar oryx at the San Diego Zoo. It has two horns, but by viewing it from the side you can see how the legend of the unicorn was born.

Things to do & see in San Diego

Spend some time in sun-splashed Balboa Park. On weekends its 1,200 acres, 17 museums and dozens of trails are packed with locals and visitors alike. Make sure to stop in the Botanical Building, a century-old lath structure filled with more than 2,000 plants; free admission.

This legendary zoo is located in Balboa Park and houses over 4,000 animals. The San Diego Zoo (619-231-1515) also features shows, exhibits, and Chinese pandas. There are two tours offered on the grounds: The thirty-five-minute guided bus tour, and the birds eye Skyfari that travels above the zoo. The Children's Zoo is a great activity for kids, as the hands-on petting area will appeal to eager children. 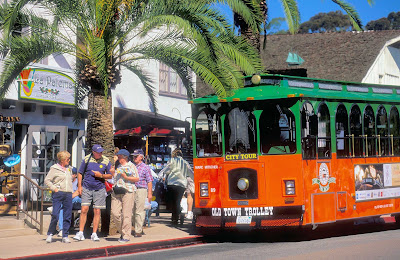 An independently owned open-air bus, the Old Town Trolley (619-298-TOUR) travels continuously around the city in a loop. Showcasing all of the sights and wonders of San Diego, the tour lasts about two hours but it allows you to go at your own pace by stopping at sights along the way.

Located between Broadway and G Streets in downtown San Diego is Horton Plaza, featuring over 165 world-class shops and dining facilities. David Zapf Gallery (619-232-5004) can be found at 2400 Ketner Blvd. and is a fantastic place to see or purchase a piece of California artwork. 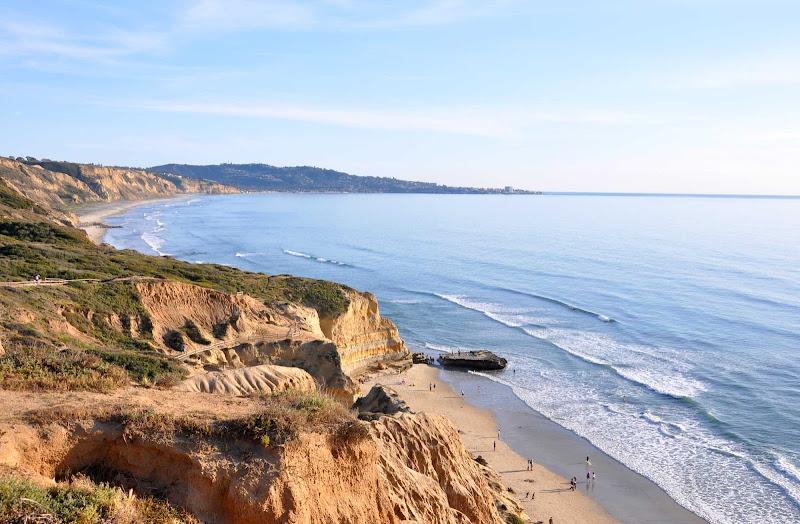 Imperial Beach is the most popular beach in San Diego for surfers. Coronado Beach is lovely and wide open. The sparkling white beach is quite conducive to strolling and relaxing. Ocean Beach is a great spot to enjoy a picnic. A pier with facilities and restaurants is available there as well. Further north, be sure to visit La Jolla Shores, 18th Street at Del Mar, and Wind 'n Sea beach.

San Diego boasts perhaps the nation's best craft beer scene (120 in all). One well-regarded spot is the Brew Project, a small bar in Hillcrest that switches up its beer menu daily: Choose from offerings such a coffee and vanilla nitro stout. 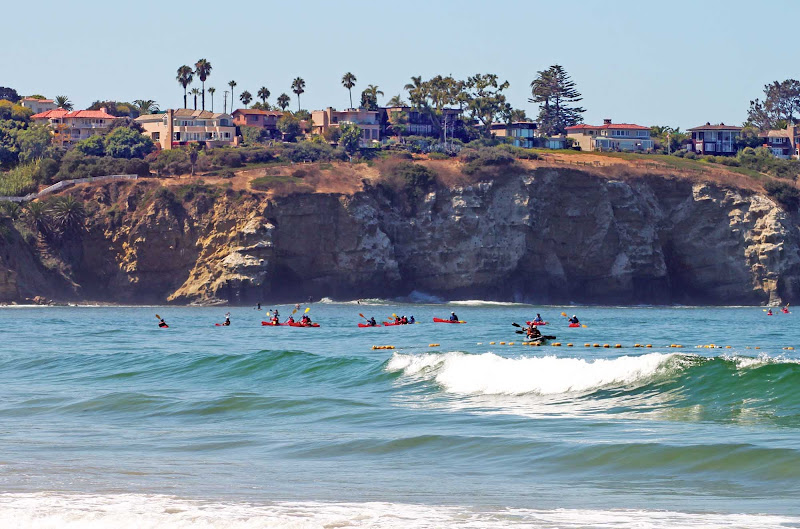 If you are craving a smaller vessel, there are a variety of sailboats to charter throughout the region. Whether you want to try your hand at sailing along Mission Bay or charter a sailboat tour for family and friends, there are plenty of options if you want to get some additional time on the sea.

With gastronomic influence coming from the city’s geography, ethnic mix and sustainable ingredients, San Diego cuisine is just as diverse as it is fresh.  For a French, Mediterranean and Californian-style fusion restaurant located beachside at La Jolla Shores, The Marine Room (858-459-7222) is famous for its high-end dishes and dramatic ocean views. El Agave Tequileria (619-220-0692) is an authentic Mexican restaurant situated in Old Town, and famous for its Mexican nouvelle cuisine and tequila list of over 100 brands. A visit to the Gaslamp district is sure to whet your appetite, as a variety of up-and-coming stars of the culinary world are trying out the latest dishes here. In South Park, Buona Forchetta serves up perhaps the city's best pizza, with heat-blackened crusts topped with fennel sausage and burrata, drawing crowds and two-hour waits.

There are no bad seasons in San Diego; the weather is usually pleasant all year round. However, if you don't want to deal with the high-density tourist seasons in summer, March through May and September through November are ideal. 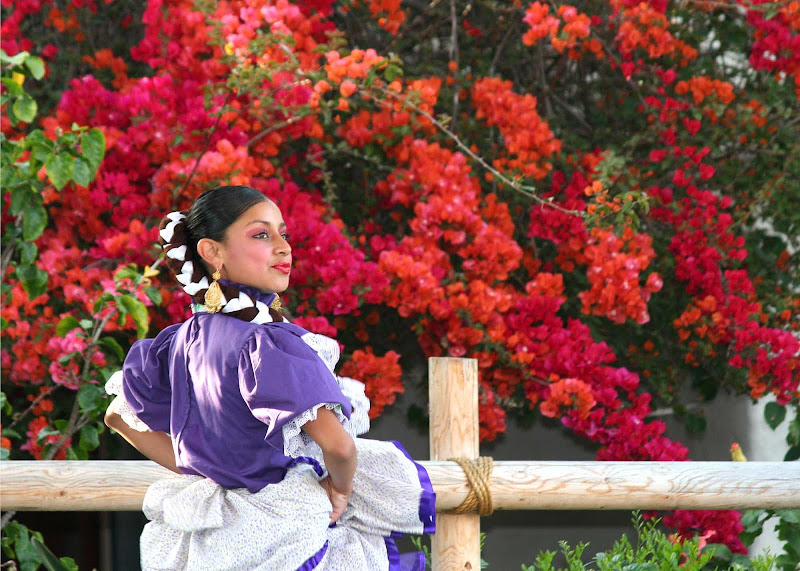 Cruise ships dock directly on 1140 North Harbor Drive on the B Street Pier right in front of the skyline of San Diego. On busy days the Broadway Pier, just a few steps away, is also used. You can hop on a bus or take a taxi to your destination in the city.

Taxi: It's fairly easy to catch a taxi around town. Usually, the cab driver will take credit cards. Some even offer a flat rate and a meter price and you’ll have to pay the lower amount of both.

Bus: The city's bus system is extensive and will take you to many of the most visited destinations in the city. There are over 100 bus routes that traverse the city.

Car rental: Because San Diego is spread out over such a wide area, you may want to rent a car if you're spending the day and heading to multiple locales.

The Port of San Diego offers a free wifi connection to cruise guests for a limited number of hours in the terminal called OpenPort. There are also numerous restaurants and Starbucks coffee houses in the downtown offering free wifi services.

Store hours: Stores in San Diego are open typically from 9 am to 9 pm, seven days a week.

Tipping: A 10% to 15% tip on the restaurant/taxi bill is greatly appreciated. Sometimes a tip is automatically added to your bill; check your credit card slip before adding additional tip.

Safety: San Diego is one of the safest cities in the United States. But as always, don’t flash cash around and stay in well-lit areas at night.

Have you visited San Diego? What was the highlight for you? We'd love to hear about your experience.

“The Museum of Photographic Arts is one of Balboa Park's hidden gems. Its impressive 7,000-print collection, inside a restored Spanish neo-Renaissance-style building, includes such 20th century giants as Dorothea Lange, Alfred Stieglitz, and Henri Cartier Bresson. ”

“Queue up with the locals at Oscar's, a divey taqueria in north Pacific Beach where the smoked-fish tacos — a San Diegan obsession — come loaded with avocado and three types of house-made salsa. There are only 25 seats, mostly outdoors, at the flagship location, but you can walk a few blocks to the shore for an impromptu picnic.”