Occupying the northeastern corner of North America, Quebec is Canada’s largest province by area. Its preserved French heritage and Francophone culture sets it apart, and it’s the only province where French is the official language and all the signs are in French.

Its European feel and its history, culture and warmth have made Québec a favorite tourist destination both nationally and internationally. Quebec's main cities, Montreal, Quebec City and Gatineau, all offer an energetic cultural scene, excellent shopping, upscale accommodations and top-notch cuisine and, of course, wine.

Québec has traditionally had less restrictive liquor laws than nearby Ontario: minimum drinking age is 18, beer and wine are available in corner stores and the rules on opening hours for bars are less restrictive. In Gatineau, the Promenade du Portage area in the city center is known to attract rowdy, drunken patrons from across the Ottawa River.

Cruise ships that call on Quebec 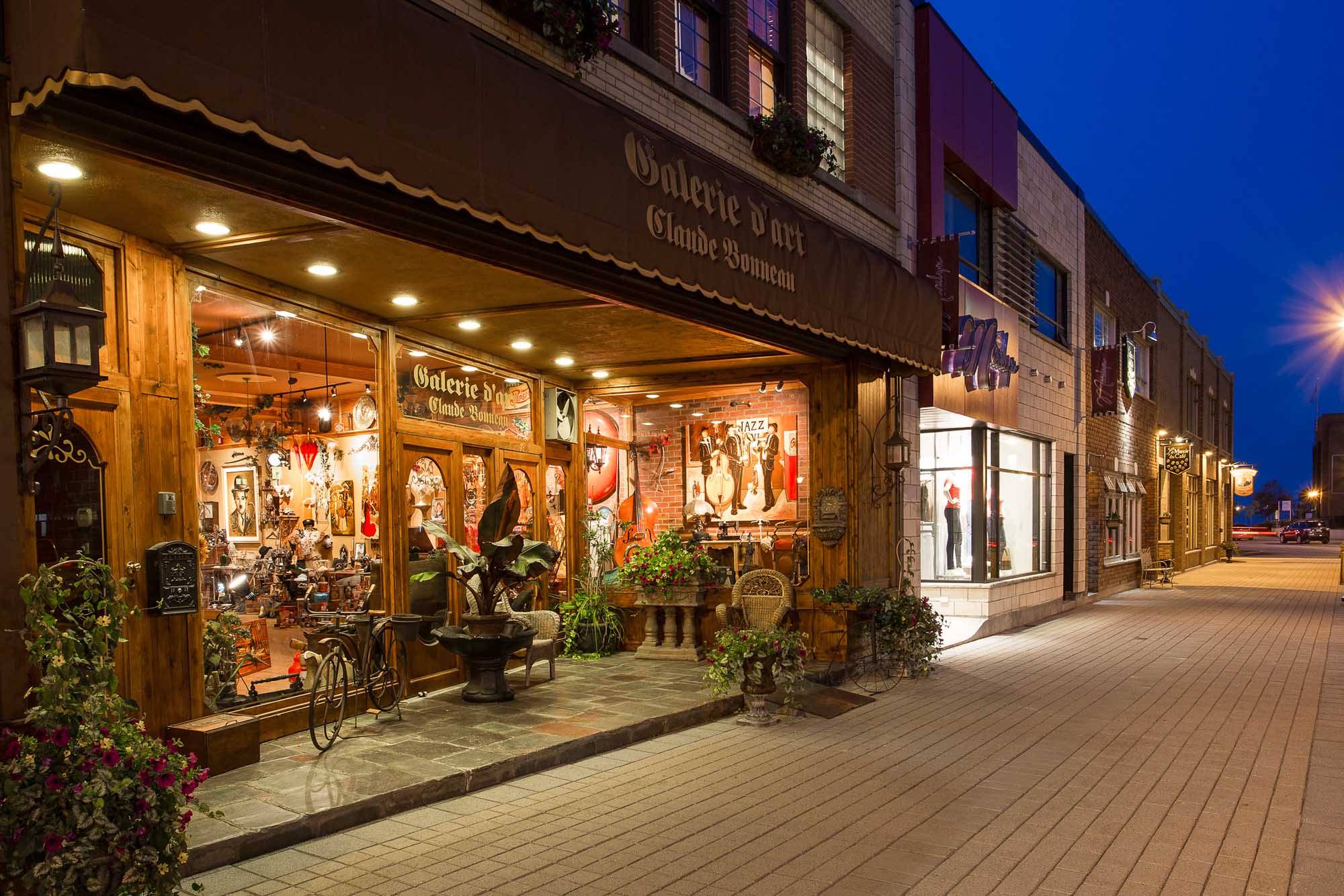 Mathieu Dupuis / Cruise Saint LawrenceAn art gallery and shops in the city center of Baie-Comeau, a town 260 miles northeast of Quebec City in the Cote-Nord region of Quebec, Canada.

Top things to see & do in Quebec

The visibility of commercial signs and billboards in English and other languages is restricted by law (except for English-language media and cultural venues such as theatres, cinemas and bookstores). Most businesses will not have signs in English except in tourist areas and localities with a large English-speaking population. Language is a very sensitive subject politically, particularly in Montréal. If you cannot read a sign in a store or restaurant, most sales people will be sympathetic and help you find your way. Most restaurants in tourist areas will supply English menus if asked. 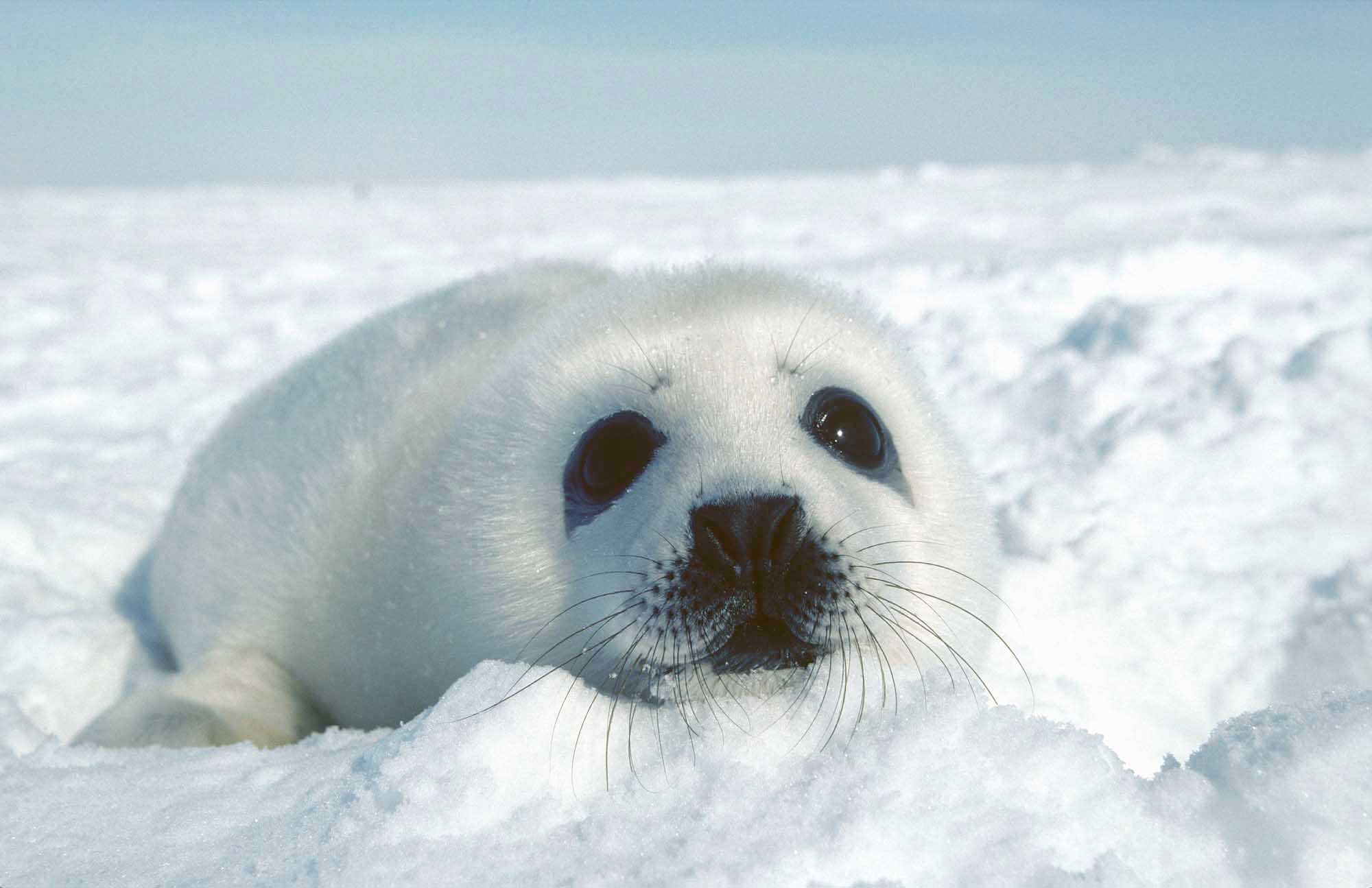 No visit to Quebec is complete without at least one plate of poutine. This unique dish is a plate of French fries, drowned in gravy, and topped with chewy white cheddar cheese curds. There are variations on the theme — adding chicken, beef, vegetables or sausage, or replacing the gravy with tomato meat sauce (poutine italienne). Poutine can be found in practically any fast-food chain restaurant in Quebec, but higher-quality fare can be found at more specialized poutine shops. One great spot for trying out poutine is Ashton (in the Québec City area), where, in January only, you will get a discount based on the outdoor temperature (the colder it is outside, the cheaper the poutine!).

Befitting the province's sub-arctic climate, Québécois cuisine favors rich, hot foods with more calories than you want to know about. Tourtière du Lac-Saint-Jean, for instance, is a deep-dish pie, typically from the Saguenay-Lac-St-Jean region, made of various meats (usually beef and pork, often including game, cut into small cubes) and diced potatoes, baked together in a flakey pastry shell.

Québec’s cuisine derives its rich flavor from a blend of influences. It has a solid French culinary base and is enriched by the contribution of the Amerindian peoples and the different cultural communities that have made the province their home. This blend of culinary cultures is what makes Québec cuisine what it is today. Many quality regional products are also used in its cuisine. Terroir products that grace Québec tables include ice cider, micro-brewed beer, wine and more than 100 different varieties of cheese. 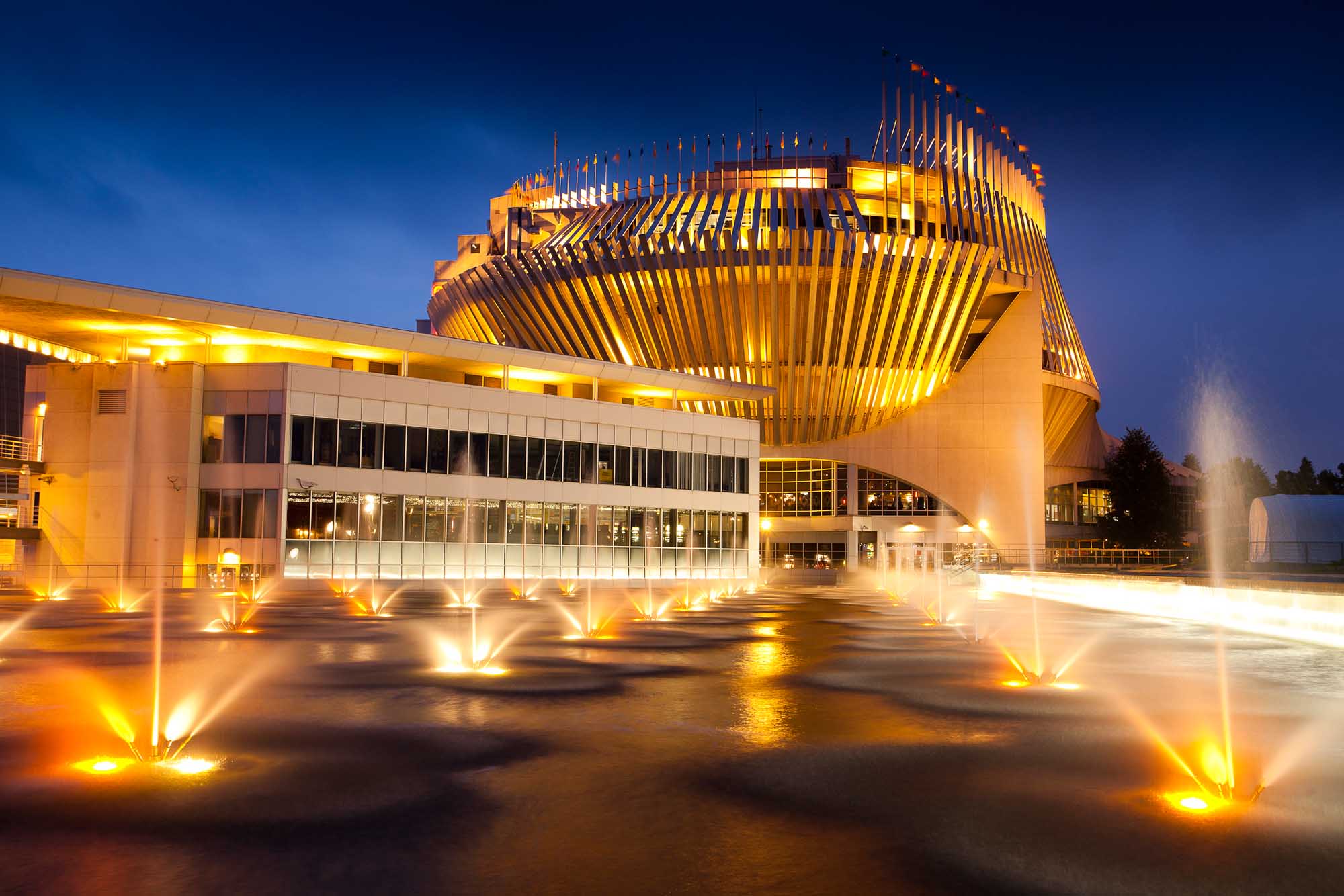 Montréal is the metropolis of the province of Quebec. (See Cruiseable's Montreal travel guide.) Quebec City is the political capital but Montreal is the cultural and economic capital of Quebec and the main entry point to the province. The second largest city in Canada, it is a city rich in culture and history and a well-deserved reputation as one of the liveliest cities in North America. Montreal is the second-largest French-speaking (as a mother language) city in the world, behind Paris. The population of Montreal is about 1.9 million, with 4 million in the metro area.

It has been said that Montréal is the only city in the world where the sun rises in the south. Montrealers use an unconventional compass, using the river and the mountain as cardinal points. When you are downtown, the St. Lawrence River is “south” and Mount Royal is “north,” making the West Island and the East End correct in both their names and orientations. This tends to confuse visitors because the “East” End is really north and the “West” Island is south, and the St. Lawrence River runs almost north-south at this location. Most local maps use this convention, as do the highways around the city. For example, Autoroute 15 north actually runs northwest and Autoroute 40 east runs northeast.

Montreal is an extremely inviting destination for gay and lesbian tourists. Montreal itself is a very safe and open. The métro station in the Gay Village, Beaudry, is marked with rainbow pillars. Divers/Cité Montreal's pride celebration (last week of July, first week of August) is the second largest in Canada after Toronto's.

The capital of Quebec City, a UNESCO World Heritage Site, is split into two levels connected by stone stairways. The Upper Town, circumvented by old city walls boasts the landmark hotel Chateau Frontenac, with medieval-looking gables and turrets and green copper roofs. From here you can access the fortified Citadel.

Cafes on cobblestoned alleys accentuate the European flavor of Upper Town. The Lower Town’s 17th-century streets are centered on Place Royale, the cradle of French civilization in North America. 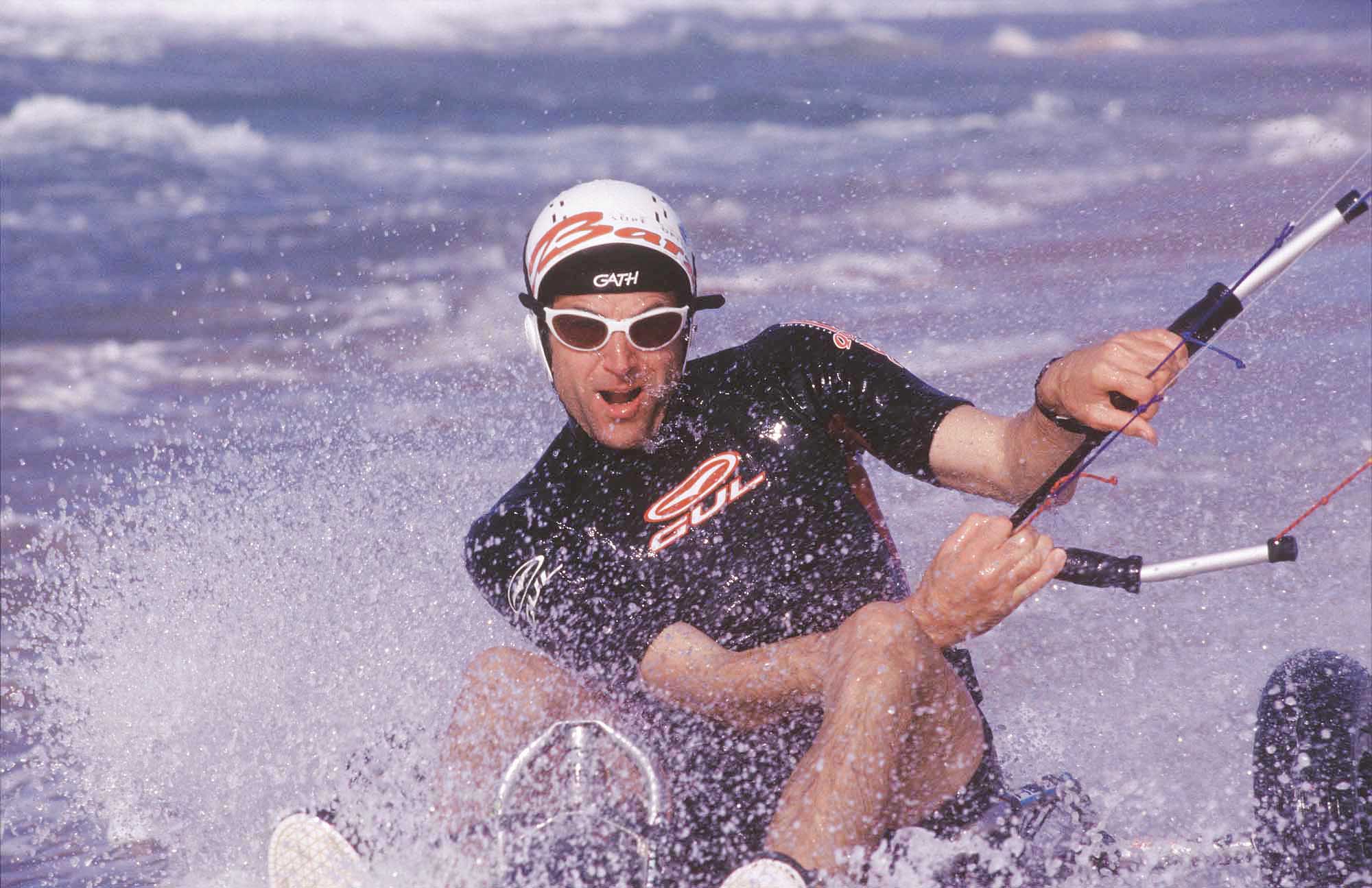 You’ll need that exercise if you partake in the area’s seasonal tradition of érablière, cabane à sucre or maple sugar shack. With rare exception, these are found in the countryside near tiny rural villages. Local maple syrup is produced seasonally; the sap begins to flow early during the spring thaw and is collected for distillation. This places the start of the season at the mercy of the elements, although there is usually fresh syrup to be had in late March or early April — usually before the last of the snow is gone. Maple sugar shacks are typically large rural communal dining halls in which diners fill up on a dietician's nightmare of traditional high-calorie lumberjack food, cost starts around $20/person but varies as some venues offer entertainment, "tire sur neige" (maple toffee on snow) or sled rides. Once the season ends, many of these venues close or are used for other agritourism activity — an open field often becomes a summer campground.

Ottawa, Canada’s capital, is directly across the Ottawa River from Gatinaeu. 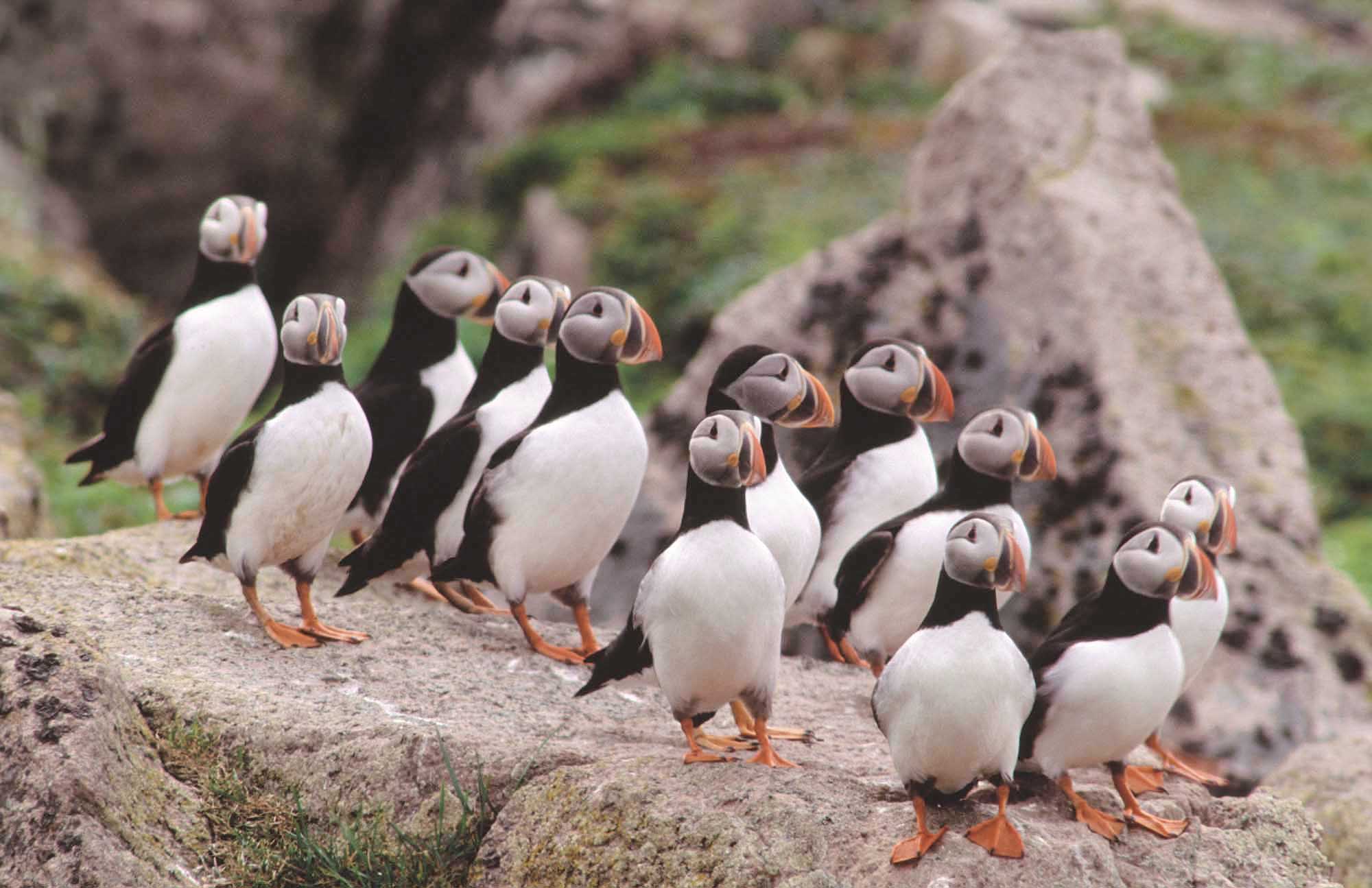 Québec has a vast road and air network that makes it easy to travel between cities. You can travel by car, bus, plane, train, bike or boat.

Using air transportation to travel between the different cities in Québec (Gatineau-Québec City, Montréal-Québec City, Montréal-Bagotville) is possible but usually too expensive to be worthwhile. Air travel is indispensable for getting around northern Québec (except for the Baie-James region, which is served by a paved highway), because there are no highways or railways serving these remote areas.

VIA Rail Canada is Québec's only intercity passenger train carrier. Via Rail also offers train service along the St. Lawrence river, up the Saguenay and in the Gaspé Peninsula.

AMT runs Montréal's commuter trains to the suburbs. Trains run infrequently (compared to Europe). There are no high-speed trains in Québec. Buses are usually cheaper, with more daily connections.

Tshiuetin Rail Transportation runs a passenger train twice weekly on the QNS&L line between Sept-Îles and Schefferville. This isolated network, not connected to the rest of the North American rail system, briefly crosses out-of-province to serve Emeril, Labrador.

The main way to travel between cities is by bus. The bus network is very well developed, particularly for connections between Québec City-Montréal, Ottawa-Montréal and Toronto-Montréal. Montreal's main bus station is located at 505 De Maisonneuve East. Buying tickets and making seat reservations is a good idea, particularly for Friday evening or holiday travel, but same day ticket purchase is also possible.

Within cities, public transit tends to be good by North American standards.

Renting a car and driving around Canada poses no particular problem, even in the cities. However, it is best to arrange the rental before you arrive. Read the rental contract carefully, particularly the section on insurance. Often, you can rent a car in one city and return it in another without prohibitive costs. Rental companies are Enterprise, Globe, and Hertz.

Québec has a good network of (mostly) toll-free highways connecting all the main cities and surrounding areas. There are a couple of toll bridges (Autoroute 25 northbound from Montréal to Laval, and the Autoroute 30 bypass to cross the St. Lawrence River west of Montréal).

The Québec highway code is similar to that in most of Europe. Occasionally, tickets are issued for bizarre offences like "backing up without assistance" which do not exist in other provinces.

Numerous cruises are also available on the St. Lawrence River, one of the world’s biggest waterways.

For people travelling in small groups and wanting to keep their costs down (primarily students), Kangaride and Allô Stop (for French-speakers) are a great alternative to any of the transportation methods mentioned above. They are ridesharing (carpooling) networks serving most of Québec’s major cities. To access this service, simply register online. Then you can reserve your spot in a car belonging to someone who is travelling to the same destination as you — sometimes for up to half the price of the bus. The only inconvenience with this system is that it doesn’t serve every city.

Québec’s winding, scenic secondary roads are ideal for a motorcycle ride. However, in southern Québec, the best season for travelling by motorcycle is limited to between May and October. In remote areas, the nicest season is two months shorter than that, running from June to September. In the last few years, taking to Québec’s roads by motorcycle has become increasingly popular. The province boasts several motorcycle clubs, and visiting tourists can rent motorcycles.

Wikivoyage and Wikitravel contributed to this article.

Have you been to Quebec? Please share a story, tip or discovery. What was the highlight for you — the lively cities or the natural beauty?