Prague, capital of the Czech Republic, is a stunning European city where dropping by a corner pub for a locally brewed Czech beer is just as impressive as taking a stroll down the street to see the architectural marvels, like the Dancing House or famed Astronomical Clock.

The sights and sounds of this gorgeous city fill visitors with nothing short of history and whimsy. Although Prague is chock-full of extravagant shopping malls, designer restaurants and glowing martini bars, there is another side of the city that gives way to local heirlooms such as the Old Jewish Cemetery and the postcard-perfect Charles Bridge.

Though Prague can be a confusing city to navigate, most travelers don’t seem to mind, as each district is peppered with a mélange of historic castles, churches, pubs and cafes.  Mindlessly ambling around this city is bound to bring you to the doorsteps of an unforgettable museum or the windows of an artisan boutique.

The dominating presence in the skyline is the Prague Castle (Praysky Hrad), which is a massive complex of houses, churches, galleries, courtyards and gardens. Old Town Square is a focal point for all tourists, with its horse-drawn carriages, churches, monuments and outdoor restaurants, along with the city’s largest Christmas Market in December each year.

In addition to the dozens of museums, including the Czech National Gallery, Kafka House, Czech Museum of Fine Arts and the Jewish Museum, attractions like the Prague Zoo and the Charles University Botanical Garden are draws for tourists from across the globe. 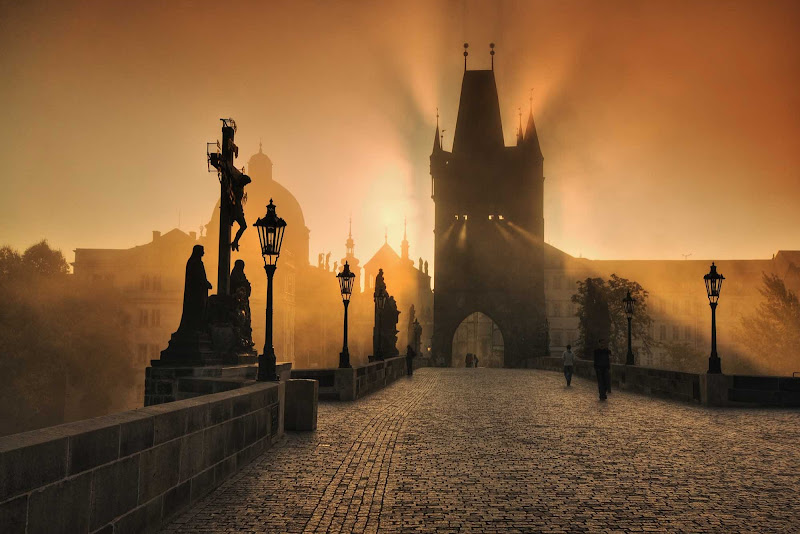 Courtesy of CzechTourism The medieval Charles Bridge in Prague, the Czech Republic, at sunrise,

The biggest ancient castle in the world according to Guinness World Records, Prague Castle rises above the city featuring beautiful views of the areas below. You can explore the St. Vitus Cathedral with its lookout tower, the Castle Picture Gallery, several palaces and museums and the beautiful Royal Garden, among others. You can also watch the Presidential Guard, and the changeover of the guards on duty on the hour.

The picturesque bridge connects Old Town with Lesser Town. Its construction started in the 14th century, and it is one of Prague's most famous structures. During the day, it is a bustling place of trade and entertainment, as musicians busk and artists sell their paintings and jewelry.

This historic Jewish ghetto is interesting for its well preserved synagogues. The Old New Synagogue is Europe's oldest active synagogue and it is rumored to be the resting place of the famed Prague Golem. Another interesting synagogue is the Spanish Synagogue, a highly ornamental building of Moorish style.

There are several large shopping malls in Prague. If you take "Na Prikope" street, the 18th most expensive street in the world (measured by the price of property), you will find famous shopping arcades "Cerna ruze" (Black rose) and "Palac Myslbek" and many shops. If you are looking for souvenir shops, you will find them in the city's historical center, mainly around Old Town Square, Wenceslas Square and Prague Castle. In December, the squares host Christmas Markets, selling a mix of arts, craft, food, drink and Prague memorabilia. 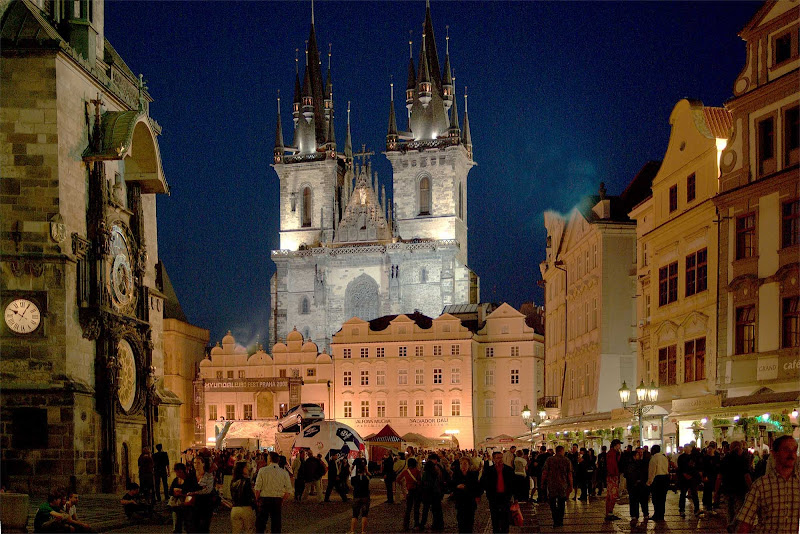 Take a day or dinner cruise on the Vitava River, or book a longer cruise, which almost invariably includes Prague on a Danube cruise whether you start in Germany, Austria or Hungary.

With a national diet largely based around pork and beef, Prague cuisine is hearty and always filling. Though largely European in restaurant variety, in recent years the city has started to expand and diversify with new eateries popping up serving Belgian, Mexican and vegetarian fare. Beyond the sidewalk cafes, corner pubs, neighborhood joints and high-end restaurants, the people of Prague love their late-night, street-side fast food vendors. The city has a love affair with beer and it’s for good reason: It’s made locally and exceptionally well.

Prague has a temperate climate with warm summers and cold, often snowy winters. The average high temperature for the warmest month of August is 75.9° F (24.4° C), while the coldest month of January has an average low of 30° F (-1.1° C). The best time to visit Prague is during the spring and summer months, though it is also beautiful in the wintertime, with its snow-capped churches and festive spirit, if you don't mind the chill. 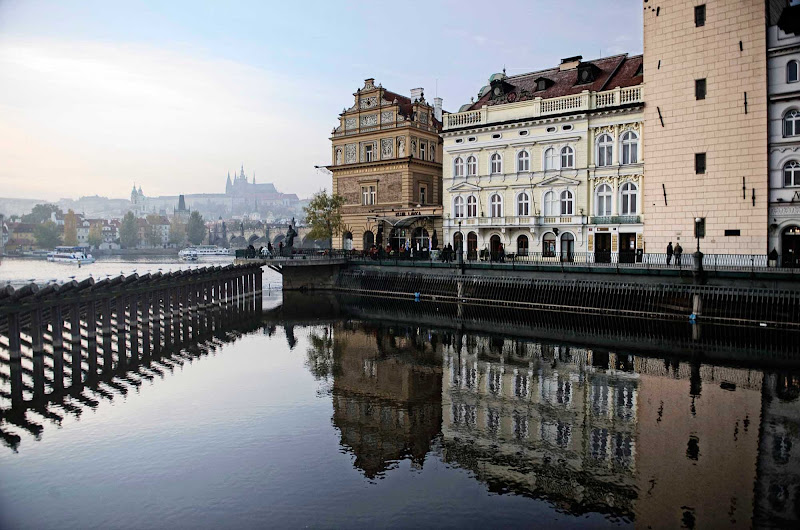 Ricardo Liberato / Creative Commons BY-SAPrague, capital of the Czech Republic and a stopping point for many river cruise ships.

Prague often serves as a transfer destination for Danube River cruises, so passengers often stay overnight before journeying by bus to meet their ships.

Prague is renowned to be a highly walkable city, as many attractions within Old Town, the Palace District and Wenceslas Square are all within short distances from each other. The main forms of public transportation are the tram and metro, and tickets are sold at kiosks and within terminal stations. Taxis are available, but prices should be negotiated beforehand. Many parts of the city have cobbled streets, so other preparations for handicapped and elderly travelers should be made ahead of time.

Language: Czech, a Slavic language, is spoken in Prague. English is becoming more common, as it is often spoken in more well-established hotels and restaurants and is currently taught to younger generations in schools.

Currency: The currency in Prague is the Czech Crown (czk). Some restaurants, hotels and shops have begun to accept Euros as well, especially after the Czech Republic became a member of the European Union in 2004.

How about you? Have you been to Prague, or planning to go? We'd love to hear about your experience.

“Wedged in the bend of the Vltava River, the Old Town Square is my favorite place to start exploring Prague's treasures. The vast square is ringed with colorful buildings, dotted with Baroque towers, steeples, and statues, and alive with people.”

“One of my most treasured items brought back from a trip is a collection of hand-painted wooden blocks shaped like houses and handcrafted from the wood of the oldest homes in Prague, which I framed in shadow boxes. I spent hours in this wonderful tiny antiques shop, handpicking each one. Looking at them transports me back to that little undiscovered crooked street by the Prague Castle at a time when Prague was still an undiscovered destination.”