Mykonos port guide: What to do & see

Mykonos town epitomizes that iconic Greek fishing village — whitewashed Cycladic architecture and labyrinthine streets that are a crisp contrast to a shimmering blue sea. Windmills surround the town, remnants of the days when Mykonos was on a major sea trade route to Venice, Italy. It has been as important a stop for international jet-setters as it once was for Venetian traders since the 1960s, when the likes of Jacqueline Kennedy and Aristotle Onassis put their imprimatur on the island. It’s also been a gay-friendly destination since the 1970s.

Mykonos has nightlife, shopping and beaches — in fact, it has more beaches (both nude and not) per square mile than anywhere else in Greece. Gay, straight, honeymooners, families, Greeks, foreigners, they’re all here. If it sounds like it might get too crowded, head beyond the center in Mykonos town into the countryside, where you can hit one of the less popular beaches or take a day trip to a neighboring island.

Cruise lines that call on Mykonos

What to do & see in Mykonos

Whether you want to catch the sunset or sip on a glass of wine, Little Venice is the perfect spot. The buildings of this part of Mykonos town go right down to the water, supposedly to facilitate speedy loading and unloading due to marauding pirates (concerns about pirates are also the rationale behind Mykonos town’s maze-like streets). Little Venice in the most western part of Mykonos Town is famous for its picturesque medieval two- and three-story houses, and their colorful wooden balconies, so make sure to bring your camera. En route to Little Venice, stop at the Church of Panagia Paraportiani, in the oldest section of the town. 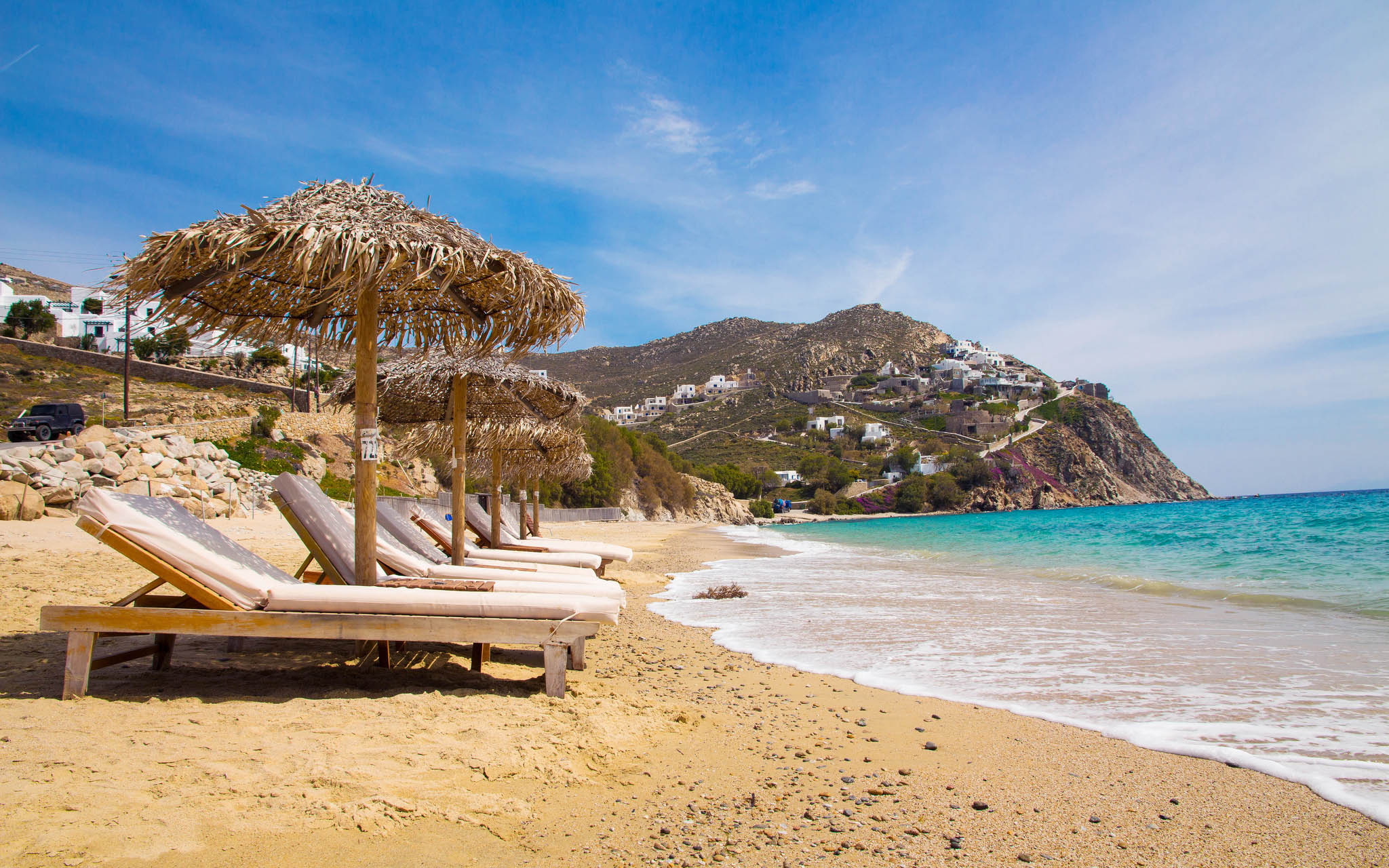 Beyond the town are the beaches. Platy Gialos and Elia are popular beaches; there are the famous nude beaches of Paraga, Paradise and Super Paradise, you can go there with boats that depart from Platys Gialos. Other beaches are in Agios Stefanos in the north, Kalafatis beach is recommended for wind surfing. It pays to do a little research before you dock so you will find a beach to match your mood. 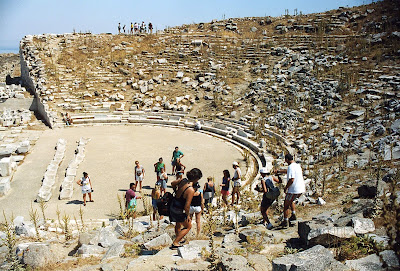 JD Lasica / Special to CruiseableA tour group from France inspects the ruins of the ancient amphitheater on the Greek island of Delos.

There are daily excursions to Delos, a small island which used to be the holiest island in ancient Greece. Begin your visit at the Archaeological Museum of Delos and work your way through. A visit to Delos can give you the time and space to imagine going back in time while wandering among the ruins of the island that date back three millenia. Bring a hat and water to the island, as there is a lot of room to explore, but not much shelter.

You’ll find both Greek and international restaurants in Mykonos, which means you can enjoy anything from Greek meze to haute cuisine. The island's specialties are the Louza loukaniko, a sausage, and kopanisti, a soft, peppery goat cheese.

Like most of Greece, the busiest part of year is often in the summer months and this is usually the best time to go, both for the extended business hours and beach opportunities.

Most cruise ships will dock in Tourlos which is 2 miles north of Mykonos. Usually a shuttle service is provided by your respective cruise line. Some smaller ships will tender and transfer passengers into the town center of Mykonos.

Mykonos is a small island with only limited number of taxis, so it might take a while until you find one. In Mykonos Town the main location for taxis is in Manto Square (also called Town Square or Taxi Square), on the harbor front near the statue. Taxis are not metered, but provide a table with the fares from one destination to another.

Shop hours:  Opening hours can vary drastically. In general stores are open from 9 am-1:30 pm and again from 5-9 pm Monday to Saturday. Tourist shops and convenience stores have longer opening hours, especially in high tourist season in the summer.

Tipping:  In restaurants and taxis, you can tip between 5% and 10%. Some restaurants round up the bill, so you should check before tipping. Also expect a ‘service charge’ or a ‘cover charge’, which is the price of bread and water.

What to wear:  Mykonos can be very hot and with access to beaches, the dress code is typically more relaxed. However, bring a shirt and shoes if you want to get service.

Safety:  Mykonos is considered a safe overall. As always, be aware of your surroundings and lock up your valuables. Especially in large tourist areas, keep your wallets and purses close and beware of pickpockets.

Have you been to Mykonos? Tell us about your experience.

“At the end of a trail leading to Agios Sostis Beach on Mykonos is Kiki's Taverna, a shack of a restaurant serving simple, rustic food like grilled seafood and salads. I have beautiful memories of my family laughing and eating there for hours. I'd love to return this summer.”