Montserrat travel guide: What to do & see

Montserrat sustained damage from Hurricane Maria in September 2017. Be sure to check into the current state of services if you're planning to visit the island in the near term.

Montserrat is nicknamed “the Emerald Isle of the Caribbean,” both for its resemblance to coastal Ireland and for the Irish descent of many of its inhabitants. Montserrat is a British overseas territory located in the Leeward Islands of the Caribbean’s Lesser Antilles. Montserrat measures about 10 miles long and seven miles wide, with 25 miles of coastline.

This island was a very popular tourist destination until Hurricane Hugo caused widespread damage in 1989 and then in 1995, the island's volcano, Soufrière Hills, became active. A large part of the island was evacuated as a result.

The northern half of the island is untouched, as beautiful as it ever was, green and lush; visiting it is perfectly safe. The active volcano (which can be viewed from a distance) has become a tourist attraction in its own right. Montserrat is still well worth visiting, and the locals go out of their way to be encouraging and welcoming to tourists.

Cruise ships that call on Montserrat 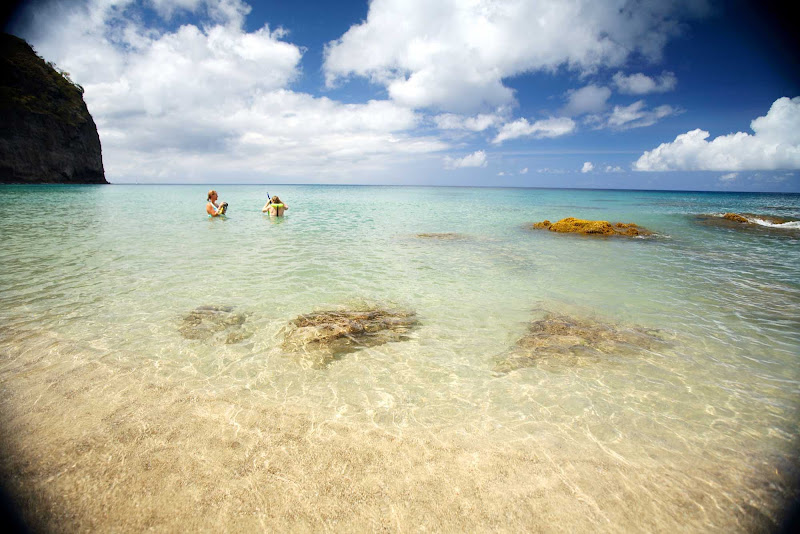 David Mac Gillivary / Courtesy of Montserrat Tourist Board Take a snorkel or scuba diving excursion to explore the beautiful waters of Montserrat.

Diving is available at nearby Redonda, a group of uninhabited islands 15 miles west of Montserrat. Here the waters are filled with exotic wildlife, including six-foot barrel sponges, eagle rays, stingrays and an occasional nurse shark. Diving trips to Redonda and dive sites closer to Montserrat's shores are also available through The Green Monkey Dive Shop (664-491-2960).

Leafy hiking trails of varying difficulty are found throughout the lush forests of Montserrat. Many hikes can be enjoyed independently; others require guides to clear a path.

Montserrat's former capital city and major port, Plymouth, was destroyed and two-thirds of the island's population were forced to flee abroad following an eruption of the previously dormant Soufriere Hills volcano that began on July 18, 1995. The volcano rendered the southern half of the island uninhabitable.

The eruption continues today, though on a much reduced scale, with the damage confined to areas around Plymouth including its docking facilities and the former W.H. Bramble Airport.

Presently, visitors are not permitted entry to Plymouth outside of organized tours. Travelers can obtain impressive views of the city’s destruction from the top of Garibaldi Hill in Isles Bay, and the Montserrat Volcano Observatory (MVO), on the island’s southwest side, features an observation deck. 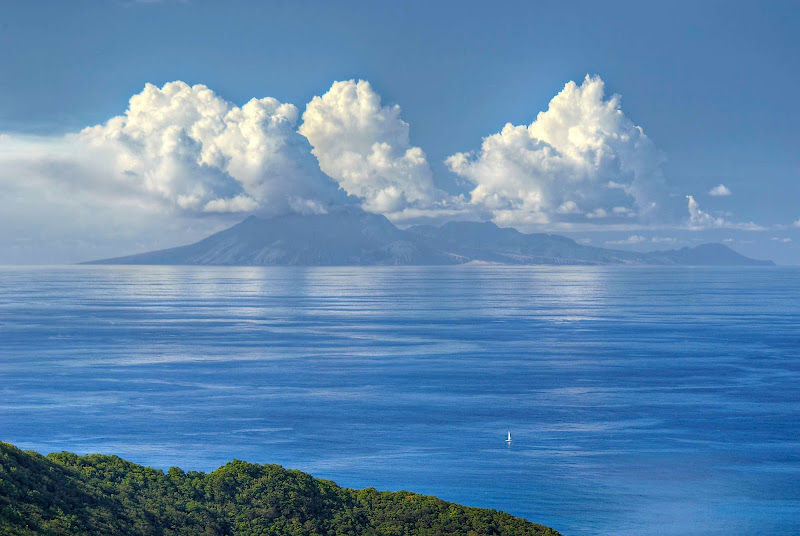 rachel_thecat / Creative Commons BY-SAView of the island of Montserrat from Guadeloupe.

Restaurants on Montserrat are typically casual. Some bars on the beach are okay with folks walking right in, sand and all.

Most meal choices consist of chicken or seafood and often a red meat option as well, though the type of meat varies greatly. Few places are open for dinner, and most that are require reservations (not because they're fancy or expensive, but because business is slower and they want to ensure they have fresh food available.)

There are no international fast-food chains on Montserrat.

YOLO (You only live once)

Visiting Montserrat's still-active volcano is a must-do. An observation area on Jack Boy Hill on the eastern side gives a view of the ash flows covering the old airport. Huge boulders may occasionally be seen, crashing down the slope in a cloud of dust.

Tours into the exclusion zone are sometimes possible, depending on the official volcano risk level as assessed by the Montserrat Volcano Observatory staff. If you are able to go into the exclusion zone you will pass through a landscape of abandoned homes and fields, see the volcano close-up, and gaze down at the old capital of Plymouth, now buried in ash and mud. Boat tours (664-496-0574) to view the destruction left behind in Plymouth are also available. 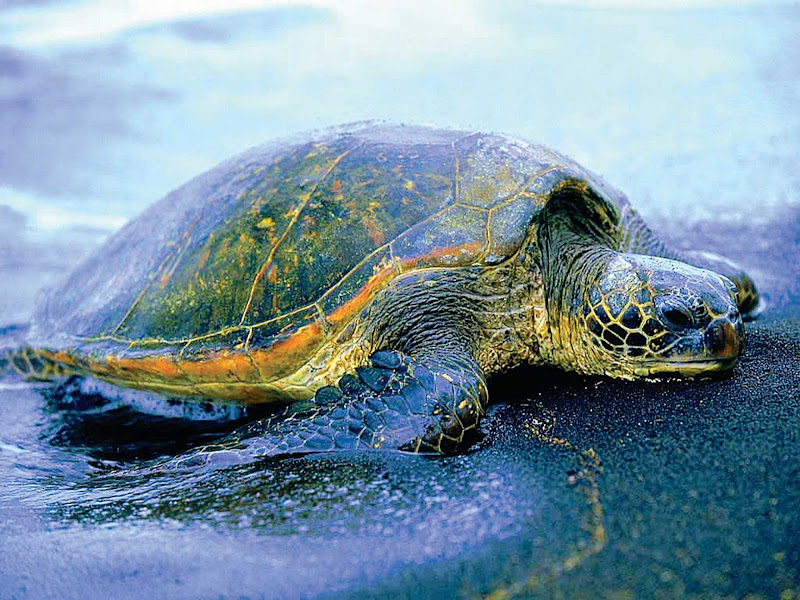 Temperatures year-around average between 76 and 88°F, with constant cooling breezes. Rainfall is a little more common from July to November. Like many Caribbean islands, Montserrat may experience a tropical storm or even a hurricane during the season from June to November.

The Port of Little Bay is where ships come in now. Only small, mostly luxury cruise lines call on Montserrat.

Traffic drives on the left. Montserrat has one main two-lane road that winds along the coast on the east and west sides of the island. Cars can be rented from several businesses. Traffic is light (there are no traffic lights) but there are only two gas/petrol stations on the island. A temporary Montserrat driver's license can be obtained at the police station in Brades or Salem, all that is required is a completed form, presentation of your home country/territory license, and a payment of US$20 or EC$50.

Bicycle rentals are also available. Taxis and buses run, mostly during the day. Hitchhiking, during the day and early evening is safe and considered normal — just point your finger in the direction you are going.

Walking, while safe and possible to all points, is quite an arduous task, as the roads traverse very steep hills. Locals tend to walk within a local village or housing area, but find other transport from village to village.

Language: The people of Montserrat all speak English (British variety), albeit with a local accent.

Currency: The official local currency on Montserrat is the East Caribbean dollar using a currency symbol of $. Often, accommodations are priced in the much more valuable US$, so the designation EC$ is useful to distinguish the two.

Safety: Montserrat is generally a safe place; however, in recent years, violent crime has increased. Assault is the most common form, with an annual rate of just over 10 assaults for every 1,000 people. General safety precautions, including such as not walking in an alleyway at night, are advised.

Have you been to Montserrat? Tell us about your experience with a comment or write a short article!

“The word volcano has become the first thing that leaps to mind whenever a conversation turns to the island of Montserrat. It has been that way since Soufrière Hills woke from a 400-year nap in 1995 and turned two-thirds of the island uninhabitable. Nearly 40 feet of mud covered Plymouth (Brades became the de-facto capital) Most Montserratians have left. Today, the remaining 4.922 people, squeezed into the island's safe northern third, seem remarkably upbeat. Cheerful, even. Along one of the few still-navigable roads, I spot a vehicle  named Never Give Up. ”

“Montserrat is the only country besides Ireland where St. Patrick’s Day is an official government holiday. The festivities last a full week and locals wear their national dress – predominate color: green. You’ll get a shamrock stamp in your passport, too.”