Growing up in a Maltese family, I heard time and time again about Malta’s natural beauty, ancient ruins and charming, sun-drenched towns. By all accounts, it was an island of blissful perfection where time paused and ancient ruins co-existed with a young, vibrant Maltese culture. It wasn’t until adulthood during my own European journeys that I discovered that this idyllic isle — one that I’d heard so much about – actually did exist, just as beautiful and historically rich as everyone had led me to believe.

Sixty miles south of Sicily, the island of Malta is tiny — one-tenth the size of Rhode Island! — yet majestic. Cruise ships pull into Malta’s bustling capital of Valletta, where visitors experience a centuries-old existence. The worn streets, ancient churches and stunning views in Valletta are enough to capture visitors’ imaginations. Yet this tiny island with its long and complex history offers so much more than just its vibrant capital. Visitors who slip away from the hustle and bustle of Valletta can enjoy the quaint town of Sliema, discover nightlife in amped-up Paceville or step back in time in the ancient walled city of Mdina.

For those looking to venture away from the main island, the sister island of Gozo is a day trip that will leave you planning your return. Farm houses dot the island, and a drive through its 25 square miles will take you to millennia-old ruins (a UNESCO World Heritage site), an ancient citadel and the jaw-dropping Azure Window. Whether nature, food or architecture are your draws, Malta manages to put a bit of everything into an ancient, neatly-wrapped package.

Cruise ships that call on Malta 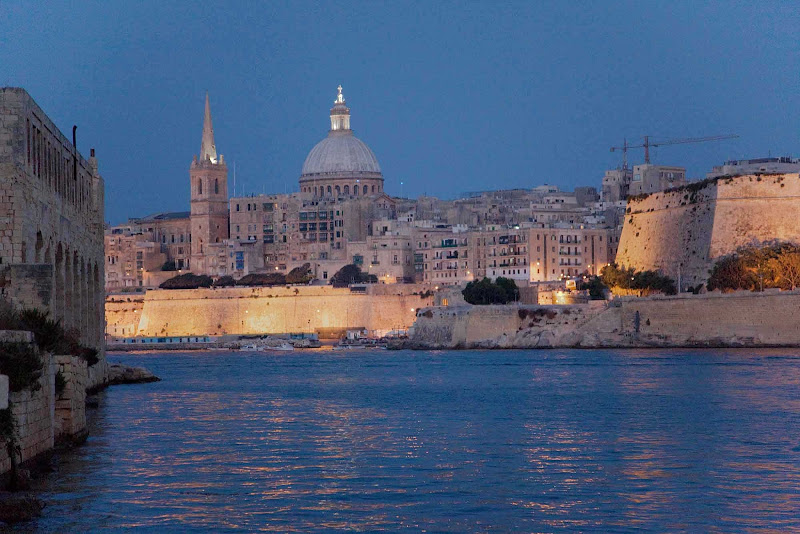 Valletta was built by the Knights of St. John, who planned the city as a refuge to care for wounded soldiers during the Crusades. It’s surrounded by forts and bastion walls. In the oratory of the Co-Cathedral of St. John is Caravaggio’s painting of the beheading of St. John.

The massive bastions of Fort St. Angelo is one of the Mediterranean’s most regal vistas, located at the center of the Grand Harbour.

The fortified medieval city of Mdina, towering over the island, is entered by a stone drawbridge that leads to a labyrinth of narrow streets and tiny piazzas. Its cathedral, museum and dungeons should not be missed. Rabat has Baroque churches and St. Paul’s and St. Agatha’s Catacombs. At the Blue Grotto, sail through an underground cave swirling with bright blue waters.

Grandmaster's Palace is an extraordinary manor constructed in the 1570s, located in Palace Square. Completed in 1574 but enlarged and embellished by subsequent Grandmasters until the mid-18th century, the palace is home to the president's office and the parliament of Malta meets there as well. The Armoury of the Knights exhibit is in the rear of the building and has an interesting series of displays illustrating the progress of armor and weaponry through the centuries. Much of the artwork inside the palace is magnificent.

A unique subterranean structure of the Bronze Age, Hal Saflieni Hypogeum dates back to about 2500 BC.  The seven megalithic temples the Maltese archipelago are remarkable for their gigantic Bronze Age structures, form and ornaments, and are claimed to be the oldest free-standing monuments in the world. 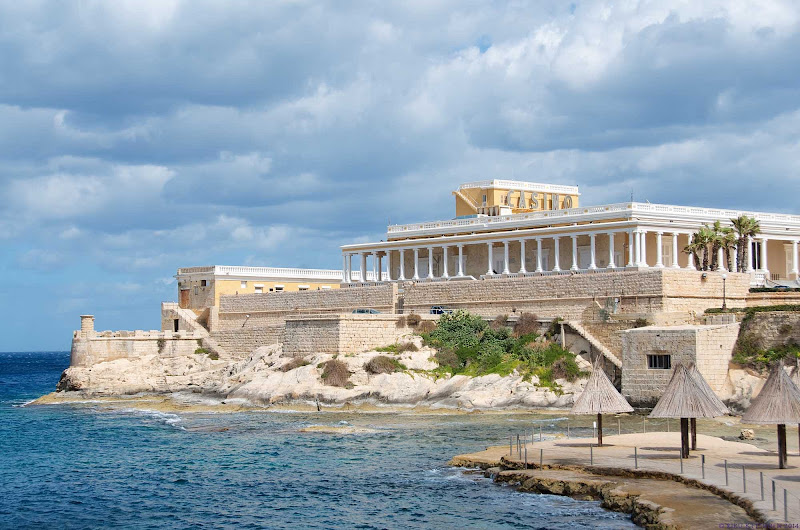 A Baroque masterpiece cherished by the citizens of Malta, St. Paul's Shipwreck Church is a splendid artistic and architectural achievement, which was constructed as a tribute to St. Paul. Casa Rocca Piccola at 74 Triq ir-Repubblika is part museum and part historical house. The site is owned by Frances and Nicolas de Piro d'Amico Inguanez and is the main cultural center in Valletta. Filled with artifacts, period furniture and works of art, it chronicles the history and heritage of Malta.

Barrakka ta Fuq, inside Castle Square, is a lovely garden overlooking the harbor. Today, it's a peaceful place to sit and relax, but at one time it was where knights practiced their fencing.

You can take a spectacular walk along the sea around the outside of the city walls. If you go to the mooring place where the ferry for Sliema leaves, it's possible to walk over the rocks toward the tip of the peninsula, then around it, coming back up and into the city just next to the Malta Experience. This walk takes about 30 minutes.

Typical fishing hamlets dot coves at the southernmost tip of Malta. These scenic waterfronts are packed with colorfully painted boats strewn with fishing nets; the catch of the day can be enjoyed at family run tavernas. Sun worshippers should head to the northern beach resort areas of Mellieha Bay, Ghajn Tuffieha and Golden Bay. 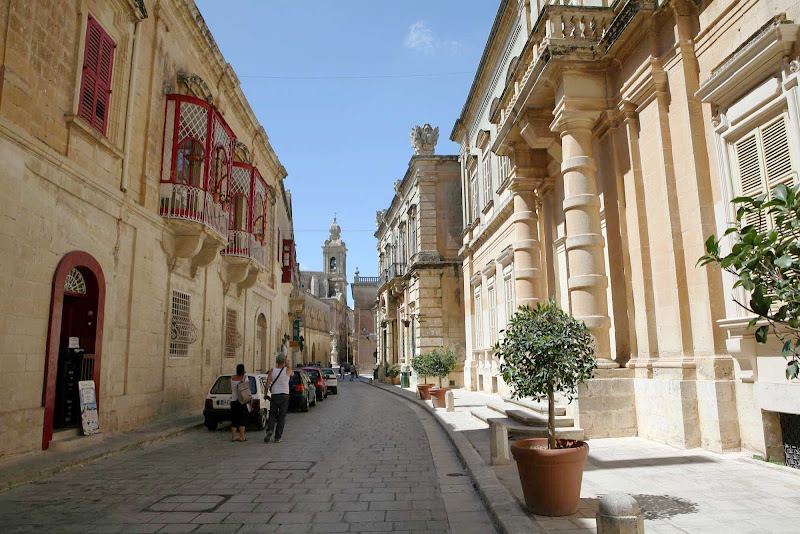 Classic Jewelry, at 293 Republic Street (21-220-200), is the premier destination in Valletta for high quality diamonds, gold, and silver. There are actually multiple stores in Valletta, and this one, in particular, is quite accessible from the port area and the town center. The selection of watches is the finest in the land, and if you are a fan of fine jewelry then this is definitely the place for you. A favorite among wives of easily-coerced men, be careful in this store because credit cards have been known to fly out of wallets faster than you could say how much?!

Clamus Center, at 152 Melita Street (21-226-594), is a five-story wonder full of all kinds of items ranging from stationery and toys to fine jewels. There are five floors that carry almost anything you could be looking for. Gio Batta Delia can be found at 307 Republic Street (21/233-618) and features top quality glasswork and china.

Malata is on Palace Square. It features Mediterranean cuisine and gives diners a chance to experience Valletta at its finest. Trattoria Palazz is located at 43 Old Theater Street and was built over 250 years ago. It's known for its delicious Italian and Maltese dishes and you should definitely make a reservation ahead of time because this little place is extremely popular.

Located at 23 Windmill Street, Giannini is one of Valetta'a most upscale restaurants and popular with the well-heeled, especially at night. On week days, it's ideal for a nice lunch.  In addition to inviting décor, Giannini is known for its exceptional pasta dishes, but everything here is prepared with remarkable care and scrutiny.

Because of its many mysterious Stone and Bronze Age sites, Malta can be thought of as Europe's equivalent of Easter Island. Its Xaghra Stone Circle on Gozo island is about 6,100 years old. Ġgantija, also on Gozo, includes two towering prehistoric temples. The Hypogeum of Ħal-Saflieni is a Neolithic burial chamber carved from sandstone with stone tools about 5,600 years ago. 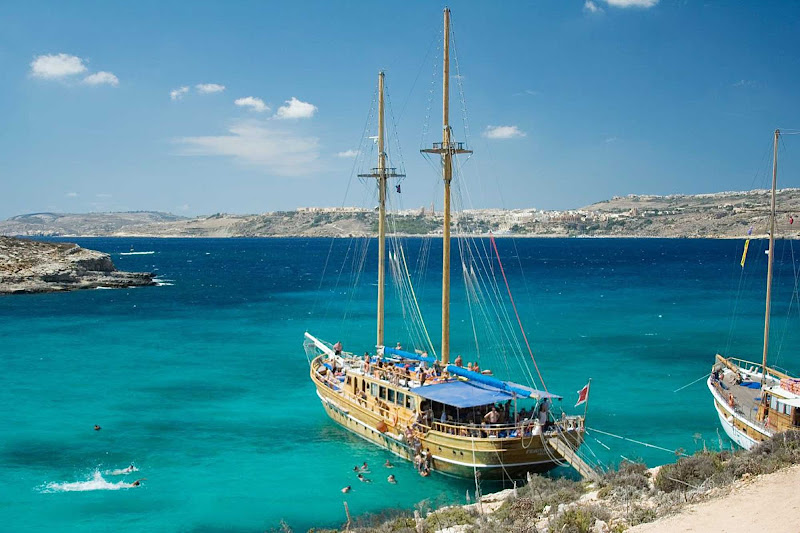 One of the highlights of Valletta is Carnival, held annually from Feb. 19 to 23. A festival, a celebration, and a tribute to the past all rolled into one, contemporary and traditional elements are blended perfectly into this wonderful event. Holy Week and Easter are also quite enjoyable in Valletta. More driven by heritage than pure entertainment, the locals are dedicated and devout in their celebration of Good Friday and Easter Sunday. I highly recommend visiting Valletta during this season.

Cruise ships dock at the Valetta waterfront in the Grand Harbour. The pier is connected by steep steps or an elevator called “Upper Barrakka lift,” which goes to the old town of Valetta. From there, taxis and buses can take you anywhere in Valletta.

Taxi transportation: There are plenty of taxis available in port and in town. Destinations have standardized and published fares. Public bus transportation is an efficient way to get around the island.

Store hours: Business hours are usually between 9 am to 1 pm and again from 4 pm to 7 pm. However, in tourist areas, shops are open throughout the day Mondays to Saturdays, from 9 am till 7 pm and even later.

Tipping: Tipping in Malta is similar to tipping traditions in the rest of Europe. While tipping is not obligatory, a 10% gratuity is customary. In restaurants you’ll sometimes find a service charge on your bill. Additional tipping is not necessary.

Have you been to Malta? Please share a story, tip or discovery. What was the highlight?

“Accessible history in a cultural hub meets diving, cycling and a calendar full of celebrations that defy boredom. Also, giant strawberries sweeten the island in January.”

“I took one of the 1970s-era buses that passes for public transportation in Malta to the walled city of Mdina, the island's former capital. It is, if possible, even more beautiful that Valletta. The silent streets tangled behind its thick, ornate stone gate hold more golden-hued cathedrals, porticos, and churches, and beneath them, catacombs.”