Spectacularly beautiful, steeped in history and more accessible than other medieval outposts like Dubrovnik or Rhodes, Kotor sits on a gleaming jade-colored bay, wedged in by towering limestone cliffs and a steep stone stairway, straight out of a storybook, that leads to its past glories. 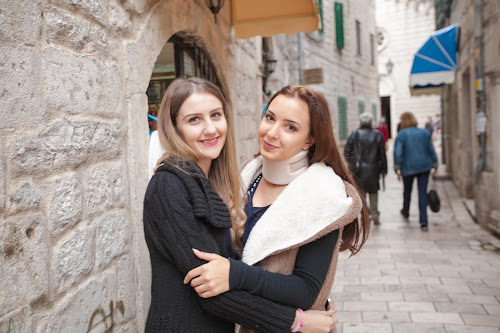 JD Lasica / Special to CruiseableWe passed by these two young shopkeepers along a cobblestone street in Old Kotor, and I decided to double back and ask them to pose.

Hugging the Adriatic Sea, Kotor (pronounced co-TOUR)  is the past and present of the modern nation of Montenegro. When you disembark in port (as we did on a recent Viking Star voyage), you're steps away from the Stari Grad ("old town" in the local tongue), the city's best-known landmark and a UNESCO World Heritage site.

Walk through Sea Gate, built in 1555, and you enter a maze of ancient buildings, churches dating to the 1100s, museums, townsquares and Venetian palaces with long noble lineages. To get a feel for the city's rich history, take a two-hour walking tour with a good guide, but you'll have no problem if you decide to explore the streets and alleys of Old Town on your own. It's a relatively small city with a population of about 13,500.

During your time in Kotor, be sure to leave time for a trek up the 1,350 steps of the ramparts built from the 9th century onward and improved until the 1800s. Don't try to reach the summit unless you're in pretty good shape — it's 2 hours up and an hour down.

A small nation about the size of Connecticut, Montenegro is rife with medieval buildings, fortifications, graceful architecture from the Austro-Hungarian empire and settlements that date to 1000 BC. But there's more to this region than history. You'll also want to carve out time to stroll out along the Bay of Kotor — Southern Europe's longest and most dramatic fjord — to get a feel for modern Montenegro, with cafes, pubs, play structures, a lively marina and vibrant nightlife scene.

Cruise ships that call on Kotor 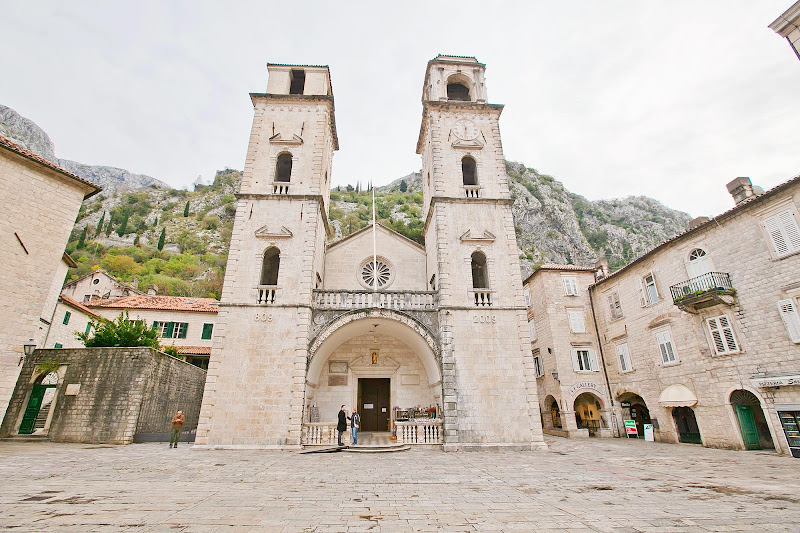 JD Lasica / Special to CruiseableThe Kotor Cathedral, built in honor of St. Tryphon, was consecrated in 1166 as a Catholic church and was restored after two earthquakes. Its frescoes date to the 1300s.

Top things to do & see in Kotor

If you're visiting Kotor for the first time, you simply must spend an hour or two exploring the back alleys of Old Town, filled with ancient buildings, landmarks and merchant shops. 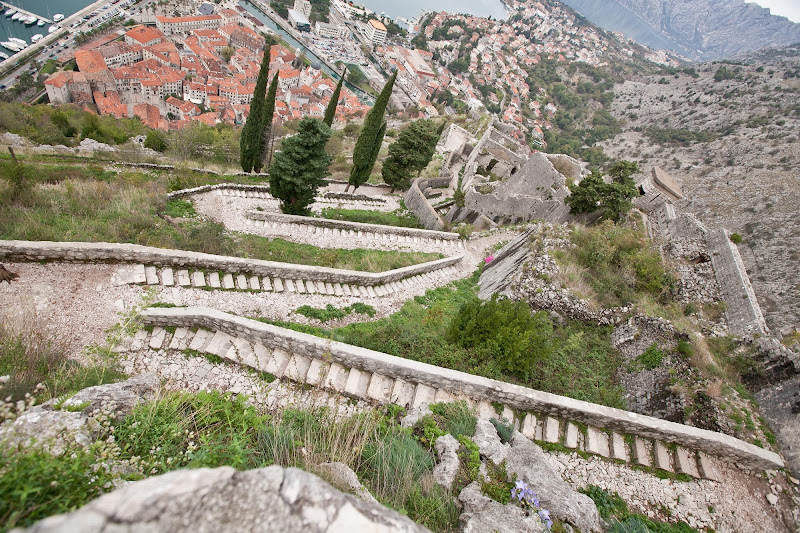 JD Lasica / Special to CruiseableA steep winding trail above Old Kotor leads you up 1,350 steps to the ruins of the Castle of San Giovanni — sometimes called St. Ivan Fortress — some 4,000 feet above the bay.

When you've tooled around  the cobblestone streets of Old Town for a bit and still have energy to burn off, try the ascent up the Ladder of Kotor (the Upper Town Walls), open daily from 8 am to 8 pm. Stretching some 2.8 miles (4.5 kilometers) above Old Town, the stone stairway offers multiple breathtaking views of the city and Kotor Bay. The ascent (90 minutes to two hours) is not for the meek, though. 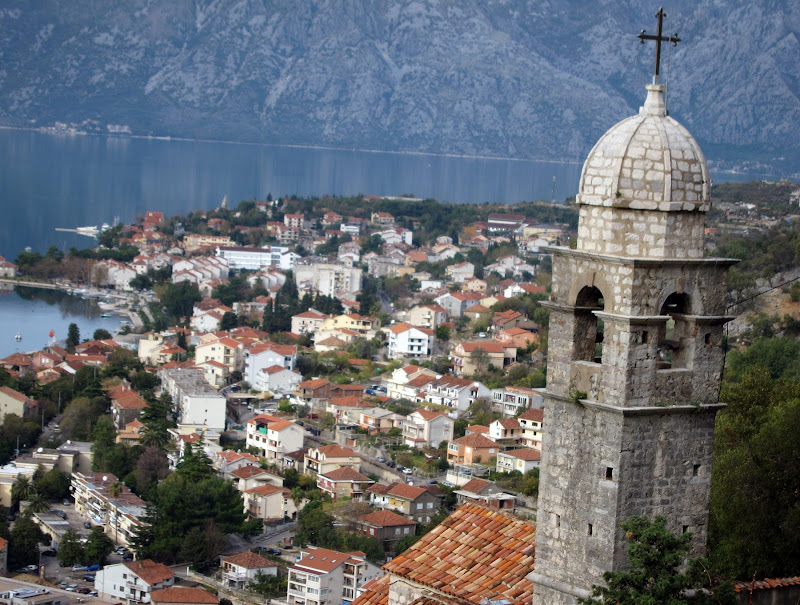 JD Lasica / Special to CruiseableThe view from the ramparts above Kotor with the steeple of Church of Our Lady of Remedy at the right.

Nearly halfway up is the now-abandoned Church of Our Lady of Remedy, a nice resting spot where you might want to claim a moral victory and head back. Farther up, past stone battlements with tiny windows for firing weapons, is what remains of the Castle of San Giovanni (St. John's Fortress), whose garrison once guarded the city. At the top you can freely explore the ruins and take in the stunning views. 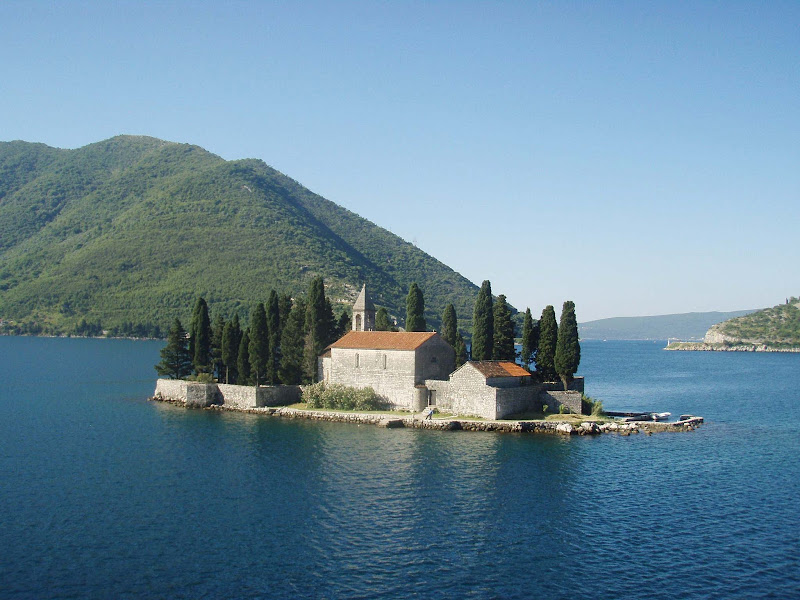 Gospa od Skrpjela (Our Lady of the Rock) is a pretty little manmade issland sitting in the bay across from Perast in the Kotor municipality. Locals built a church there in 1630 that's worth a visit if you have the time.

Rafting, hiking and paragliding are some of the other activities you can do in or around Kotor. 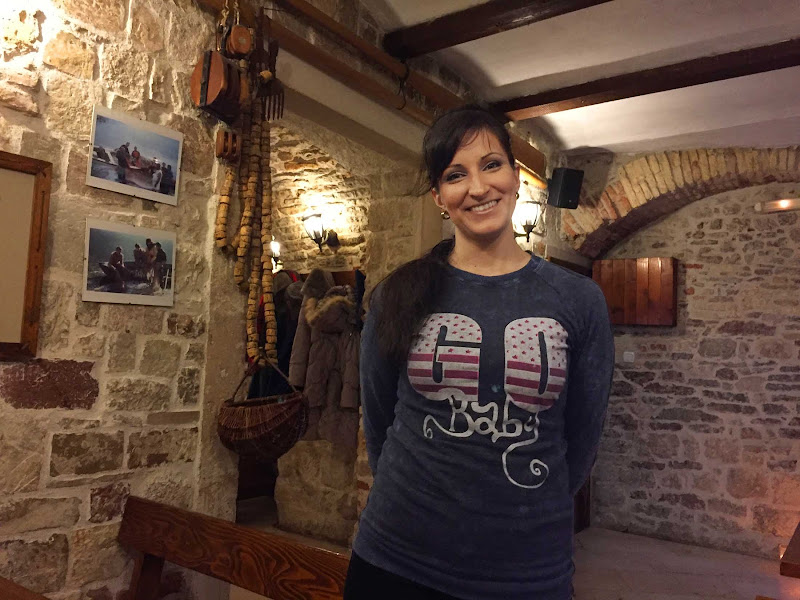 JD Lasica / Special to Cruiseable A waitress, who had a college degree in engineering, at Dalmatinska Konoba Cesarica in Old Town Kotor.

There are plenty of spots to grab a quick bite on the squares in Old Town, but if you want a more memorable, better-quality lunch or early dinner, try one of the smaller restaurants in the alleyways of Kotor. Here are a few suggestions we tried or read about. 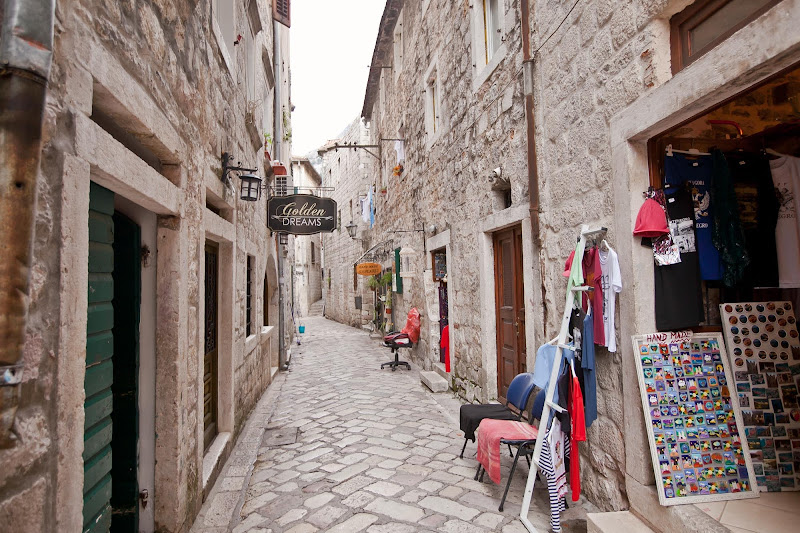 JD Lasica / Special to CruiseableOne of the lanes, lined with shops, along Kotor's Stari Grad, or Old Town.

Summer is the high time to visit Kotor, but even late fall can be a great time to visit. In summer, you can enjoy watersports and dining al fresco. You may get a sprinkling of rain in early spring or late fall, but the hike up to the fortress is much cooler. 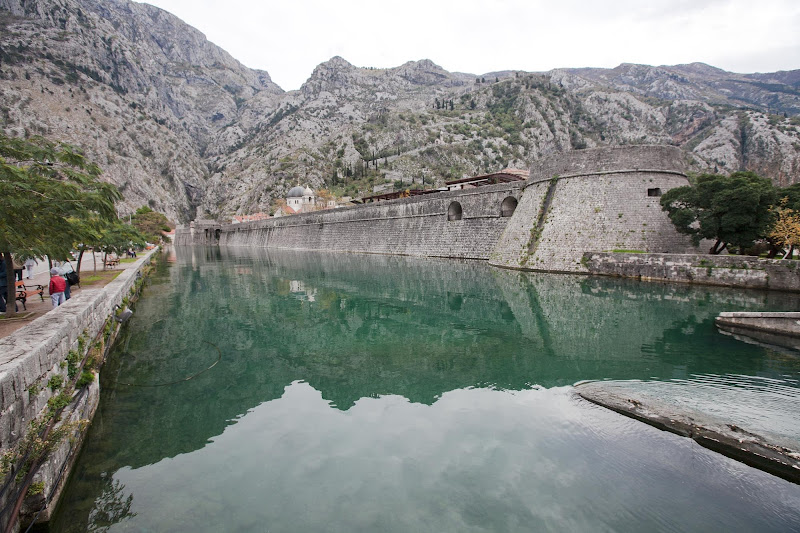 Depending upon the number of ships in port, you may arrive at the dock by tender. From there, it is a short walk (2 blocks) to Sea Gate, the main entrance to Old Town. We were lucky in that Viking Star was the only ship in port, so we docked at the pier.

The Old Town is not big and perfect for walking; cars are not allowed within the walls. However, if you want to visit some of the neighboring towns along the Bay of Kotor, you can use the public bus services operated by Blue Line. The main bus station is a 15-minute walk from the pier.

Taxis are available, too. It's 1 euro to start and an average of 1.29 euros per mile. If traveling far, it's best to agree on the price of the ride before you enter the taxi. 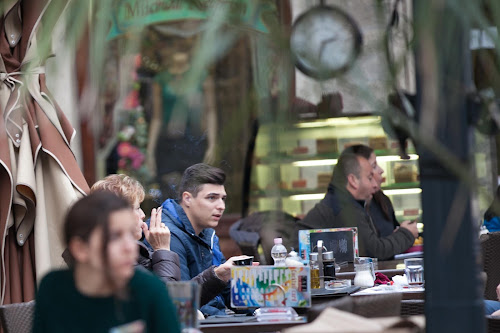 JD Lasica / Special to CruiseableLocal patrons in a cafe in Kotor, Montenegro.

Documents: U.S. and Canadian citizens will need a valid passport. No visa is required for stays less than 90 days.

Store hours: Opening hours can vary drastically. General stores are open from 9 am and may close at 6 pm. Tourist shops and convenience stores are open longer, especially in high tourist season in the European summer.

Tipping: Check the bill first for any service charges. In small restaurants, round up the bill to make it simpler for everyone. For more formal dining, a 10% tip is average.

Safety: Kotor is considered a safe town overall. As always, be aware of your surroundings and lock up your valuables. Especially in tourist areas, keep your wallets and purses close and beware of pickpockets.

ShoreFox and Wikitravel contributed to this guide.

Have you been to Kotor? I'd love to know about your own experience. Leave a comment below!

What did I get wrong or overlook? Be a co-creator!