The 125-mile island chain that makes up the Florida Keys starts at mainland Florida just south of Miami and reaches out over the Atlantic Ocean and Gulf of Mexico.

The Florida Keys’ five regions include Key Largo, Islamorada, Marathon, Big Pine and the Lower Keys, and Key West. Each has its own vibe, but all offer the beauty of the water, plus lovely flora and fauna. All are a part of the Florida Keys National Marine Sanctuary. The Keys are home to the continental United States' only living-coral barrier reef, and marine life is abundant the length of the Keys about five miles offshore. Needless to say, this is a scuba diver’s paradise.

Key West is the United States’ most Southern destination.  Since the 1800s, Key West has been luring drifters onto its beautiful shores.  From Ernest Hemingway to Harry Truman, exploration of the city will be a walk down memory lane. Whether gasping at the sight of shipwrecks and exotic fish beneath the ocean’s surface or wandering through the history of Hemingway’s Home and the African Burial Ground, Key West offers a colorful mix of land and sea.  Shoppers will appreciate Duval Street or Bahama Village for their array of treasure-filled shops; and night owls will flock to the city’s pubs, cafés and restaurants for a night of drinks, laughter, and dancing. 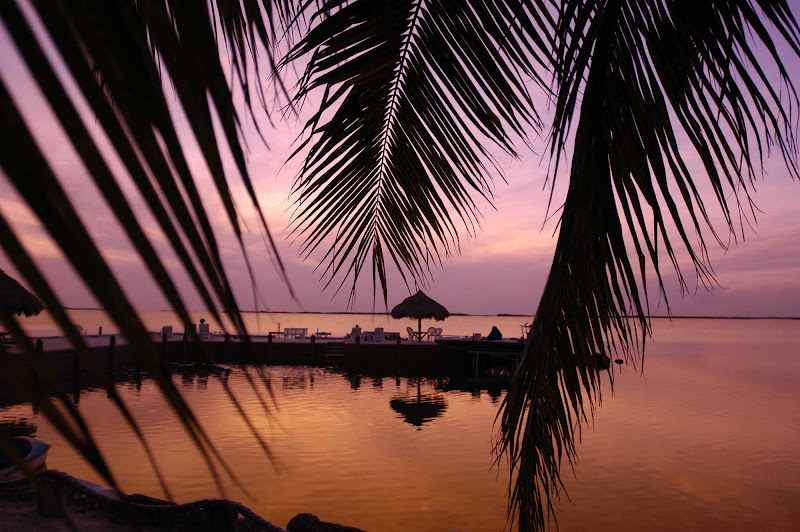 Located in Key Largo, this is the only living  coral reef in North America and is the first underwater preserve in the U.S. Home to 55 varieties of corals and more than 600 species of fish, you can snorkel, scuba or take a glass-bottomed boat tour on the Fireball (800-994-8898).

While the sun setting is certainly not unique to Key West, the way each sunset is celebrated certainly is. Behind Mallory Square, you will see people starting to collect as sunset approaches. The docks are a mélange of artists, vendors, and acrobats. The crowds can get big, so try and secure a spot early. If you would prefer to stay above the fray, try and get a spot at Hilton's Sunset Deck (305-294-4000), the Ocean Key House (305-296-7701), or the Pier House's Havana Docks (305-296-4600).

The Ernest Hemingway Home and Museum

This legendary author, alongside Tennessee Williams, John Hershey and John James Audubon, was one of the most famous residents of the Keys and is celebrated in both festive days and at the Ernest Hemingway Home, which is now a museum. Located at 907 Whitehead St. (305-294-1575), Hemingway wrote some of his best work here, including "A Farewell to Arms" and "For Whom the Bell Tolls." 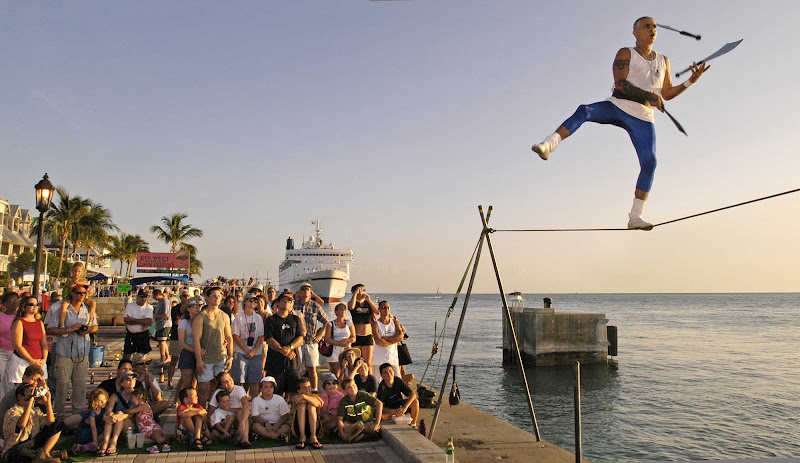 Bob Krist / Courtesy of FloridaKeys.comA performer at sunset near the cruise terminal in Key West, Florida.

Fort Zachary Beach combines the history of a Civil War fort with the beautiful ocean vista of the Keys. You can visit the Civil War museum here or just soak up some rays. There is also a nice picnic area available. Also check out Smathers Beach, located west of the airport off South Roosevelt Blvd., or sunbathe at Higgs Beach, which is along Atlantic Blvd.

Clinton Street Market in Key West is close to port. T-shirt shops are ubiquitous here, so if you're looking for a quick souvenir, this is your one stop shop. Cigars are making a comeback, and if you're looking for a fine smoke, visit the Key West Cigar Factory at 306 Front St (305-294-3470). You'll find a large selection of domestic and foreign smokes.

At many of the local restaurants in the Keys, and served specifically outside the Key West Aquarium, you can try delicious Conch Fritters. Served nice a hot, this is a true favorite among the locals and worth a taste. 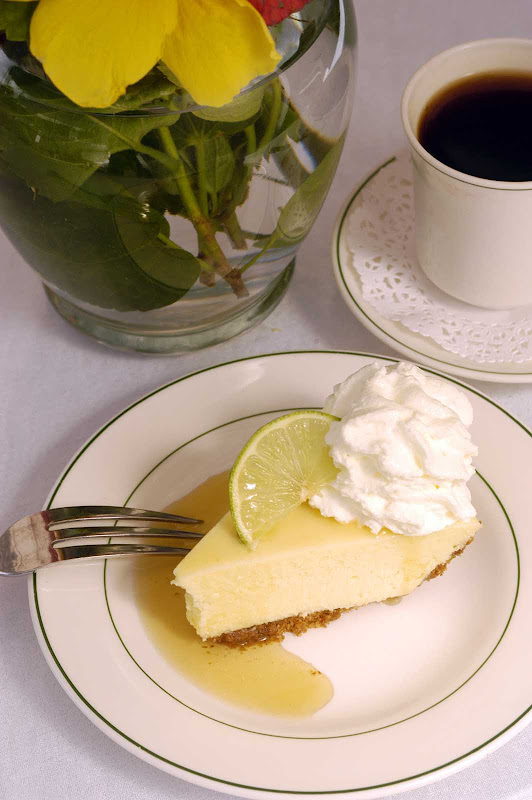 The Florida Keys are the only frost-free place in Florida, with even winters having balmy temperatures. However, the ideal time to visit is between March and May, as winter is often the busiest tourist season for the Keys and summers can get very humid.

Cruise ships dock at the Port of Key West. There are three locations that cruise ship normally dock at:

The Keys are linked to mainland Florida by U.S. 1, the Overseas Highway. The drive is about 3.5 hours from the mainland to Key West. Directions to anything along the highway are designated by “Mile Makers.”

Key West is only four miles long and two miles wide, so transportation is not much of a problem. Bicycles are a great way to see the island and get in some exercise. Fun ways of getting around in Key West can be via Old Town Trolley, moped, Conch Cruiser, bicycle, two and four-seater electric cars or simply on foot. There are also traditional taxis and city buses. Check out The Bike Shop (305-294-1073) or The Bicycle Center (305-294-4556). A basic cruising bike can be rented for $8 per day, while a mountain bike goes for about $15 a day. Mopeds are another inexpensive way to get around the island. Moped Hospital (305-296-3344 will give you a two-hour rental for $12, or $25 for the day.

Hurricane Irma: Key West was hit hard by Hurricane Irma in September 2017. Many venues that catered to tourists were damaged, so be sure to check into the current state of services before visiting.

Store hours:  Stores in Key West are typically open from 9 am to 6 pm, with some on Duval Street staying open later when there are cruise ships in town.

Tipping:  A 10% to 15% tip on the restaurant/taxi bill is customary. Sometimes a tip is automatically added to your bill; check your credit card slip before adding additional tip.

Safety:  Crime is not a huge factor on the islands. But as always, be aware of your surroundings and lock up your valuables.

Have you been to Key West or the Florida Keys? Please share a story, tip or discovery. Do you have any recent photos? What was the highlight for you?

“Come evening, I head to chef George Patti's slick new S.A.L.T. Fusion Cuisine & Caña Lounge (salt-fusion.com) for a plate of Manchego grits and seared shrimp in chorizo cream, a welcome leap from the fish-fry-palace era of the old Keys.”

“Spend some time in the National Key Deer Refuge and you’ll likely get some face time with the endangered Key deer. Standing 2 to 3 feet tall and weighing 50 to 80 pounds, these deer are the smallest in North America and have little fear of humans.”

“This is where the weird go pro, Fantasy Fest in October is like Magic Mike meets Mardi Gras.  The Running of the Santas pub crawl rings in Christmas. And Hemingway's six-toed cats are always here.”