Falmouth port guide: What to do & see

Falmouth is the newest port of call in Jamaica, located in between two popular tourist destinations: Montego Bay and Ochos Rios.

Falmouth was founded in 1769 and its waterfront district is a National Heritage Site that contains many Georgian-era buildings dating from the 1760s to 1840s.

Recent revitalization has brought riches in the form of cruise ships, vibrant retail establishments and bustling restaurants. Popular excursions include rafting on the jungle-clad Martha Brae River and visiting modern producers of sugar and rum.

Cruise ships that call on Falmouth 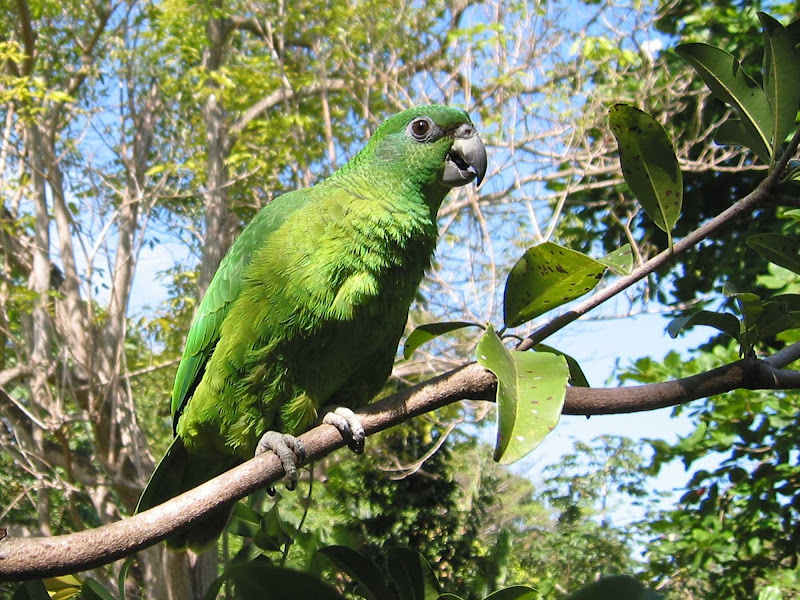 Wendy Lee / Jamaica Tourist BoardJamaica is home to a variety of gorgeous parrots, some endangered, some prolific.

Water Square is in the center of Falmouth, near the Albert George Market which was built in 1895 and named for Queen Victoria's two sons. Today it is a craft market with relics of Falmouth's past on display.

Trelawney Luminous Lagoon is one of only five bioluminescent bays in the world; tour boats carry up to 30 people to view the bioluminescence caused by microorganisms that emit a phosphorescent glow when disturbed. Burwood and Silver Beach are the closest beaches to the dock in Falmouth.

Falmouth is Royal Caribbean International's newest cruise port, and the first ever thematic cruise port destination. Shops offer tourist goods such as shirts and bags, along with liquor, jewelry and such. Locally crafted Items are more expensive here than outside the port area. Only cruise-ship passengers are allowed to shop in the port area. A large iron fence separates the port from the rest of Falmouth, and passengers must pass through manned checkpoints to enter.

Take a raft ride on a 30-foot bamboo raft that can be either romantic or adventurous down the Martha Brae River. The raft captain will guide you down, explaining some of the island's tropical scenery.

Experience the culture of Jamaica by sampling its famous cuisine. The island is known for its signature dish, pork or chicken marinated in “jerk” spices and cooked on an open grill. Other cuisine is a mix of West African, English, East Indian, French and Chinese, with a touch of Spanish thrown in for spice.

Falmouth is famous for a variety of locally concocted jerk recipes, some incorporating seafood as well as chicken or pork. Local fruits such as mango, ackee, breadfruit and star apple add to the cultural experience. Curried goat, callaloo (a leaf vegetable similar to turnip greens) and salt-fish are also popular dishes. For dessert, try Blue Draws, sometimes called Duckunoos, a traditional dish introduced by West African slaves. It is a combination of sweet potatoes, coconut, bananas, vanilla, and brown sugar cooked into a thick pudding, and tied in banana leaves and boiled. 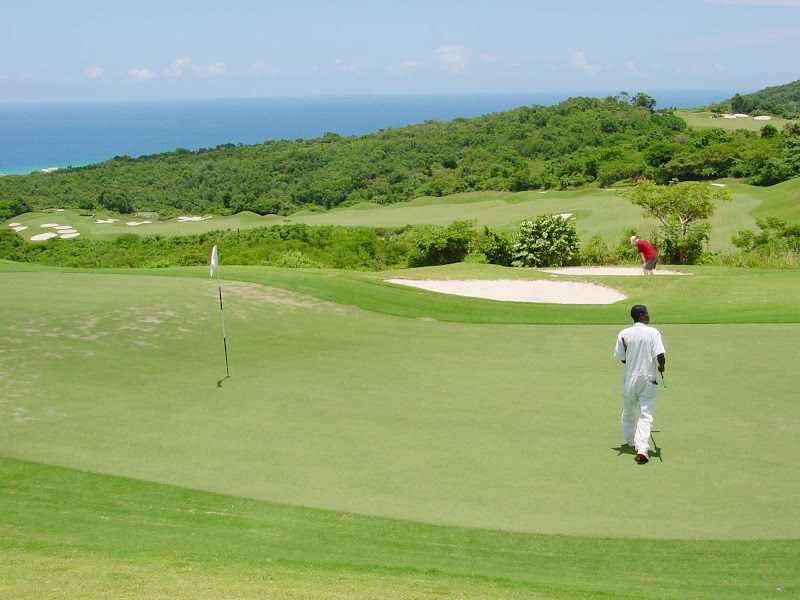 Cruise ships dock at a new pier terminal built just a few years ago. There is a small shopping area, but to get anywhere on the island you will need to arrange transportation.

Taxis are widely available outside of the shopping terminal at the port. Local service rates are regulated by the Town of Falmouth. A taxi to Montego Bay takes about 30 minutes, and Ocho Rios is about an hour away.

Taxis fares are charged per car, not per passenger. It is recommended to agree on a price before getting into the cab. Look for taxis with red license plates marked “PPV” (Public Passenger Vehicle) as these are the only cabs that are registered and approved by the government. Using a non-approved taxi can be dangerous and should absolutely be avoided.

For travel between towns, minibuses are the way to go, and travel on a Jamaican minibus certainly makes for an interesting cultural experience. Prepare to compete with other passengers'  luggage of varying sizes and contents. Prices can vary, and there aren’t published schedules. Since it's less reliable from a timing point of view, arranging a private or shared ride with your own taxi or minibus is recommended.

Documents: A passport is required to enter Jamaica.

Language: English is the official language of Jamaica. A local Creole dialect known as patois (pronounced "pa-twa") is widely spoken.

Currency: The Jamaican dollar (JMD) is the official unit of currency. U.S. dollars, traveler's checks and credit cards are widely accepted. You'll be able to pay with U.S. dollars at nearly every restaurant and shop in town, but be prepared to get change in Jamaican dollars if U.S. currency is not available.

Store hours: Most stores are open Monday to Saturday, 10 am to 5 pm and closed on Sunday. Some stores in the cruise terminal may stay open on Sunday.

Safety: As always, use caution at night and/or when exploring beyond the tourist areas. Do not do business with or travel with strangers who approach you, and avoid frequenting ATM machines after dark.

Have you been to Falmouth? Please share a story, tip or discovery. What was the highlight?

“Local entrepreneur Janet Crick leads a half-day food tour of Falmouth which takes you from roadside vendors to restaurants, tasting jerk chicken and gizzada (a coconut filled tart) along the way.”