Buenos Aires, Argentina's capital and largest city, is sometimes described as “The Paris of South America.” Offering elegant architecture, exquisite cuisine, a legendary frenzied nightlife and fashionable shopping in designer boutiques, this is a South American city with a genuine European flavor. Buenos Aires is a cosmopolitan metropolis with both slick neighborhoods and equally downtrodden areas — but that’s part of its appeal. It’s an elegant, seductive place with a ragged edge, laced with old-world languor and full of contemporary attitude.

Classic Buenos Aires features old-world cafés, colonial architecture, fun outdoor markets and diverse communities. Visitors looking for an urban adventure will find it all — and then some — in Buenos Aires, whether shopping for affordable designer clothes and enjoying some of the world’s best steaks during the day or sampling the scintillating nightlife and maybe even learning how to dance the sexy tango in the evening.

With the increase in the number of visitors to Buenos Aires and its favorable climate, there are more and more possibilities and activities to suit every tourist on every budget, including sporting events, tango tours, cultural tours, architectural tours, quaint cafes, museums and pub crawls in the popular Palermo and San Telmo neighborhoods.

Here's a 4-minute video from LucyTaylorTravels on 10 top things to experience in Buenos Aires, from epic eats to memorable monuments.

Palermo, located in the northeast section of Buenos Aires, is the city’s largest neighborhood, and it offers tree-lined streets and intersections packed with the trendiest restaurants, bars and boutiques. San Telmo, in the southern part of the city, is one of the oldest neighborhoods in Buenos Aires, and offers a step back in history, with its cobble-stoned streets and buildings from the colonial era. San Telmo features churches, museums, antique shops and a weekend Antique Fair in historic Dorrego Square, which also includes tango performances.

Culture plays an important role in Buenos Aires. An opera house, several symphony orchestras, numerous museums and theaters form its exceptional cultural life. Art is not only found in the many museums in town, but also on the street walls in the city. Street art in Buenos Aires became popular in 2001. It was the Porteños’ way of protest against the economic crisis. Another crucial part of Argentinian culture is undoubtedly the tango. In 2009, the UNESCO’s Intergovernmental Committee of Intangible Heritage declared tango as a world’s cultural heritage. If you fancy some shopping in Buenos Aires, you’ll find some luxurious shopping malls. The most popular mall among tourists is the Galerias Pacifico, located on Florida/Av. Córdoba. For antique shops, visit San Telmo. For leather outlet stores, go to  Murillo street. 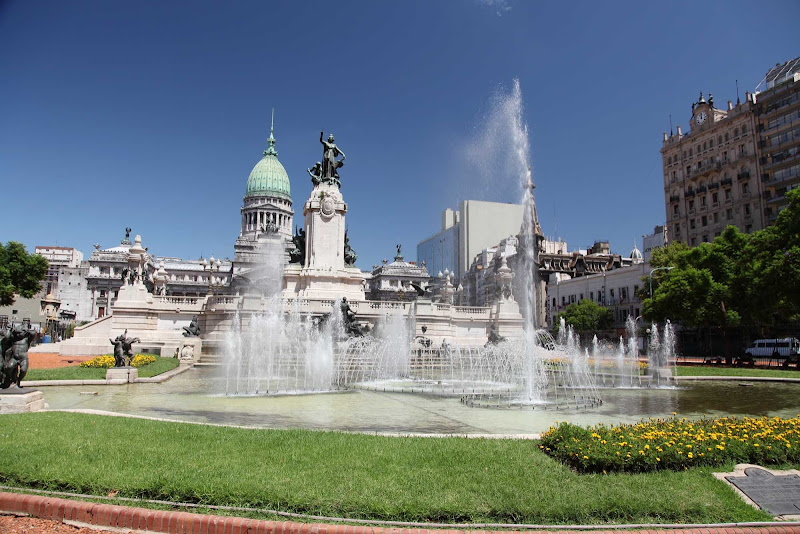 Buenos Aires’ buildings are a medley of different architectural styles. Considering the cultural background of the Porteños, there is overall French and Italian influence to be seen in the architecture. The economic upswing during 1880 and 1920 brought out many buildings in neoclassical style. Being an international trend at that time, there are worldwide neoclassical examples of architecture, including the Old Museum in Berlin or the White House and Capitol in Washington, D.C. Many of these architectural examples — Teatro Colón, Galerias Pacifico or the National Congress can be seen on Avenida de Mayo between Plaza de Mayo and Plaza del Congreso.

The cuisine of Argentina is uniquely distinctive in South America because of the strong influence of Spanish, Italian, French and other European cuisines rather than other Latin American cuisines. Another determining factor is that the country is one of the world's major food producers. It is a major producer of meat (especially beef), wheat, corn, milk, beans and, since the 1970s, soybeans. Given the country's vast production of beef, red meat is an especially common part of the Argentine diet, and is featured prominently on most restaurant menus. And considering the large wheat production in Argentina, white bread is also popular, as is Argentine pizza.

For dining out, La Cabrera Norte in Buenos Aires serves fantastic steaks and side dishes, and attracts a primarily tourist clientele. Another great steakhouse in Buenos Aires is El Establo Parrilla. For fresh seafood, including fantastic grilled squid, try Oviedo. For authentic Argentine pizza, don’t miss El Cuartito. And save room for dessert. Persicco, with locations throughout the city, blends the gelato techniques of Italians with the excellent dairy product from Argentina to create a truly memorable treat. 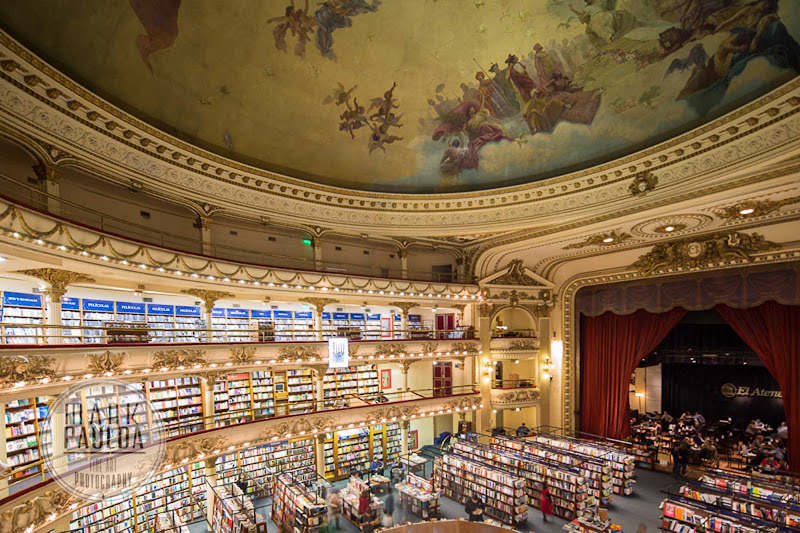 The cruise ship terminal Benito Quinquela is located ½ a mile from the city center. Sometimes ships dock at the outlying piers. In this case, a complementary shuttle bus is provided. Even for short distances, the streets around the pier area are not considered safe to walk around on your own.

For visitors, Buenos Aires is extremely accessible, not only because of the integrated and modern transport system (metro, train and buses), but also because tour operators have caught onto the tourist’s desire to see the city in different mediums, including getting around with a downloaded MP3 audio guide, on an organized walking or bike tour, or via a sightseeing bus. Taxis are readily available at reasonable prices at the pier.

A free wifi network with more than 300 access points is available throughout Buenos Aires.

Shop hours:  General store opening hours are Monday to Friday from 9 am to 8 pm and Saturdays from 9 am to 1 pm. Many businesses close for a long lunch break around noon.

Shopping tip: You'll find prices listed with the sign “$.” However, this is the local currency, the Argentine peso, not the U.S. Dollar. Don’t be confused.

Tipping:  Tipping in restaurants in Buenos Aires is not mandatory, but certainly desired. A tip of 10% of your total bill is generally sufficient. Tipping taxi drivers is also not required, but many people leave the change for their driver in order to round up to the nearest peso.

Safety:  Pickpocketing and robbery are the common crimes against tourists. Take maximum caution, and it is strongly recommend to stay with a group guided by a local.

ShoreFox and Wikitravel contributed to this review.

How about you? Have you been to Buenos Aires? We'd love to hear about your experience or see your photos!

“The city’s nonstop spawning of new restaurants and arts spaces is a testament to the endless creativity of Porteños, as its residents are called. Its century-old cafes and gorgeous tree-lined streets have always been a draw, but visit now for its culinary scene and gimmicky yet ineffably cool speakeasies.”

“Going to an Argentine parrillada (barbecue restaurant) is practically compulsory here, but eschew the huge, tourist-filled dining rooms and book-long menus of the old standbys like Don Julio’s or Parrilla Peña and head instead to La Carniceria. This 24-seat modern parrillada opened in late 2014 and usually has just two (enormous) steaks on the menu, along with a roster of traditional starters brought into the 21st century (dinner for two, around 750 pesos). The beef comes from the owner’s farm and is smoked in-house, and the chorizo is homemade.”