Brussels travel guide: What to do & see

Brussels is a fabulous gateway to the charm and sophistication of European culture. Even with the regal assembly of Art Nouveau architecture and fine cuisine, Brussels is a city that truly values casual atmosphere and café culture. The bilingual capital of Belgium is alive with French and Dutch influences and a Gothic and medieval beauty seen in the Town Hall and Grand Place (Grote Markt). The labyrinthine streets give way to clusters of bars, restaurants and museums all within the compact city center.

With 19 boroughs that make up the city, Brussels is a diverse collection of Old Europe and striking modernity. Museums range from fine art and national history, to solely honoring the decadence of Belgium staples, such as beer and chocolate. The Musee du Cacao et du Chocolat pays homage to the country’s most famous product and includes demonstrations by master chocolatiers. The trendy Rue Antoine Dansaert is a premier shopping street in the city center, and pairs well with neighboring Place St-Gery, where bars and cafes line the block, each better than the next.

The prosperity and popularity of Brussels has fluctuated over the decades, but ever since the Universal Exposition and World's Fair were held here in 1958, the city has seen a lot more tourism. In the mid-to-late 1800s, Brussels was an outrageously dynamic city, full of life and exploding with charm. The area was a tourist up until it became tainted by the two World Wars. The Germans occupied the area twice and virtually ruined the import, export and tourism of the city.

Brussels has made a mighty comeback since 1958, and in the last 40-plus years, it has been a huge draw with world travelers. Tourism is at an all-time high, and everyone who visits is incredibly eager to come back soon. While it may be true that the city is somewhat difficult to navigate, you are certain to have a lot of fun trying to get around.

Cruise ships that call on Brussels

Brussels is the departure point for river cruises to Amsterdam aboard the deluxe river cruising vessels of AmaWaterways, Avalon, Tauck and Uniworld.

What to do & see in Brussels

The Musées Royaux des Beaux-Arts, on Rue de la Regence 3 (0-/508-3211), is a remarkable museum featuring the works of Brueghel, Rubens, Van Gogh and many more masters of European art. The museum is open Tuesday through Sunday and is a highlight of any sightseeing trip to Brussels. 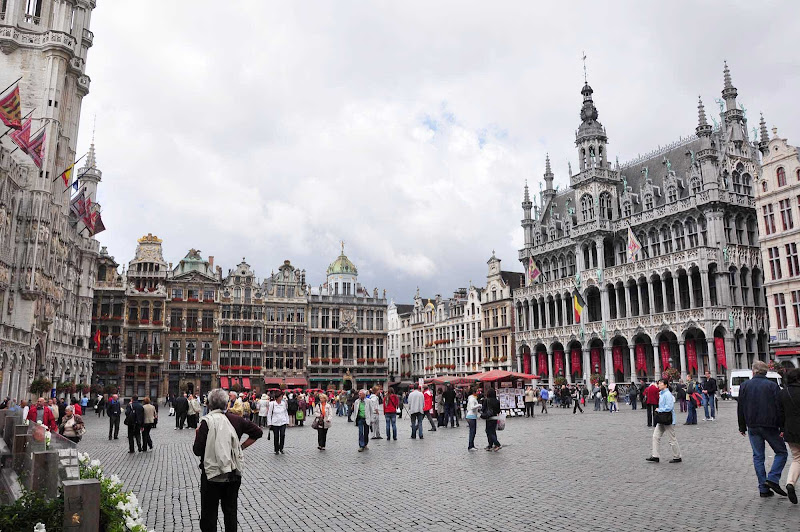 The Grand Place is located in the center of town and is the meeting place and cultural heartbeat of Brussels. Everyone from children to the elderly gather here to socialize with friends and see the sights. There is never a dull moment at the Grand Place, and between the months of April and September, there are nightly music and light shows. Every day you can stroll through the flower market and be overwhelmed by the glorious colors and wonderful aromas. In December, an ornate Christmas tree stands tall on the steps of this town hall. Holiday displays and a manger with real grazing sheep add to the splendor and appeal of this center.

Saint-Gilles is the bohemian center of Brussels with several thriving Portuguese, Spanish, French and Polish communities, many of which have large groups of artists, musicians and winegrowers.

The Centre Belge de la Bande Dessinee (The Belgian Comic Strip Center), is located at Rue des Sables 20 (02/219-1980). Often disregarded by American adults as junk reading, comics have become very popular in Belgium, and particularly in Brussels. They have been embraced as an art form and as a teaching mechanism for children who have reading problems or an initial disinterest in reading. As a result, the best comic artists in Europe have made contributions to this wonderful establishment, and there are more than 25,000 extraordinary cartoon works within the walls of the Comic Strip Center. Victor Horta designed the exquisite architecture of the building in 1906. An Art Nouveau brasserie and an enjoyable comic strip store can be seen here, as well.

There is plenty of good eating to be had in Brussels. Most people concentrate on the three classics: mussels, fries and chocolate. However, Brussels has recently experienced a restaurant resurgence of sorts. All of the sudden, there are numerous top-notch dining establishments to be found in the heart of the city. This is refreshing, and these great spots are being taken advantage of by locals and tourists alike.

Villa Lorraine can be found at Chaussée de la Hulpe 28 and features outstanding cuisine that is devoured by countless American travelers who pass through Brussels. It features menu items such as quail, duckling, red mullet, and bread and meat combinations that are scrumptious. La Truffe Noire is located at Boulevard de la Cambre 12 and mixes extraordinary French and Italian cuisines perfectly. Accompanying the gorgeous restaurant is a fabulous garden. Two of the best dishes are the lamb covered with pie crust and a pigeon served with truffles.

Chez Moeder Lambic is located at Rue de Savoie 68 and is the premier bar for sampling Belgian beers. They claim to have 600 in stock at all times, as well as hundreds of other beers from around the world. Mirano Continental is located at Chaussée de Louvain 38 and is a flashy and stylish dance club that is also quite popular. Ixelles is a vibrant neighborhood with a large concentration of pubs serving locally brewed Belgian beers, brasseries, small bookshops and independent record stores.

The shopping in Brussels is spectacular, and the best department store for Belgian style is Inno, located at Rue Neuve 111. Godiva can be found at Grand Place 22 and is the queen of fine chocolate. It seems no matter how many gift chocolate packages you buy for your friends back home, you will end up eating them all. Use discipline, but allow yourself a least a few fine morsels. 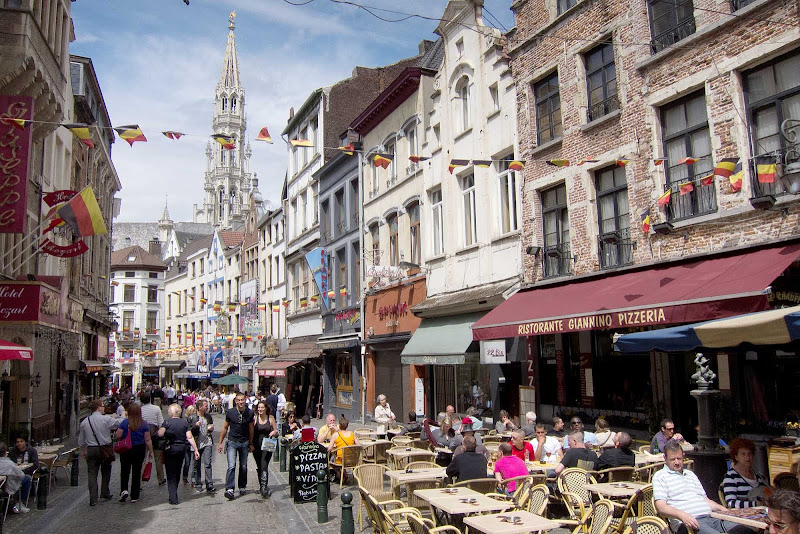 Brussels experiences an oceanic climate, influenced by its proximity to the Atlantic Ocean. Summer temperatures average in the low 70s, and winters remain mild, typically remaining in the low 40s to high 30s. Snowfall is rare and generally will only occur once or twice a year. With this pleasant year-round climate, Brussels is a top destination to visit during any season.

Docking information: Since Brussels is inland, cruise ships dock at the Port of Zeebrugge (50/543-211) on the shores of the North Sea. Brussels is about 75 miles from the port, and there is ample bus transportation to take you to the town.

Getting around: The city has three major train stations: Bruxelles Midi, Central and Nord (though high-speed trains only make stops at Midi). For getting around the city, Brussels has a revamped metro that run city-wide and regional service. Bike rental is also popular here as an efficient and low-cost way to navigate throughout the city. If you'd like to rent a car while in Brussels, you will have many rental agencies competing for your business. Budget (02/753-2170) as well as Europcar (02/345-9290) can provide you with reliable automobiles. Lastly, taxi service is prevalent in Brussels. If you cant flag one down, call Autolux (02/411-4142).

Languages: Brussels operates as a bilingual city in which French and Dutch are both official languages. For example, all of the streets have two names. English is also widely understood, but not always spoken.

Safety:  Brussels is generally a safe city. Some suburban neighborhoods have a poor reputation, but most travelers are unlikely to visit them. The neighborhoods of Schaarbeek, Brussels North, St-Josse, Marollen, Anneessens, Molenbeek and Anderlecht should be avoided at night if possible.

Have you been to Brussels? Please share a story, tip or discovery. What was the highlight for you?

“Brussels' new Fin-de-Siècle Museum celebrates the end of an era — the turn of the 20th century — that elicited an artistic swell from impressionism to art noveau. ”