Travelers come to Baltimore, Maryland, for its famed seafood, world-class museums, historic sites, shopping, pubs, festivals and green spaces, all in a compact, walkable area. More than a few like to spend time in this revitalized city before sailing out of Baltimore Cruise Terminal. Just about all visitors make a stop at the city's charming Inner Harbor, home to popular restaurants, distinctive shops, live entertainment and local watering holes.

Throughout the Inner Harbor, visitors will find relics of Baltimore’s fascinating maritime history intertwined with contemporary attractions. These include the National Aquarium, Maryland Science Center, Port Discovery Children’s Museum, the updated Harborplace and The Gallery shopping centers, and the new sports stadiums for the Ravens and Orioles.

Cruise ships that sail out of Baltimore 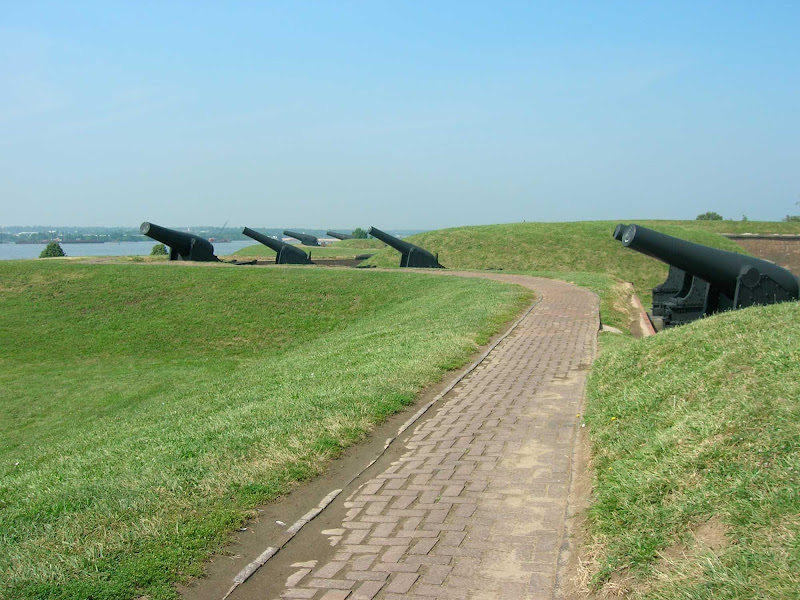 Stephanie / Creative Commons BY-NDFort McHenry, in Baltimore, is a coastal star-shaped fort best known for its role in the War of 1812.

Top things to do & see in Baltimore

Fort McHenry: This star-shaped brick fort is where Francis Scott Key penned “The Star-Spangled Banner” while watching the British bombardment of Baltimore during the War of 1812. A visit to the fort includes a tour, history film and, during summer weekends, living history displays.

National Aquarium: Maryland’s most visited attraction is a great place to enjoy Atlantic bottlenose dolphins, explore a rainforest ecosystem or wander up a spiral ramp as hammerhead sharks and brilliantly colored tropical fish swim by. The aquarium features about 10,000 creatures and a magnificent Atlantic Coral Reef display.

The Maryland Zoo, the third-oldest zoo in America, includes many popular jungle animals. The Maryland Science Center is a stunning modern building with lots of hands-on attractions and information about modern science. Pimlico Race Course is the world-famous race course, home to the Preakness Stakes and other major horseback races. Lexington Market, founded in 1782, is the oldest continually operating market in the United States.

Other attractions include the Washington Monument at Mount Vernon Place, a memorial to George Washington, built in 1815; the Star Spangled Banner Flag House, one of the city's oldest buildings, with information about the War of 1812; the Howard Peters Rawlings Conservatory & Botanic Gardens, featuring three greenhouses, landscaped gardens and a host of exotic plants, and the Cylburn Arboretum, a vast nature preserve with gardens, woodlands and period buildings.

Baltimore offers outstanding places to view art, including the Baltimore Museum of Art with about 100,000 works, including art by Picasso, Cezanne, Monet and Van Gogh, the American Visionary Art Museum, which displays the inventive work of untrained artists in imaginative settings, and the Walters Art Museum, known for its collections of ancient treasures from Egypt, Greece, Rome and Ethiopia.

You'll also find the Baltimore and Ohio (B&O) Railroad Museum, said to be the oldest railroad depot standing in the Western Hemisphere, with numerous classic locomotives; Historic Ships in Baltimore, featuring popular tours of the USS Torsk submarine and three WWII vessels, and the Babe Ruth Museum, celebrating the life of the baseball legend. 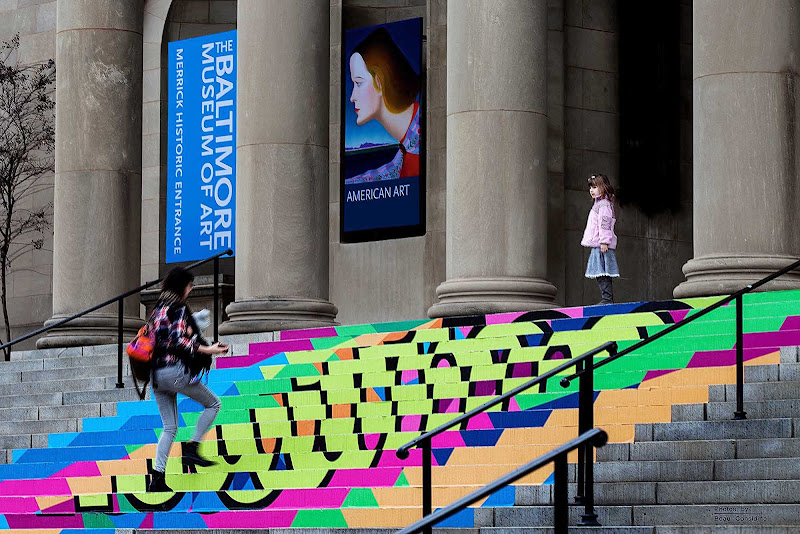 Beau Considine / Creative Commons BY-SABaltimore is home to the Museum of Art, which houses works by European and American artists.

In the Inner Harbor, Harborplace is a lively marketplace of retail shops, including McCormick World of Flavors, a good place to learn about the history of the Baltimore-based spice company and buy some Old Bay seasoning to use in crab cakes and other local specialties. Baltimore’s Hampden neighborhood is a great place to find one-of-a-kind shops, including Razzo, which sells locally made crafts and food products.

Port Discovery Children’s Museum: Adults and kids alike enjoy this interactive museum where you can try your hand at cooking in Tony’s Diner, help solve a murder mystery and splash around while learning about the Earth’s atmosphere in the World of Water.

Maryland Science Center: Three floors of exhibits on the Chesapeake Bay, Earth science, physics, the body, dinosaurs, and outer space are an invitation to engage, experiment, and explore. There’s also a planetarium, a simulated archaeological dinosaur dig, an IMAX movie theater with a screen five stories high, and a playroom especially designed for young children.

Baltimore is famous for seafood specialties like crab cakes and soft-shell crab. April through October is crab season, so that is when you will find the best of this delicacy from local waters. Among the city’s notable seafood restaurants are the casual L.P. Steamers, a popular lunch spot with a roof deck; G & M Restaurant and Carryout, a prime spot for jumbo crab cakes, crab soup and stuffed shrimp; and Bertha’s Mussels, which serves up delicious buckets of steamed mussels in various preparations.

Among the city’s fine-dining spots are Charleston, known for exceptional Southern low-country cuisine, and Woodberry Kitchen, which focuses on dishes made with locally sourced ingredients.

Baltimore offers a four-seasons climate, with humid summers and chilly winters. Spring and fall are the best times for comfortable, crisp temperatures. 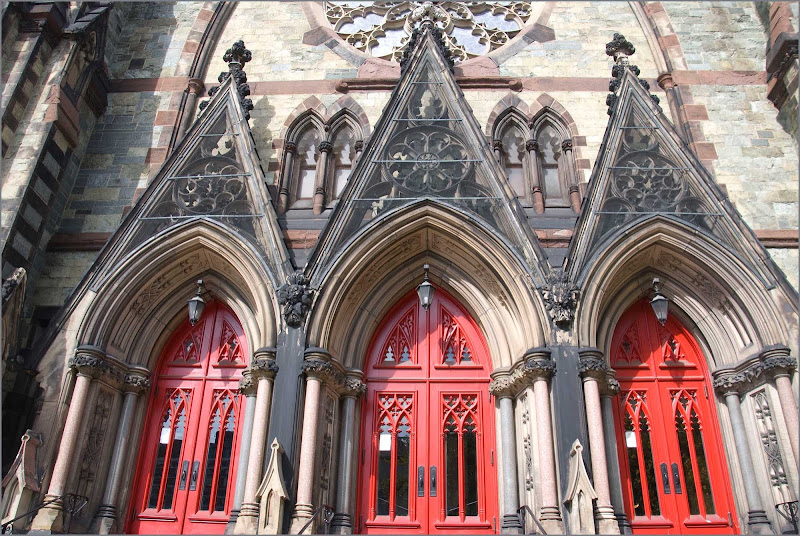 When you arrive (or depart)

The Baltimore Cruise Terminal is conveniently located off I-95, about 2.5 miles from downtown Baltimore and 10 miles from Baltimore-Washington International Airport. The port offers secured long-term parking for cars and SUVs. Taxis are readily available when cruise ships are in port, about a $15 ride into the city center. Shuttle service is also available.

Many of the major attractions in the Inner Harbor are within walking distance of one another. Transportation options include the free Charm City Circulator which offers three routes around the city. The Baltimore Water Taxi is a fun way to get between destinations along the harbor, including Fort McHenry.

Safety: The area stretching from Camden Yards east to Fells Point is entirely on the tourist path and is walkable. Enjoy the Inner Harbor, take in Camden Yards (even if there's no ball game there) and take the usual precautions in any big city: Don't flash your cash and try not to walk alone at night. See Cruiseable's safety tips for cruise passengers.

Have you been to Baltimore? Planning to go? I'd love to hear about your experience or see your photos! What was the highlight for you?

“Baltimore is a city of distinct neighborhoods. While stellar downtown attractions such as the National Aquarium and the Inner Harbor draw torrents of tourists each year, much of the city's character can be found in bergs like Hampden (the "p" is silent) and Federal Hill.”

“Liven up your visit to Baltimore with a dash of culture: a powerful symphony, a dance performance, a choral concert or an intimate jazz combo. If the theater is more your cup of tea, take in a show at one Baltimore’s many community stages or at the historic Hippodrome Theater, which plays host to award-winning Broadway shows.”

“Part of Baltimore’s charm comes from its parks – there are nearly 6,000 acres of parkland and public space. Start with Federal Hill Park where you’ll find Civil War cannons, a basketball court, Rash Field for volleyball and other beach activities, a gated playground for the youngsters and an expansive picnic area.”