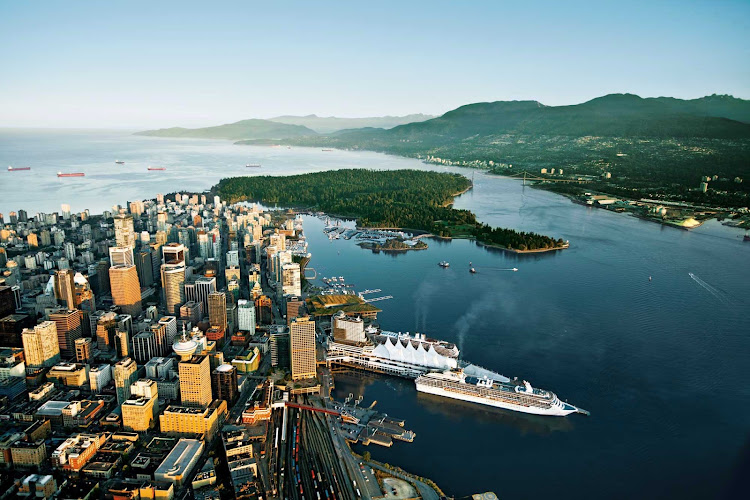 An aerial view of the Vancouver cruise ship terminal.

6 fun things to do in Vancouver

Visiting Vancouver for the first time, or spending the day here during a cruise ship's shore excursion? As a native Vancouverite, I can point you to a few good choices to fill your day.

You can get active with ecomarine kayaking, go see totem poles in a popular park, enjoy a free Lumberjack Show, sashay over a 460-foot-high suspension bridge and more. Here are six fun things to do in Vancouver. 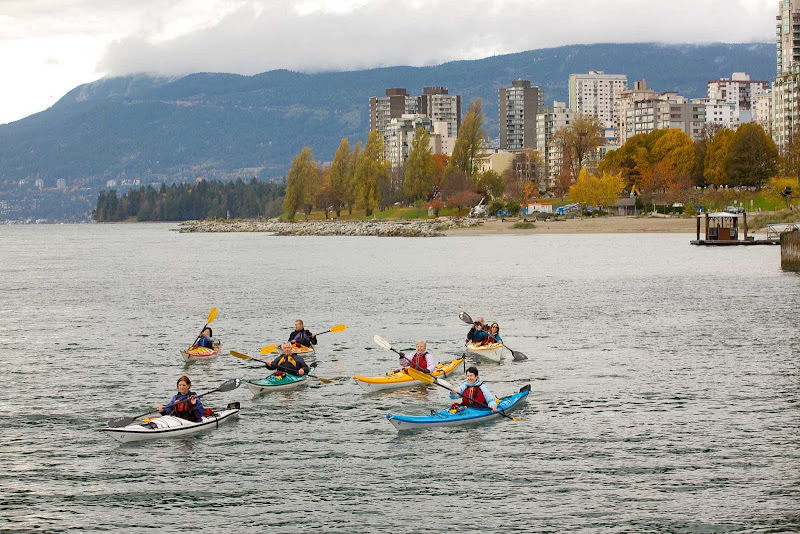 1The vibrant urban oasis of Granville Island buzzes with life from dawn to dusk. Inside the Public Market, the city’s top chefs source local ingredients from an array of vendors selling fresh produce and gourmet goodies. Outside the Market, you’ll find interesting artisans and crafts people in the Net Loft, Railspur Alley and dotted throughout the island. 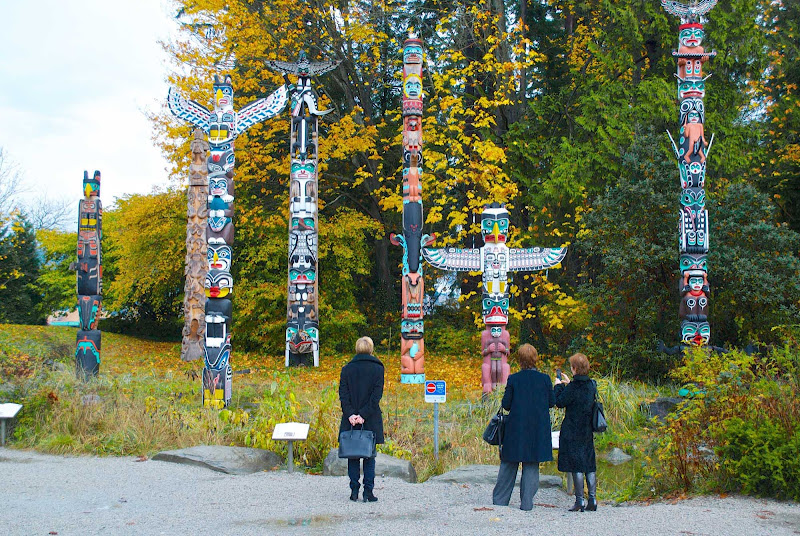 2One of the largest urban parks in North America (404 hectares), Stanley Park can fill your whole day. Rent a bicycle (Spokes Bike Rentals is located at the corner of Denman and Georgia, or use your own two feet to follow the Seawall around the park. You’ll pass by soaring totem poles, the Prospect Point Lighthouse and Third Beach — a great place to stop for an ice cream. For lunch, stop at Cardero’s for fine dining and a marine-side view. After lunch, visit the Vancouver Aquarium or wander the manicured Rose Garden. 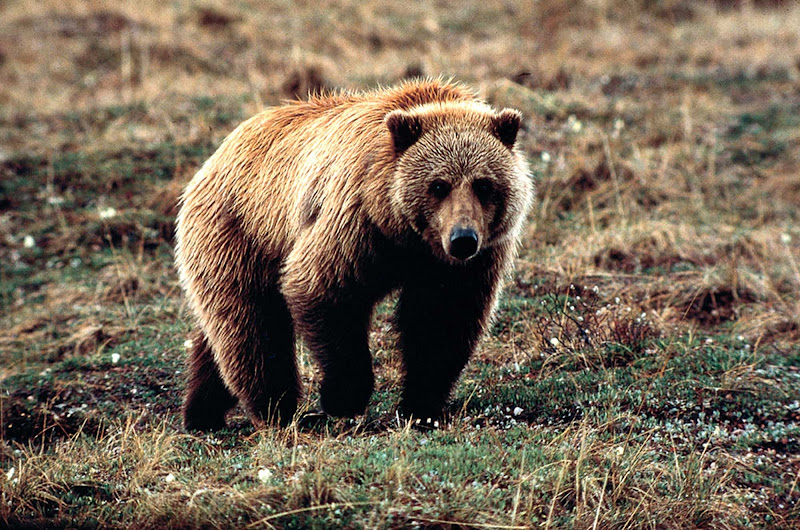 Courtesty of Aramark LeisureA grizzly bear in Alaska. You can see a rescued grizzly at Grouse Mountain’s Refuge for Endangered Wildlife.

3Only 20 minutes by taxi from downtown Vancouver (guests with prepaid tickets can hop a shuttle from various pick-up points downtown), Grouse Mountain is a favorite for all ages. Hop on the Grouse Mountain Skyride (free with your TourismVancouver Experience Pass) and climb to an altitude of 3,700 feet. Then grab a bite to eat at Altitudes Bistro and enjoy the view of an entire city spread out below. Don’t miss the free Lumberjack Show (scheduled throughout the day between May and September), guided eco-walks or the Mountain’s zipline. Also, take time to meet Grinder and Coola, two rescued grizzly bears who live in Grouse Mountain’s Refuge for Endangered Wildlife. Come winter, Grouse Mountain is a hub of outdoor activities. From skiing and snowshoeing to skating circles on an outdoor ice rink, Grouse has it all. 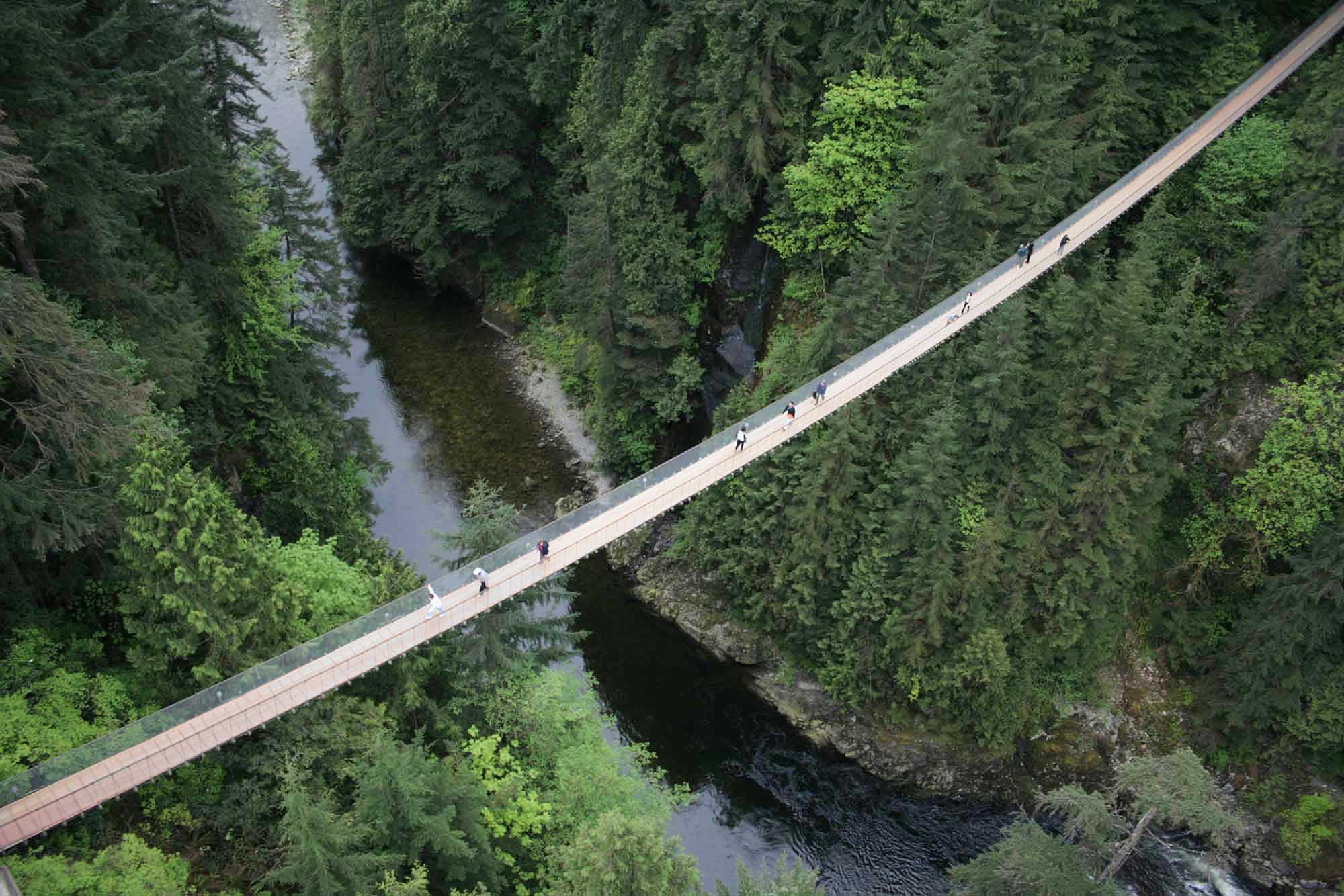 4One of Western Canada’s top visitor magnets, the 460-foot-tall (140-meter) Capilano Suspension Bridge suspension bridge wobbles 230 feet (70 meters) above the roiling Capilano River Canyon. But although the bridge has been a celebrated attraction since the Victorian era – when crinolined ladies sashayed across its length — the attraction has never rested on its laurels. Treetops Adventure — a series of seven suspended walkways between some of its towering trees — was added in 2004, and Cliffwalk opened in 2011. A steel and glass walkway clinging to the side of the steep rock face, it offers a dramatic, eagle-eye view of the rainforest. 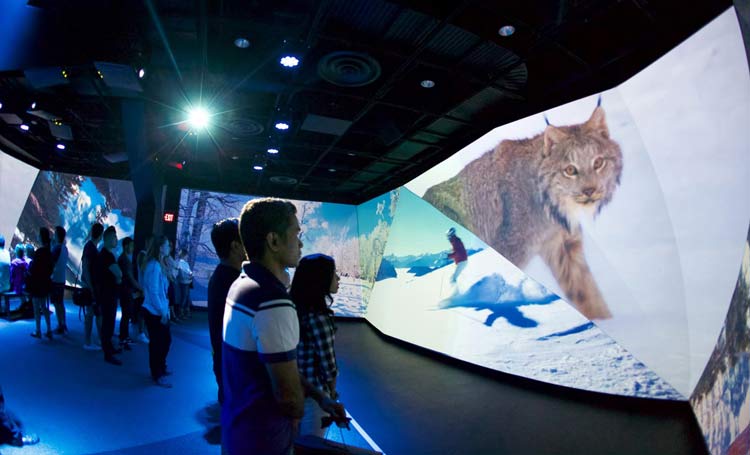 Soar over Canada without leaving the ground

5FlyOver Canada, a $15 million dollar attraction that opened in summer 2013, incorporates the latest in virtual flight-ride technology and is the first of its kind in Canada. Led by an award-winning creative team — including Rick Rothschild (former Walt Disney Imagineer and creative director of Disney Parks’ Soarin’ Over California attraction) and Dave Mossop (Whistler-based director with Sherpas Cinema) — this breathtaking aerial journey takes place in Vancouver’s former IMAX theater at Canada Place in downtown Vancouver. Up to 60 guests are safely strapped in their seats and elevated in front of a 20-meter-wide, sphere-shaped screen before embarking on a virtual 4D experience across the country. The adventure showcases a mix of seasons, magnificent landscapes and vibrant colors, all enhanced by wind, scents, mist and sound. Allow about 30 minutes for the experience. Info: www.flyovercanada.com

6The rainbow-coloured Aquabuses that jet across False Creek are an iconic image of Vancouver. Providing service to Granville Island, Yaletown and other downtown neighborhoods, the Aquabus is a fun way to visit many of Vancouver’s neighbourhoods and attractions. Continuous service from 7 am to 10 pm daily, no reservations needed. It's at 230 - 1333 Johnston St., Granville Island.