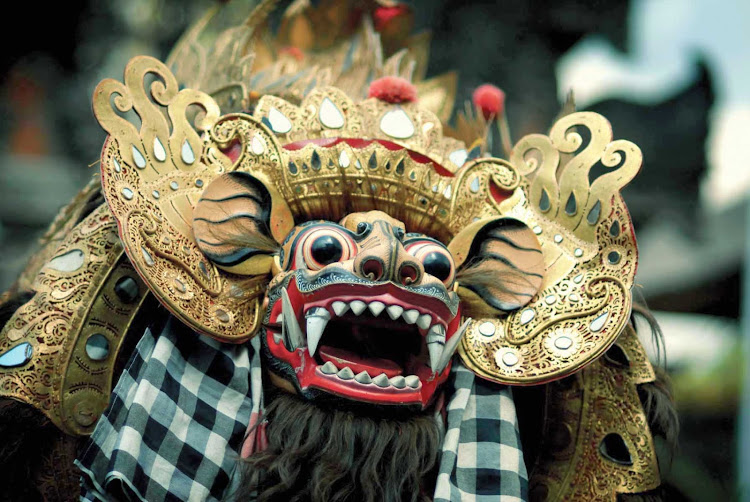 Take in the Tiger Dance when you visit Bali, Indonesia, on a Silversea cruise.

Considering a world cruise for 2016 or 2017? Better hurry, they book up fast! Here's a guide to the different kinds of world cruises on tap for the next two years. (See Patti's accompanying article, Is a world cruise right for you?)

If you're thinking about a world cruise, you'll want to make sure you wind up on a ship that suits your personality and comfort level, so make sure you talk with a travel expert who knows her stuff.

If you book through Cruiseable, we'll provide a $500 shipboard credit per stateroom, the equivalent of free spending money on board.

The Silver Whisper world cruise for 2016.

Silversea offers world cruises aboard Silver Whisper, as well as long voyages on other ships in the Silversea fleet. Here is Whisper's drool-worthy 2016 world cruise — contact us for information about this or other sailings. Ports of call: The far-reaching cultural exploration will cross six continents and stop at 51 destinations in 31 countries with 13 multi-day port calls along the way, plus many late-night departures. Of course, you can choose to take just part of the voyage, too.

The epic voyage will follow a westward path from Fort Lauderdale through the Panama Canal to South America and the Pacific. Guests will explore the island paradises of the South Seas, including Easter Island, Pitcairn Island, Tahiti and Bora Bora before sailing to the most desirable destinations of New Zealand, Australia and Asia, including vibrant Hong Kong and Singapore, the enticing resorts of Bali and Phuket, and mysterious Myanmar. The odyssey will continue to exotic India, Dubai and timeless Mediterranean hideaways before concluding with two nights in magnificent Venice.

On January 6, 2017, Silver Whisper will begin her next epic world cruise, sailing from San Francisco to 62 destinations in 25 countries in 116 days and ending in Monte Carlo. 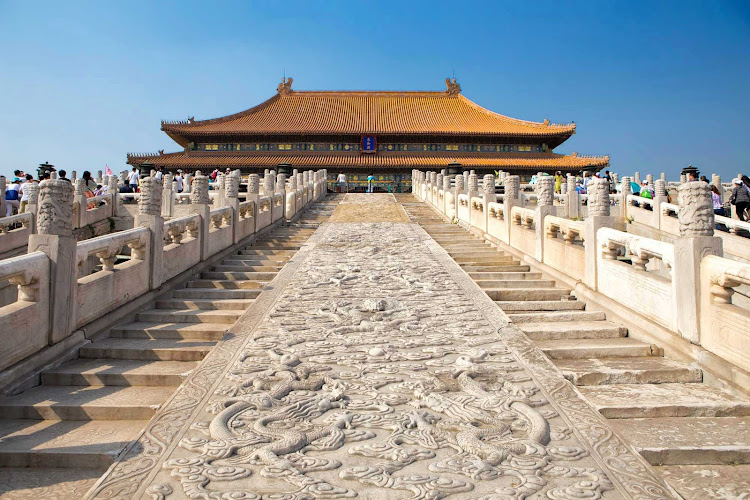 See-ming Lee / Creative Commons BYThe Hall of Supreme Harmony is the largest hall within the Forbidden City of Beijing. See it on a world cruise.

Crystal offers world cruises on Crystal Serenity for 2016-2017 and both Serenity and Crystal Symphony starting in 2018. Both vessels are two of the top luxury cruise ships in the world and are consistently rated the world's best luxury ships by the readers of Travel + Leisure. 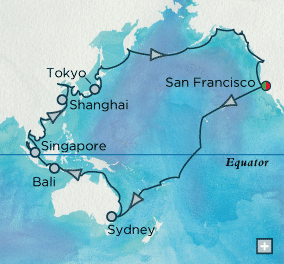 Fares: Starting at $36,625 per person. Book by December 30, 2015 for $4,550 per person additional savings, plus $1,000 in onboard spending money. Contact a Cruiseable travel advocate to receive special amenities.

Itinerary: Round-trip voyage departing from Miami on January 11, 2017, returning on May 6.

Details: This voyage features one of Crystal's most comprehensive itineraries to date, focusing on the metropolitan cities, quaint villages, less-visited islands and up-and-coming destinations of South America and the Caribbean – plus the first World Cruise visit to Antarctica in a decade.

Fares: Cruiseable will provide you with $1,000 in onboard credits — the equivalent of spending money — in addition to the usual free drinks and gratuities in this all-inclusive voyage if you book through a Cruiseable travel advocate. Substantial savings if booked by December 31, 2015.

In 2018 (yes, Crystal sailings book up years in advance), look for world cruises on Crystal Symphony as well as Crystal Serenity, including a unique world cruise on both ships! Contact a Cruiseable travel advocate for itinerary details and special pricing.

Regent Seven Seas Cruises is known for luxury, all-inclusive cruises. This round the world extravaganza on the sleek Seven Seas Navigator includes first-class air, all the visas needed for your travel, unlimited laundry and dry cleaning and medical care on board. Regent Seven Seas also includes unlimited shore excursions in every port. So enjoy the Dubai Sahara Experience and the Gala in Monte Carlo.

Miami to Miami: Navigate the World 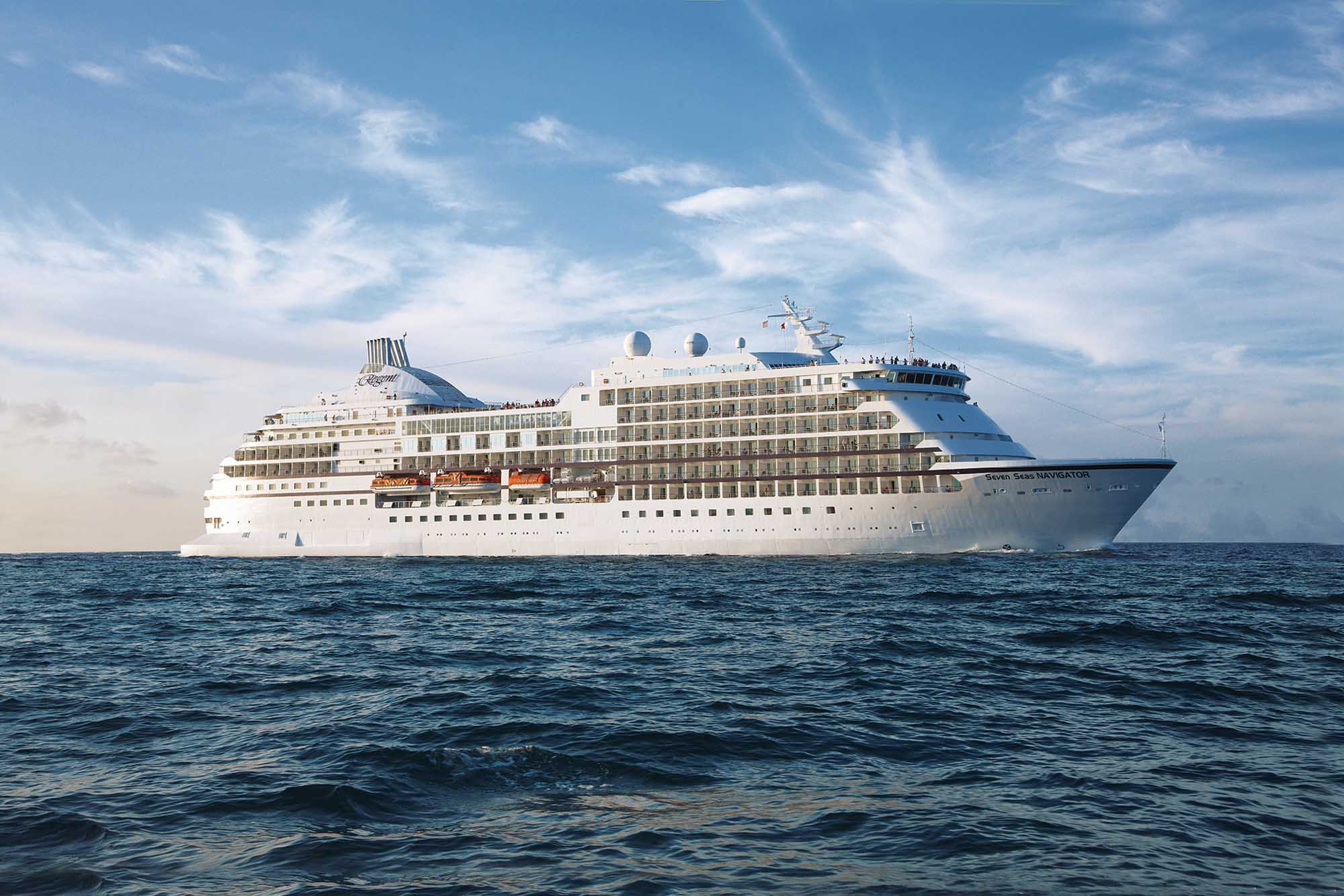 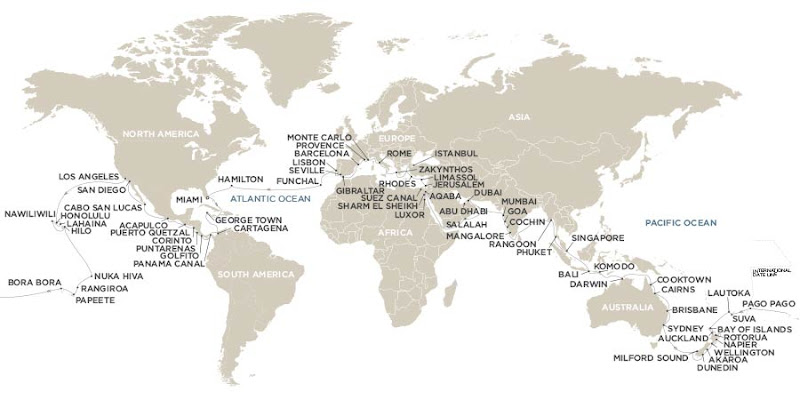 The romance of world travel is captured in this offering by 5-star Oceania Cruises. Instead of Around the world in 80 days, spend 6 months seeing the world, experiencing many cultures and meeting new people. You'll cruise through the Panama Canal, visit four Central American ports, and four ports of call in Brazil to get you started.

Courtesy of Tahiti TourismeTahiti and its unparalleled beauty is one of the Pacific stops for Oceania Insignia on its world cruise.

Around the World in 180 Days highlights:

Sail four oceans while taking in the wonders of the world. Join storied Holland America Line on the ms Amsterdam for a grand voyage that visits the great cities of the world such as Sydney, Hong Kong, Dubai, Athens, Rome and Barcelona. Visit cultural sites on five continents during a 115-day sailing. 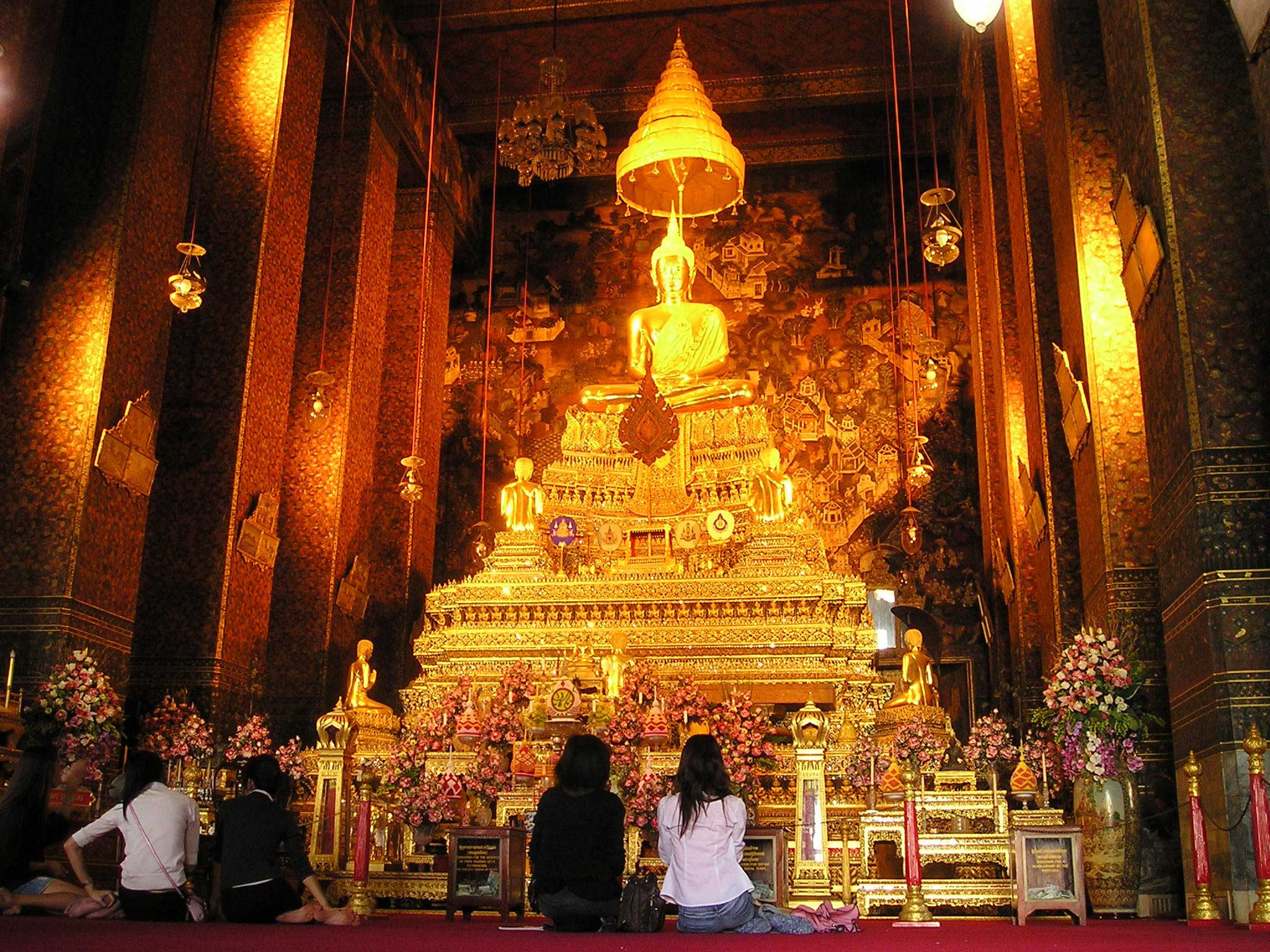 A golden shrine to the Buddha in Bangkok, Thailand.

Seabourn doesn't do world cruises all in one jaunt, but it comes close. Here's a two-month sailing aboard what some consider the world's best cruise ship, Seabourn Quest, through some of the primo ports along the coasts of North America and South America, along with Caribbean destinations and landings in Antarctica (weather conditions permitting). 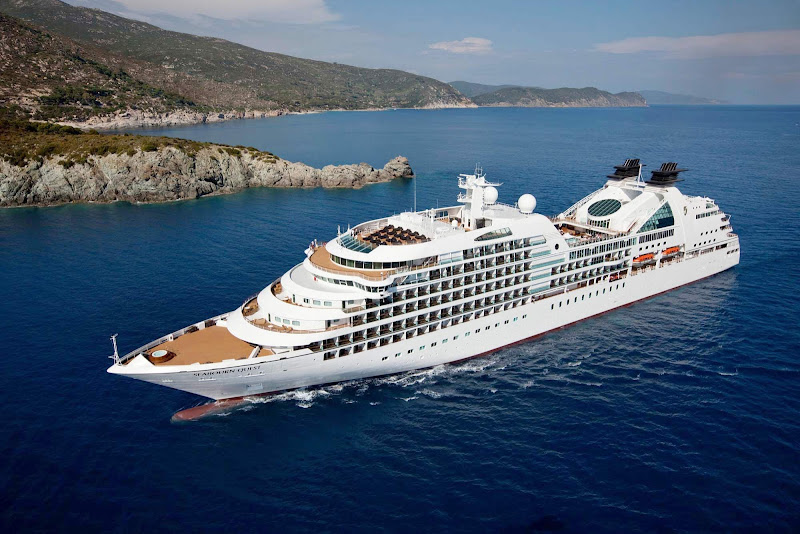 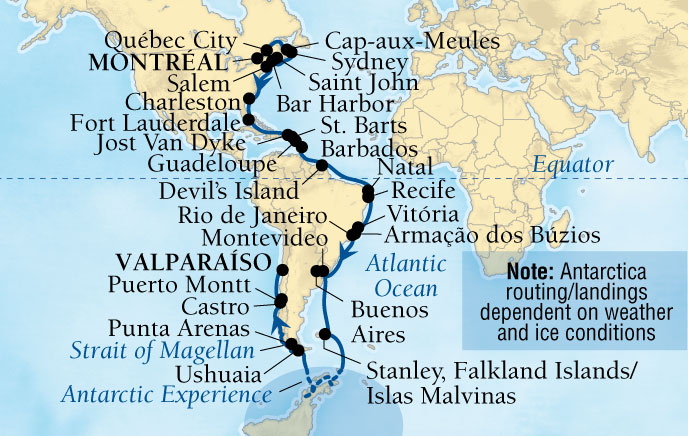 The 3-Continents Exploration aboard Seabourn Quest.

Queen Mary 2 is Cunard’s flagship, and it can be your home away from home for 132 nights. With stops throughout Europe, Africa, Australia, Asia and the Middle East, you'll see the world from a fresh perspective.  With onboard lectures, cinema, spa, planetarium, casino and lounges, you won't have time to be bored. 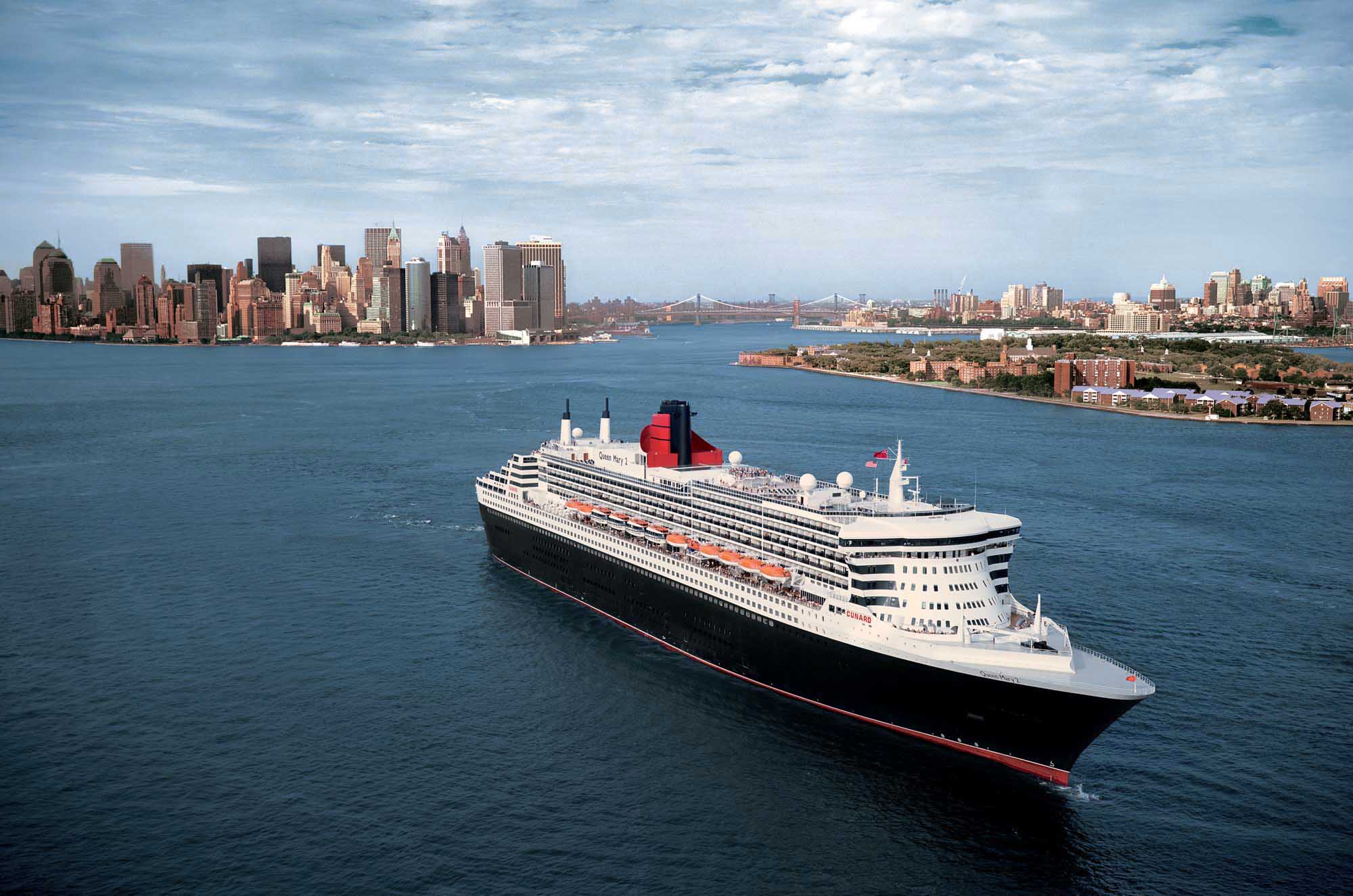 What if you don't have three to six months, but you do have some vacation time coming your way?Four continents in 48 days on Princess Cruises might be just the ticket. Think of this an Epic Voyage Starter Kit. 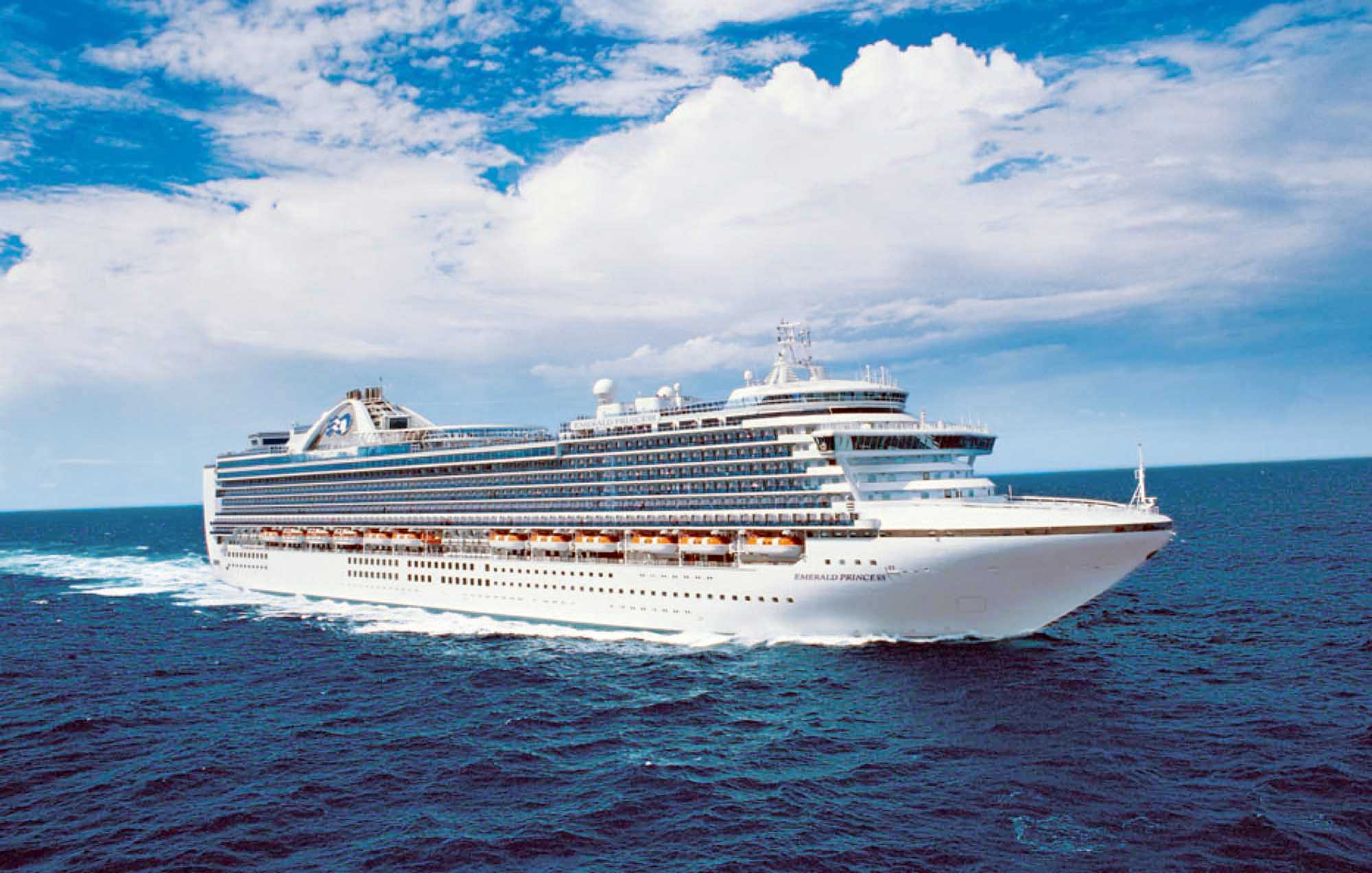 Courtesy of Princess CruisesEmerald Princess is one of the largest ships in the Princess fleet, offering nearly 900 balcony staterooms for guests to take in the passing scenery. 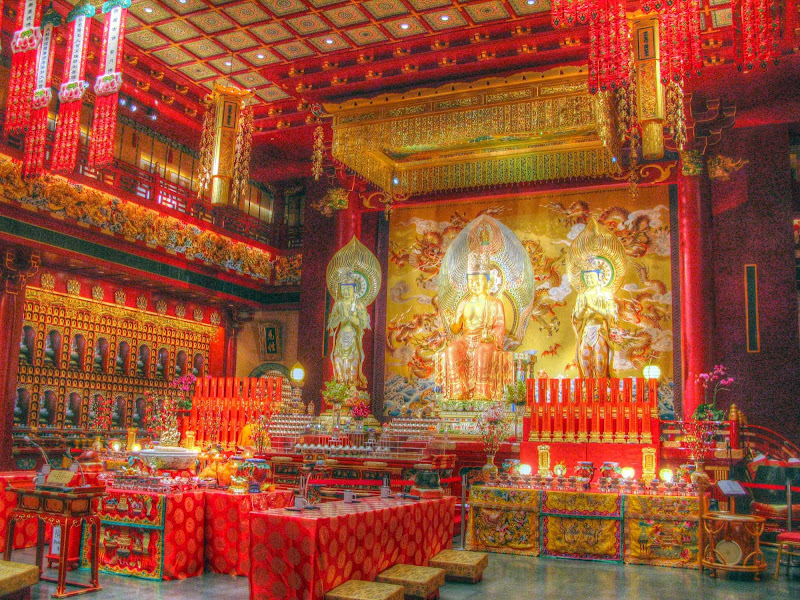 If you think a world cruise is right for you, contact an experienced Cruiseable travel advocate who can answer all your questions and book you on the world cruise that's right for your needs. We'll throw in a complimentary $500 onboard spending credit per stateroom.