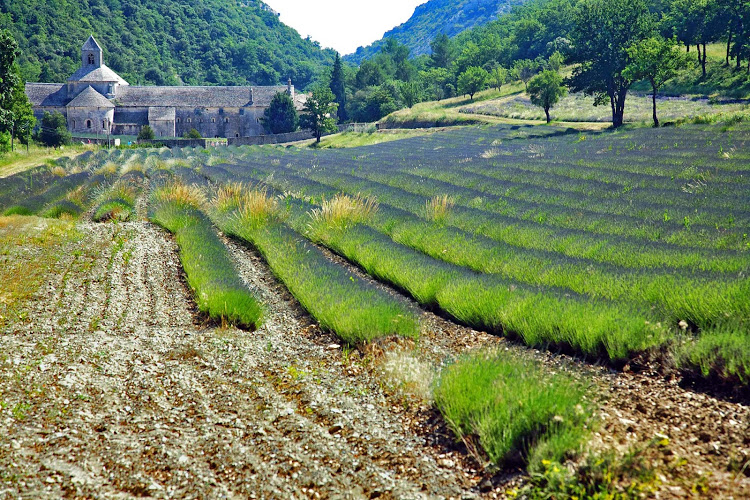 A shot of the iconic lavender fields in Provence, in the South of France. See it on AmaWaterways’ 2017 “Provence and Spain” itinerary with rates starting at $2,899 per person.

Explore wide-ranging itineraries in Europe, Asia & beyond in 2017

What's new and different in 2017 (and 2018) with river cruises and small-ship cruising? From wine cruises through the heart of Europe to more exotic itineraries to the Galapagos, China and Borneo, we've rounded up some new developments for travelers looking for a different kind of cruise. Here's a breakdown, region by region. 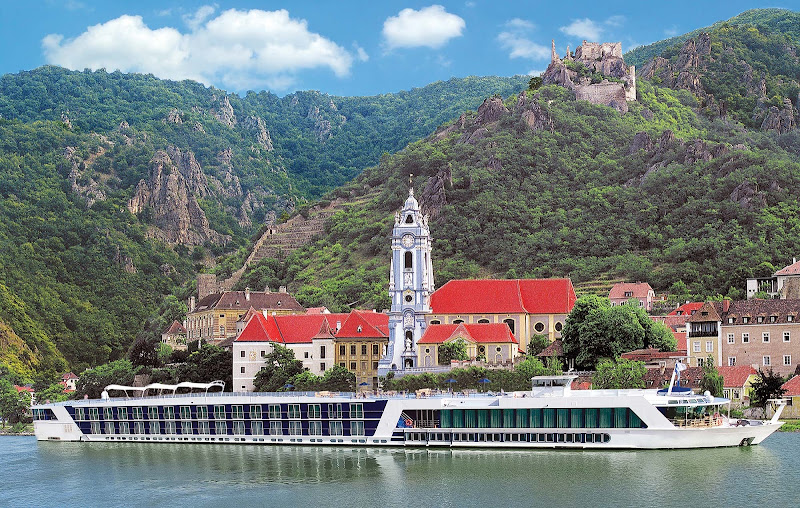 Courtesy of AmaWaterwaysSail on AmaDagio to Dürnstein, a picture-perfect town on the Danube in Austria. Famed as a wine-growing region, it's one of 50 annual wine-themed cruises offered by AmaWaterways.

Let’s start with some mouthwatering options. On AmaWaterways’ 2017 “Provence and Spain” itinerary, from March through November with rates starting at $2,899 per person, foodies have the opportunity to go on a truffle hunting excursion. During the morning outing, guests will learn about what truffles are, how they grow, how they’re priced, the different types and the process of “cavage,” or hunting for truffles with dogs. To finish off the excursion, each farm offers a truffle-focused tasting menu paired with French wines.

For 2018, AmaWaterways is offering 50 wine-themed cruises sailing through the wine regions of Austria, Germany, Portugal and France. Highlights include special wine tours and tastings at local wineries and private cellars, visits to renowned vineyards and wine expert-led informative sessions. The goal is to bring a more in-depth epicurean approach to the itineraries — all at no extra cost. Other new items for 2018 include the daily “Sip and Sail” cocktail hour with complimentary wine, beer, spirits and soft drinks, as well as the 158-passenger AmaLea, sailing the Danube, and spring “Tulip Time” cruises.

Booking: Interested in one of these cruises? Save $500 per person, depending on the duration of the cruise, and $750 per person on European Wine Cruises when you book with Cruiseable — for a limited time. Call 1-877-322-3773. 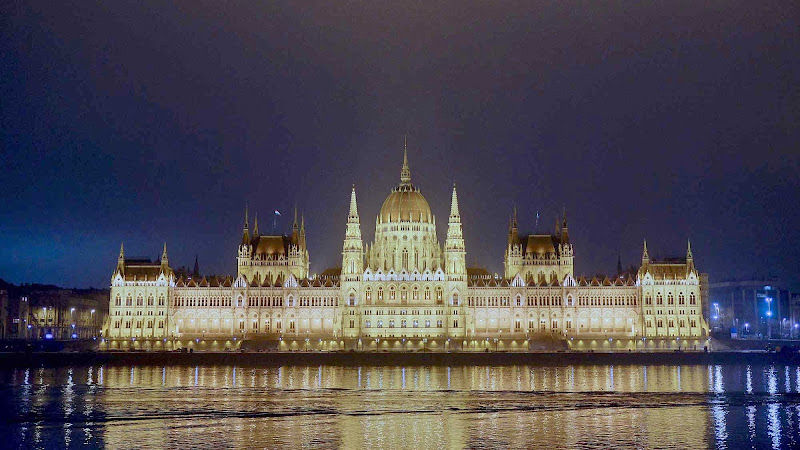 Gabriel Hess / Creative Commons BY-SAThe Parliament Building in Budapest, Hungary, built in a Gothic Revival style and opened in 1904, is a highlight of any river cruise along the Danube.

Targeting active travelers between the ages of 18 to 40, Uniworld Boutique River Cruise Collection is debuting U By Uniworld, open for bookings this March with plans to begin sailings in early 2018. Two of Uniworld’s existing ships, the River Baroness and the River Ambassador, will undergo extensive renovations and design changes that will tailor the ships to be completely dedicated to the U By Uniworld experiences. Uniworld says the ships will feature a contemporary look and feel in all public areas and open spaces and offer communal tables for dining, with a new culinary program, creative mixologists and international DJs on board.

According to Uniworld, “U By Uniworld will offer immersive, authentic and adventurous experiences for the next generation of river cruisers along the Instagram- and Snapchat-worthy rivers of Europe and amazing cities such as Amsterdam, Paris and Budapest.”

Emerald Waterways is offering its first-ever LGBT river cruise in 2017. The 8-day “LGBT Danube Explorer” will depart from Budapest on July 29 and stop in Bratislava, Vienna and Passau before concluding in Nuremberg, Germany. It will feature gay-themed tours in
Vienna and Budapest; a gay film festival in the onboard cinema and an LGBT quiz night, as well as a live broadcast on board the ship for three days during the sailing by the breakfast show hosts of UK radio station Gaydio. Rates start at $2,545 per person (double occupancy).

In the United States 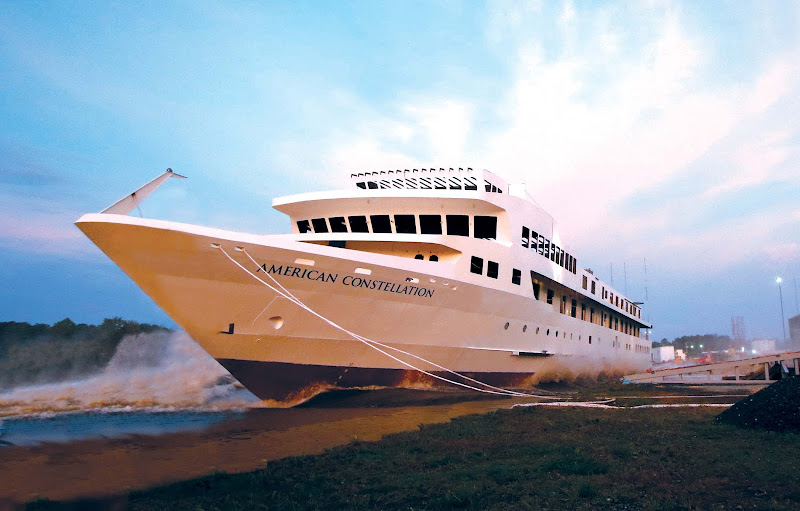 Courtesy of American Cruise LinesA rendering of the upcoming ship American Constellation, designed to navigate the inland waterways of the East Coast.

US-based cruise line expands to 9 ships in May

With the debut of American Constellation in spring 2017, American Cruise Lines will have nine ships in its fleet, and two more are on their way. Set to debut this May, the 170-passenger Constellation features marbled tile bathrooms, private balconies and floor-to-ceiling sliding glass doors in each stateroom. Designed to navigate the coastal waters of the East Coast, the Constellation will spend much of its inaugural summer season on a new 10-night roundtrip itinerary — “Grand New England” (rates from $5,890 per person) — from Boston to such ports of call as Bar Harbor, Newport, Martha’s Vineyard and Nantucket. Then comes ship No. 10, Constellation’s sister ship, set for 170 passengers and debuting in 2018. The third vessel is a “modern riverboat” that will hold about 195 passengers.

American Queen Steamboat Company will debut the 166-passenger American Duchess on the Mississippi River in June 2017. If you're interested, better hurry, because the cruise line is reporting record-setting bookings for the inaugural season. This will be the first and only all-suite vessel with lofts on the Mississippi, featuring three 550-square-foot Owner’s Suites, four 550-sq.-ft. Loft Suites, and two 450-sq.-ft. Deluxe Suites, as well as spacious Verandah Suites and Interior Suites. Fares begin at $1,499 per person based on double occupancy. 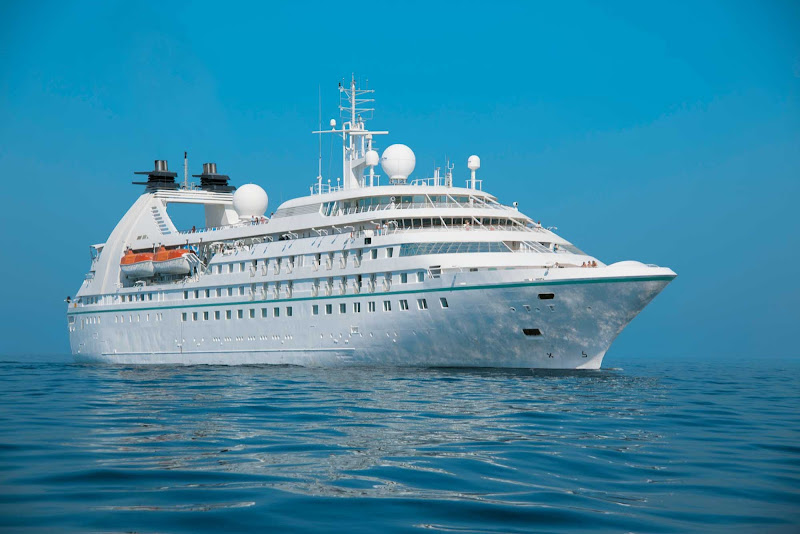 For its 2017-2018 season, Windstar Cruises’ 212-passenger Star Legend yacht will sail to new harbors in Japan, China, Thailand, the Philippines, Vietnam, Borneo and India. Windstar’s six Asian itineraries offer a choice of 10 departure dates and include a round-trip Singapore cruise to Malaysia and Thailand; three cruises between Singapore and Hong Kong via Malaysia, Borneo, Brunei and the Philippines; and two Hong Kong to Bangkok cruises via Vietnam, among others.

Passengers will have the chance to visit cosmopolitan cities such as Singapore, Hong Kong, Tokyo and Bangkok, as well as explore smaller ports and villages, unspoiled islands and exotic shores in Thailand, South Korea and Borneo. The yacht will anchor at hidden harbors and tropical islands along the South China Sea, where cruisers can swim, snorkel, water ski and go paddleboarding. There are sailings on the Yangtze River and kayaking amid towering limestone pillars in Ha Long Bay. 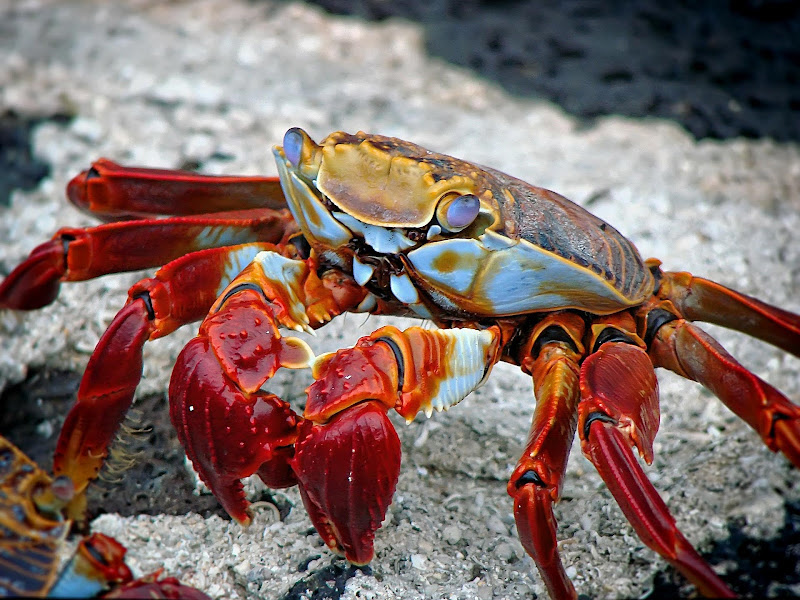 For 2017, UnCruise Adventures has 10 opportunities to discover Ecuador with updated 9-day trips in Quito and the Galapagos. One of the cruise line’s new itineraries, “Darwin’s Islands & Colonial Quito,” spends two days sightseeing in Quito and seven days cruising the islands on the 48-passenger La Pinta. The 7-day cruise portion sails from Isla Baltra and visits Seymour Norte, Isabela, Fernandina, Rabida, Santa Cruz and Floreana. There are stops at the Charles Darwin Research Center, the geological marine site of Punta Vicente Roca and Isla Rabida’s red beach. Rates start at $8,295 per person based on double occupancy.

For those of you who can’t tear yourselves away from adventure travel, the line is offering two land tour extensions, including a 4-night Amazon rainforest cruise that explores the Amazon Basin (rates start at $2,725 per person dbl); and a 6-night tour that takes in Machu Picchu and Peru’s Sacred Valley (starting at $4,695 per person dbl). 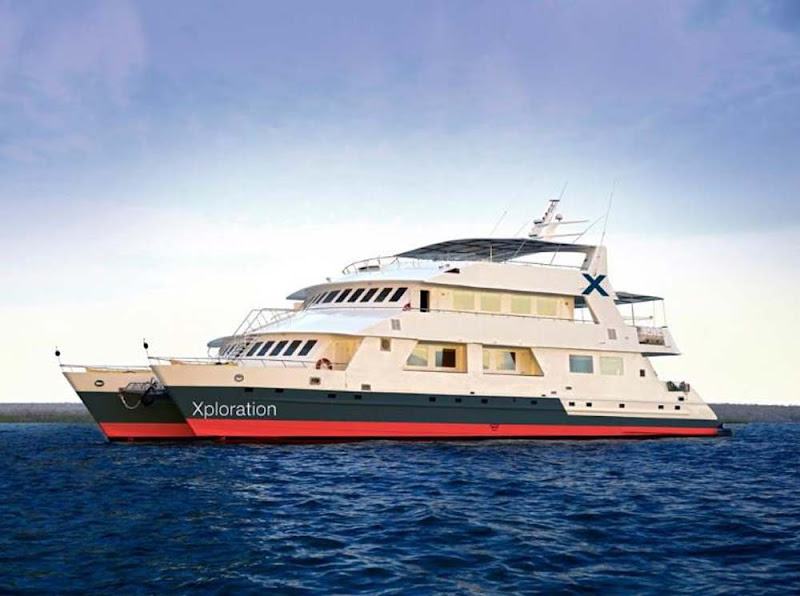 Courtesy of Celebrity CruisesCelebrity Xploration begins sailings to the Galapagos in 2017.

Celebrity Cruises, too, is putting the focus on the Galapagos in 2017 with the newly upgraded 16-guest Celebrity Xploration catamaran (only eight staterooms and Junior suites, all offering luxury amenities) sailing two alternating itineraries: the 7-night “Galapagos Southern Loop” and “Galapagos Northern Loop” (rates start at $6,799 per person). Newly upgraded public areas include a refreshed bar in the Al Fresco outdoor grill area; a modernized dining room; climate-controlled wine storage for each varietal; revitalized sun deck, and renovated main lounge and boutique area featuring two 65-inch TVs. Cruises will offer shore excursions led by expert naturalists and feature fresh regional seafood and fish with menus inspired by Celebrity’s Michelin-starred chef. The small ship is a good choice for multi-generational families or those looking to charter a sailing.

The 228-guest Scenic Eclipse, with six restaurants, a 5,000-square-foot spa, multiple pools, all-veranda suites that range from 350 to 2,500 square feet -- plus two helicopters and a 7-seat submarine -- will cruise throughout the world, including Antarctica and the Arctic when it launches in 2018. So be on the lookout for Scenic to move from luxury river cruises into luxury expedition cruising.

We know it’s not a “small ship” — although by today’s standards, it’s quite intimate with only 922 guests — but we wanted to call out Crystal Cruises’ "Film & Theatre Voyage" aboard Crystal Symphony. Paying tribute to Barbra Streisand, the sailing will feature leading Streisand tribute artist Sharon Owens, who will perform in stage shows and host receptions. Additionally, industry producers, songwriters, musicians, costumers and photographers who have worked with the artist will share stories and anecdotes of their careers. Of course, there will also be special screenings of Streisand’s hit films shown in the Hollywood Theatre. This will all take place during the 19-day "Panama Canal Adventure," which departs Los Angeles for New York on April 30, calling on Puerto Vallarta and Huatulco, Mexico; San Juan del Sur, Nicaragua; Panama City, Panama; Cartagena, Colombia; and Charleston, South Carolina, and, of course, transits the Panama Canal. Rates start at $5,995 pe person.