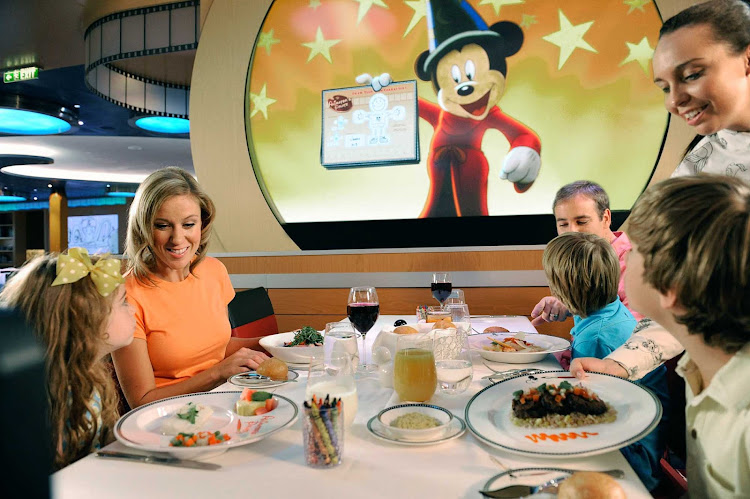 Have dinner at Animator's Palate, the main restaurant aboard Disney Fantasy located on deck 3 toward the rear, surrounded by Disney animation artwork. Dinners include a show featuring Disney characters.

And Adventures by Disney River Cruises

Disney has raised the bar for creative kids’ programming and shore excursions, and a ship design that enables every member of the family — from infants (there is a stand-out nursery) to seniors — to have a real vacation, complete with fireworks at sea. “Dine and Play” means kids are served dinner in an expedited fashion so youth counselors can escort them to organized activities while parents linger. Special shore excursions are designed so parents get a break part of the time.

From now through April, Disney Cruise Line joins “Star Wars” fever with "Star Wars Day at Sea," featuring a brand-new celebration aboard eight special sailings of Disney Fantasy. Guests will be transported to a “galaxy far, far away” to meet favorite characters and participate in themed activities.  Screenings of “Star Wars “movies and the new XD animated series “Star Wars Rebels” will be presented on board. 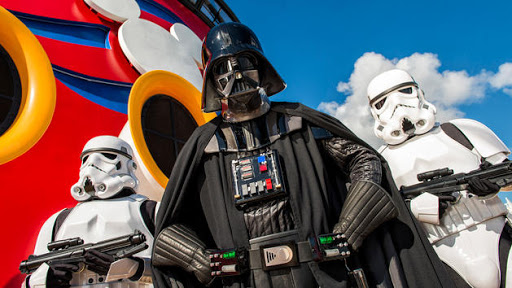 Courtesy of Disney Cruise Line"Star Wars Day at Sea" is exclusive to the Disney Fantasy on select Western Caribbean sailings, through April 2016.

In 2016 for the first time Adventures by Disney is offering seven river cruise itineraries, five in the summer and two in the winter sailing with AmaWaterways along the Danube River with destinations in Germany, Austria, Slovakia and Hungary.

Summer 2016 brings several exciting itineraries to Disney Cruise Line passengers. Completely new to Disney are cruises to the British Isles. Other destinations for 2016 include a return to Norway and Iceland. Sailing on its maiden voyage from Dover, England, in June 2016, the 12-night Disney Magic cruise will make stops in England, Scotland, Ireland, Le Havre and Guernsey, one of the Channel Islands. Later in June and in July, two new 12-night Disney Magic cruises, one  departing from Dover and one from Copenhagen, will include stops in Reykjavik and Akureyri, Iceland; Stavanger, Oslo and Kristiansand, Norway; Newcastle, England, and Invergordon, Scotland. A first time (7-night) cruise to the Norwegian fjords will depart in May from Dover.

Other top destinations offered in 2016 include Northern Europe, the Greek Isles and the Mediterranean. Disney Wonder will return to Alaska, sailing from Vancouver, and Disney Dream and Disney Fantasy will sail from Port Canaveral to the Bahamas and to the Caribbean, with stops on Castaway Cay.

Children ages 6 months to 3 years are welcome at the It’s a Small World and Flounder’s Reef nurseries, where they’ll be cared for by trained counselors ($9/hour for first child, $8/hour for second child from same family). In partnership with online retailer Babies Travel Lite, Disney Cruise Line guests can also pre-order baby supplies for delivery to their staterooms. Reservations are strongly recommended. 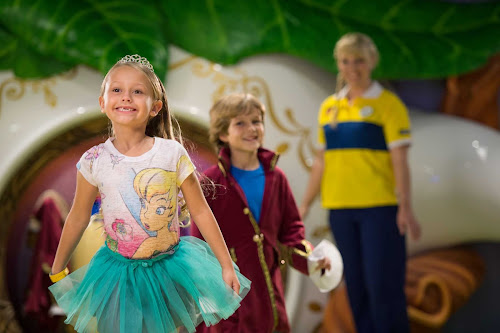 Courtesy of Disney Cruise LineLittle girls can dress up as a fairy princess and boys can transform into a wizard, among other activities, in the Oceaneer Club on Disney Magic.

Open to kids ages 3-12, the Oceaneer Club is the ultimate destination for creativity and fun. At Marvel’s Avengers Academy, kids join Marvel characters in their latest crime-fighting missions. In Andy’s Room, the stars of Toy Story come to life in a multi-level space stocked with Andy’s favorite toys. Kids will also enjoy making crafts and playing games in the Mickey Mouse Club, or exploring the world of Tinker Bell and friends at Pixie Hollow. And don’t forget the Oceaneer Lab. This pirate-themed, interactive space features an animator’s studio, Navigator Simulators, and more. The Oceaneer Lab has a space theme on Disney Wonder.

The 11- to 14-year-olds have their own Edge club with flat-screen TVs, the latest videogames, theme nights and karaoke.

Teens 14-17 have their own Vibe club and, on the Disney Dream and Disney Fantasy, their own sun deck. Open all day (and half of the night), the areas are the perfect chill-out spots with comfy couches and  a 103-inch LCD screen with digital surround sound for video games.  Club hours of operation are typically from 11 am to 2 am, except on the day of embarkation. There are special teen shore excursions like the Wild Side at Castaway Cay, where teens explore, snorkel and go boating around the island.

On Disney ships you'll find everything from character meals and meet-and-greets to first-run movies and Broadway-caliber entertainment to adult-only restaurants and deck areas. Families love Disney’s private island Castaway Cay with its snorkeling lagoon and kayaking, as well as chances to swim with the stingrays, play in the water park or head to separate adult and teen beaches.

Have you and your family cruised on Disney? What was the highlight? Did we overlook anything in this roundup? Please leave a comment below.