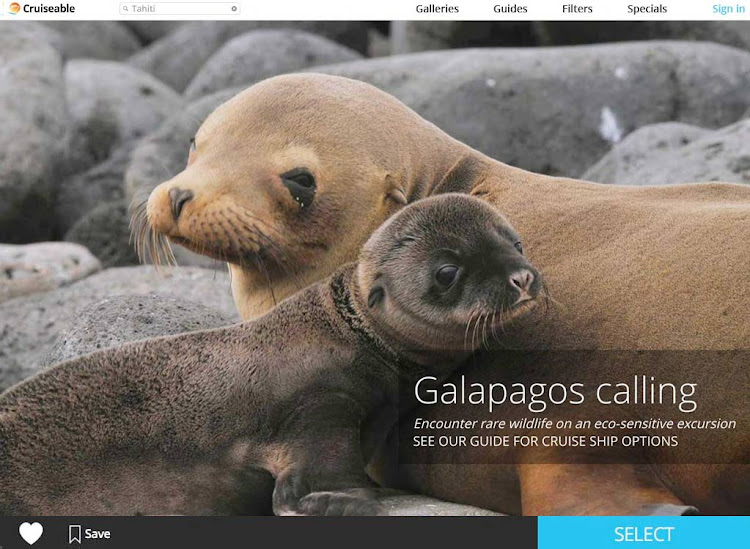 The Cruiseable mobile app for iOS, available for free on the iPad and iPhone.

Consumers get more options to find, plan and book a cruise

SAN FRANCISCO, July 15, 2015 — Cruiseable, an independent travel company, today announced the debut of its photo-centric mobile app to help users discover, plan and book cruise vacations. Cruiseable debuted in March 2015 with the launch of its website.

After six months of development, the company released the free Cruiseable app, available for the iPhone and iPad. The mobile app allows users to search for ships, destinations and itineraries, view maps, read 200 original travel guides, receive deal alerts and browse through a visual library of more than 10,000 images.

Cruiseable works across multiple devices, so a user might begin a search on her smartphone while riding the subway, browse through photo galleries on an iPad after returning home and book a cruise on a laptop or mobile device, Lasica said. A notable feature of the Cruiseable app is that users can save articles, photos or cruises for later by tapping a bookmark icon – and then see their personalized library of content when they log in on their home computer.

“The Cruiseable app fills a big hole in the market,” said Giacomo Balli, chief technology officer. “Until now, consumers were limited to cruise discovery apps from the cruise lines, which steer you to their own ships, or from travel agencies. This is a tool intended to empower travelers with information and tips from fellow cruisers, not from the cruise lines’ marketing departments.”

“Both the app and the website draw from a single database,” Balli explained. “If you upload a photo or video or save an item while logged into the website, it shows up on your app a moment later – not weeks later when a new version of the app is released. And if you do something on the app, it’s reflected on the website instantly. That’s pretty cool.”

Lasica said the Cruiseable team wanted to build technologies that bridge the “artificial divide” between apps and the Web. “We think you want to explore, plan and book your cruise regardless of which device you’re using,” he said.

Unlike the vast majority of universal apps, the Cruiseable app on the iPad is not just a larger version of the iPhone app. The app was tailored to perform differently on the two platforms.

“The iPhone is about swiping down vertically, Instagram style,” Balli said. “The iPad is about swiping across and getting immersed in these thousands of big, gorgeous full-screen images. Even the website somewhat resembles an app because it was designed with a mobile experience in mind.”

Digital assets: Images & logos for the media's free use