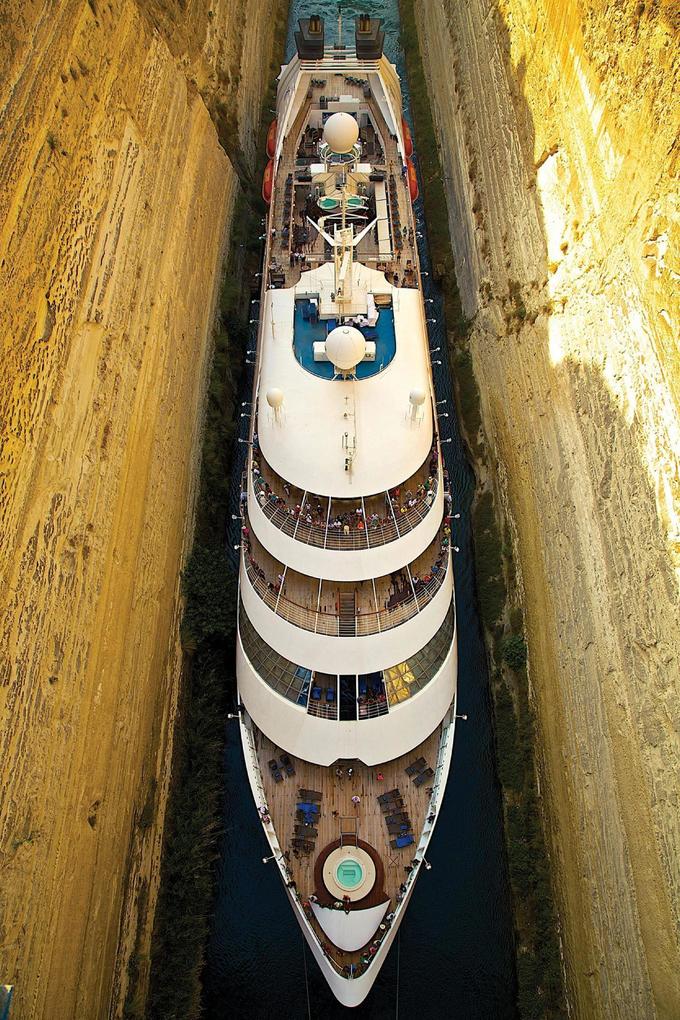 Can affordable luxury cruising get any better? We’re splashing out in a suite – all 106 staterooms are outside suites that come with huge picture windows or balconies plus living areas (where we can order multi-course dinners if we wish). There’s even a walk-in closet. We have deluxe L’Occitane bath products, his-and-hers sinks and a full-size bathtub too in the marble bathroom. And, oh, the food! How are we going to zip up our pants with the food being this scrumptious?

Welcome to the Star Pride – the first in a trio of Windstar Cruises’ new “star class” yachts. Windstar prides itself on their ports-of-call being the chief attraction. We fondly recall our Tahiti and Amalfi Coast cruises on Windstar’s tall ships – intimate enough to nose into hidden bays and secluded villages the big ship contenders can only dream about. But if the new Star Pride is any indication, the “star class” yachts can boast star power themselves.

Until recently, Windstar was known for its three motorized, tall-ship yachts (Wind Surf, Wind Spirit and Wind Star). The line then acquired the 440-foot Pride from the luxury Seabourn fleet, which set sail as the Star Pride under the Windstar flag in 2014. Two sister ships were also plucked from Seabourn, and after a multi-million dollar transformation (double the upgrades of the Star Pride), the Star Legend and Star Breeze were launched by Windstar in May, 2015. The three “star class” yachts offer a new level of luxury for port-hopping Windstar guests.

Windstar "Star Class" ships are small luxury ships that can go to ports of call that the large mega ships cannot go to. I especially like the concept of casual elegance and the lack of need for a jacket or tie.

You can read more about these three fantastic ships right here on Cruiseable: