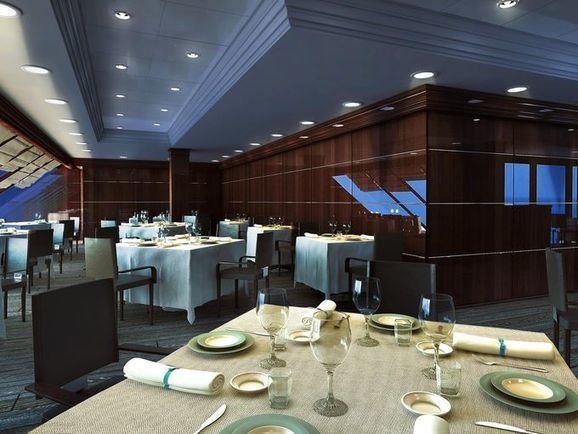 Oceania Cruises is planning two new eateries for the ship it's taking over from Princess Cruises in April.

The 684-passenger Sirena will feature a new-for-the-line Italian restaurant called Tuscan Steak that will serve steaks and seafood with a Tuscan flair. The line says it'll be inspired by the traditional steak house Polo Grill and Italian eatery Toscana that are found on other Oceania ships.

Also new on Sirena will be a version of the contemporary Asian-inspired restaurant Red Ginger that's found on Oceania's two newest ships, Marina and Riviera.

In addition, Oceania plans to transform the Sirena's Grand Dining Room into a Jacques Bistro for lunch. The French eatery created by famed chef and Oceania executive culinary director Jacques Pépin also is found on Marina and Riviera.

Oceania is planning many new dining venues to the Sirena as it is remodeled and overhauled before going into service next year.

Oceania has taken over the Princess Cruises ship Ocean Princess.