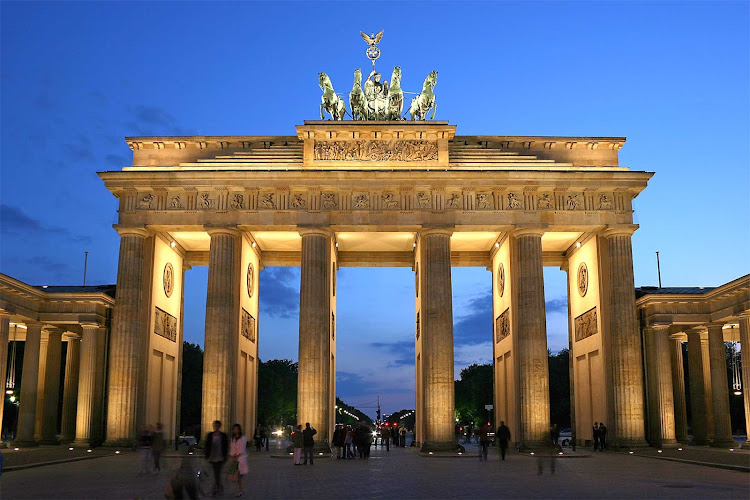 The Brandenburg Gate in the Moabit section of Berlin is a former city gate, rebuilt in the late 1700s as a neoclassical triumphal arch. It's one of Germany's best-known landmarks.

From www.washingtonpost.com via Scoop.it:

A Baltic Sea cruise to St. Petersburg, Russia’s historic showplace, offers wonders galore, punctuated by breathtaking onboard views of dramatic Nordic coastlines. But I had a specific mission in mind for the seven-day voyage my wife, Eileen, and I took there this August — one that began with an excursion to Berlin. As a former U.S. Army cold warrior 45 years ago, briefly based in what was then West Germany, I aimed to make some sense of the vast changes in Europe since the Soviet Union’s collapse.

Thanks to cultural insights gleaned in Germany’s stately gem of a capital, and in Russia’s glittering “second city,” with its ornate czarist palaces filled with artistic treasures, we returned to the United States feeling far more knowledgeable about the country that Winston Churchill famously called “a riddle wrapped in a mystery inside an enigma.” For this, we also give a nod to our local tour guides as well as the ship’s lecturers.

A Baltic Cruise is on my bucket list and after reading this article, I may have to bump it up in priority. This cruise aboard Crystal Cruise Lines, Symphony cruise ship seems like the ideal way to see this region in a immersive way.