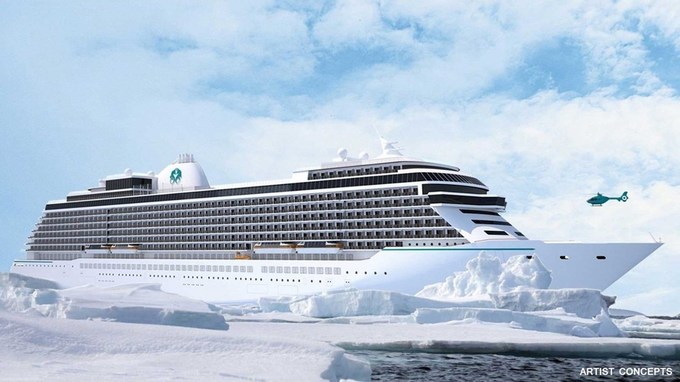 Plus, Crystal will expand into adventure, yacht and river cruising, and luxury jet trips.

The line has signed a letter of intent with Lloyd Werft to build the ocean ships, which will have an unprecedented space ratio of 100 gross tons of space per guest, Crystal said. The minimum size of the cabins on the ships will be 400 square feet.

The first ship is due for delivery in late 2018. The ships will be built to sail in polar waters, Crystal said.

Patti Pietschmann, National Cruise Correspondent for Examiner.com, adds this in her spot-on coverage:

And there’s more, in late 2018 Crystal will introduce “Crystal Exclusive Class” launching three new “Crystal Exclusive Class,” cruise ships that will make Crystal the first-ever cruise line to deliver expedition-capable ships with all the signature features and amenities of a luxury ship or private yacht. The all-suite, all balcony ship will accommodate 1,000 guests ...

Crystal Cruises is doing a major expansion and is going to be offering more than just ocean cruising.

These additions to the Crystal Cruise brand will be giving both the luxury and adventure cruise traveler new options.