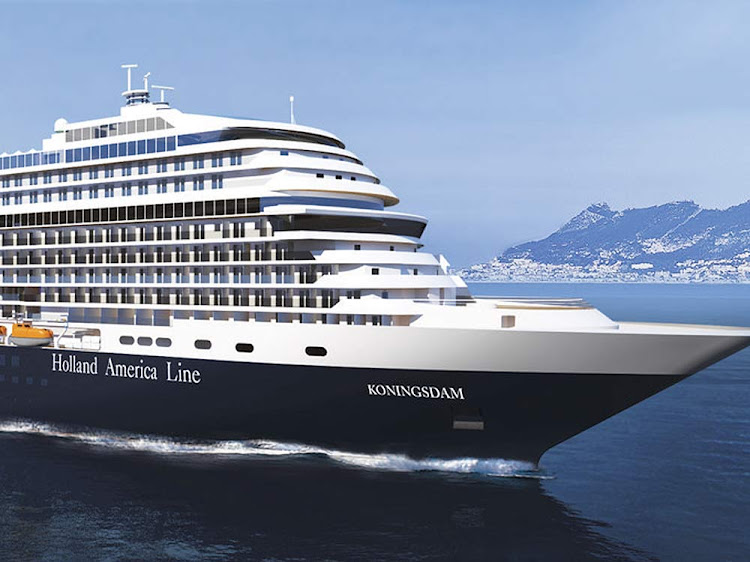 Holland America Line's Koningsdam carries 2,650 passengers on itineraries in the Mediterranean and Caribbean.

With quite a few ships set to debut, 2016 is shaping up to be a banner year for new ships from the major cruise lines. As the number of cruise passengers worldwide pushes past the 23 million mark and the cruise markets in Australia and China continue to boom, cruise lines are busy trying to keep up the demand.

The new ships coming online are bigger and badder, with modern designs and state-of-the-art technologies. Honestly, I can barely wait for all of these ships' maiden voyages.

Here, then, are our picks of the 8 biggest cruise ship debuts of 2016, and what's particularly notable about them.

Highlights: Koningsdam will be not only the largest ship in the Holland America fleet but also the most modern, with lots of innovations to entice a younger audience. Look for a classy décor (including a trippy atrium skylight) from design guru Adam Tihany; a new French seafood restaurant, Sel de Mer; a new farm-to-table dinner experience at the Culinary Arts Center; classical music performances elevated by Holland America's new partnership with Lincoln Center; a new class of solo and family cabins, and more. After setting sail in April with itineraries in the Med, Baltic and northern Europe, Koningsdam will head to the Caribbean on round-trip voyages from Ft. Lauderdale, Fla.

Here's a one-minute video preview of Harmony of the Seas from Royal Caribbean.

Harmony of the Seas

Expected launch date: May 2016 in Europe

What's notable: Royal Caribbean's Harmony of the Seas, the third Oasis class ship after Oasis of the Seas and Allure of the Seas, will be the world's largest cruise ship, carrying 5,479 passengers. Look for an aqua park for the kids, high-speed Internet throughout the ship, robot bartenders at the Bionic Bar, a skydiving simulator, North Star viewing pod, bumper cars and the Ultimate Abyss, the tallest water slide at sea with with a 100-foot drop. The ship will sail the Mediterranean before heading in November to Florida for Caribbean itineraries during the winter of 2016-17.

Expected launch date: May 2016 in the Mediterranean

What's notable: Carnival Vista will be Carnival's biggest ship when she debuts in Italy on May 1, 2016 to start a 13-day European cruise. Look for the first IMAX theater at sea, an adults-only Serenity retreat area, a Cloud 9 spa, Camp Ocean for kids up to 12, a SkyRide that lets passengers pedal on an 800-foot track above the Lido deck, and Cuban-themed rooms and outdoor hangouts such as the Havana Bar & Pool. The Vista will initially offer Mediterranean itineraries to such countries as Spain, France, Croatia and Turkey. She will move to Miami in November 2016 for Caribbean sailings year round.

What's notable: April 2016 will mark the debut of Oceania's newest upper premium ship, Sirena (formerly Ocean Princess) after a $40 million makeover. Drawing on the recent transformation of Oceania's Nautica as inspiration, the midsize ship will feature signature Oceania restaurants such as Toscana and Polo Grill. Her decks will be refurbished in fine teak, custom stone and tile work, and her lounges, suites and staterooms will boast luxurious neo-classical furnishings.

What's notable: One of our favorite cruise lines, Seabourn, introduces Seabourn Encore in December. The  ship is modeled after the award-winning trio of ships introduced with Seabourn Odyssey in 2009. Encore represents another stage of the small-ship cruising world, which Seabourn helped pioneer. All 302 suites on board have private balconies.While the architecture of the ship is similar to the other three Seabourn ships, the interiors represent the kind of luxury found on private yachts.

Here's a 13-minutes video about features of the upcoming Seven Seas Explorer.

What's notable: Seven Seas Explorer will debut in July 2016 as the first new ship from Regent Seven Seas Cruises in some time. The cruise line promises "the most luxurious ship ever built." The all-suite, all-balcony ship will offer guests all-inclusive luxury at sea. She will feature three specialty restaurants, including Chartreuse, a French-inspired dining venue, and the Prime 7 steakhouse found on other Regent ships. Passengers can journey to the world’s most beautiful places in spacious designer suites, indulge in a decadent treatment at the Canyon Ranch SpaClub, enjoy a musical performance in a plush lounge and delight in extensive gourmet dining throughout the day and night. Sign me up! 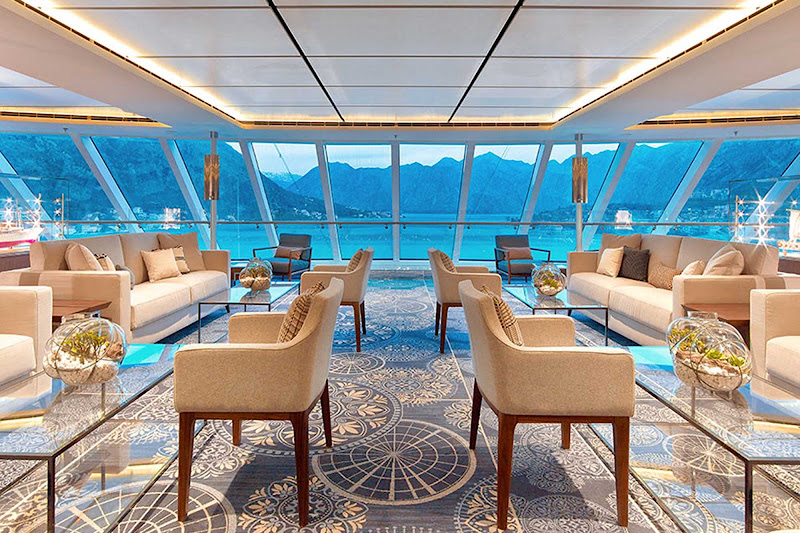 What's notable: Viking Ocean Cruises plans to debut its second ocean cruise ship in April 2016. Nearly identical to its sister ship, Viking Star, the 930-passenger Viking Sea will focus on destination immersion, giving passengers plenty of time to explore ports large and small. The ship will include several of the popular features of Viking's river ships, including Scandinavian flourishes, the al fresco dining venue Aquavit Terrace, lots of outdoor space on the sundeck and a promenade that encircles the ship.

What's notable: Ovation of the Seas features most of the same venues and attractions as its sister ships, Quantum of the Seas and Anthem of the Seas, with features such as North Star viewing pod, a skydiving simulator, a big poolside digital movie screen, an indoor rec center with bumper cars and roller skating, FlowRiders (surf simulators), those cool virtual balconies for inside cabins and high-speed Internet. You'll also find a circus school, Broadway productions, and the innovative entertainment space Two70, which integrates HD-digital technology with singing, dancing and aerial shows. just don't look for any Caribbean getaways in the near future. The ship is launching in Europe and will sail to Singapore and China before heading to its home port in Sydney.

Here are some of the ships slated to debut in 2017:

• Lindblad Expeditions has two new 100-passenger ships arriving in the second quarters of 2017 and 2018.

• Plus, yet-to-be-named ships from Carnival, Star Clippers and Princess Cruises.

And finally, let's not overlook the impressive ships launched in 2015, including Norwegian Escape, Royal Caribbean's Anthem of the Seas, Viking's Viking Star and Crystal Esprit, among others.

What did I overlook? Or what's your take on upcoming ships? Please share in the comments.